At home in exile 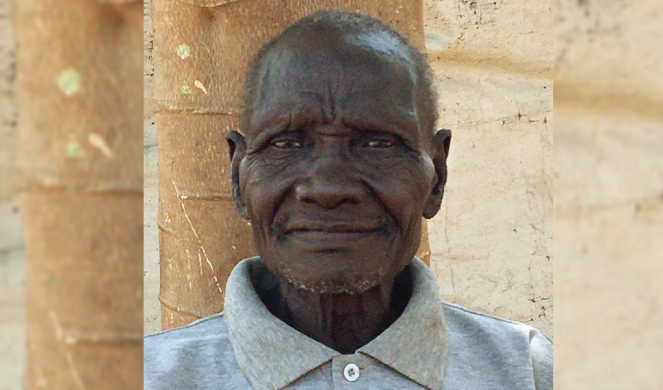 Twenty years ago we selected an elder in one of the embattled churches of southern Sudan as our Daniel of the Year. I met Michael Yerko Nadi under sparse trees in hotly contested Blue Nile state. He was doing what he’s done for decades: teaching students and leading churches under whatever demands war made of him.

At that time government forces near his hometown, Wadega, had attacked and destroyed villages, burned crops, and leveled a former missionary compound. Michael took the concrete blocks from the rubble to make desks and chairs, leaned a broken blackboard against a tree trunk, and kept teaching.

“Christianity in Blue Nile is very difficult,” he told me then with a wry smile.

That day in May 2000, I traveled Sudan’s dirt tracks in the back of a tractor to find Michael and others, riding for hours with rebel soldiers and relief workers while seated on a fuel can, someone’s AK-47 wedged between my knees. With fighting nearby, at Wadega a spontaneous camp for war displaced grew to 20,000 people almost overnight, all fleeing Sudan’s National Islamic Front army as it targeted Christian villages.

He was doing what he’s done for decades: teaching students and leading churches.

The women and children wore shreds of clothing and were eating cornhusks. Michael desperately tried to organize relief supplies. Already many were dying. Malnutrition and measles outbreaks would be his constant companions as he helped run the camp for months, plus raiders stealing supplies, and war. He would keep working without losing hope.

Last month I traveled through technology to reconnect with Michael, across the decades of war, peace, and war again, this time via WhatsApp and during a pandemic. A missionary-doctor friend in Africa contacted an Ethiopian evangelist named Getachew, who works in what is now South Sudan. Getachew knew Michael only by reputation but located him living in a different Blue Nile camp, at Doro. Once a mission station, it’s presently home to about 150,000 refugees who escaped a new wave of warfare beginning in 2011.

Michael, who goes by Michael Salim now, is approaching 90 (he doesn’t know his birth date). He is reaching the end of his days much as he did when they began, forcibly displaced by conflict and persecution.

The Arab Muslim-led government in 1963 forced Michael, like many tribal southerners, to work in Khartoum. Islam lured him until he met Christians while attending a Sunday school class to learn English. He was baptized, married, and raised six children in Khartoum.

He returned to Wadega in 1979 an outlier—a literate Christian speaking English seeking to convert his fellow Jumjum tribe members, who clung to old traditions like animal sacrifice and witchcraft, or had converted to Islam. A missionary who served in the area told me there were fewer than a dozen Jumjum Christians in those years.

Michael has been too weak and ill to attend church this year, but he spoke outside a tent while children played around him. “It’s wonderful to hear such a joyful word from an old saint who is far from home,” said Getachew. Michael prayed for the young evangelist before they parted.

Watching Michael, I thought of Moses, an epic wanderer whose last song in Deuteronomy 33 was one of blessing and remembrance. “There is none like God, O Jeshurun [Israel], who rides through the heavens to your help, through the skies in his majesty. The eternal God is your dwelling place, and underneath are the everlasting arms.”

I once was in correspondence with an elderly woman who had worked as a missionary to Sudan. My correspondence was back in the late 80s. It was so long ago I forget her name, but she spent many years there. She would be joyful (or is) to hear of the growth of the church in Sudan and the faithful men like Michael Nadi who have kept the faith growing. Let us continue to pray for the Christians of Africa that God would protect them and that great revival would continue.