Jake Van Wyk is in his studio in Sioux Center, Iowa, by 5:30 a.m. It is light, airy, organized. He lets public radio or rock music blast through the speakers in every corner, then gets his hands dirty.

After 30 years as a full-time college professor, Van Wyk enjoys how retirement allows him to pour so much work into his avocations. He may spend the morning at the pottery wheel, working with a clay mix he wrote the recipe for himself, or he may be in the next workroom over, re-creating a 19th-century printing process called stone lithography.

“It’s physical and it’s difficult,” he says of the lithography. “If you want to do something the hard way, I’m there.”

Van Wyk grew up as a first-generation American farm kid on the West Coast, and it shows in how he relishes challenging projects and a hands-on approach to life. He turned 70 in June, but he says he would still feel 25 years old if the mirror didn’t remind him: “I like to think I still have that energy, that mindfulness.” 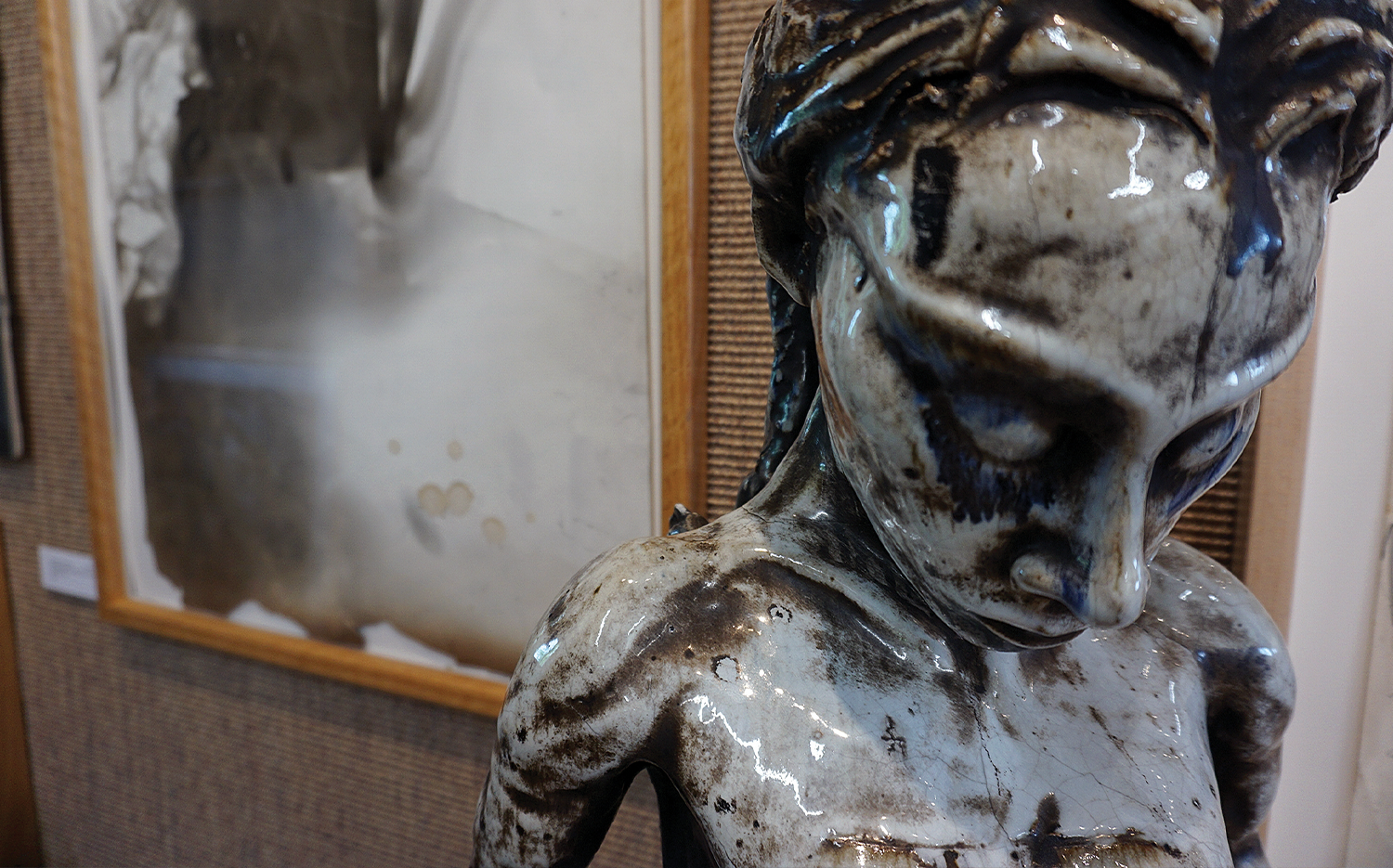 The front part of Van Wyk’s studio, decorated as a gallery, is lined with functional pottery for sale—mugs, vases, platters, baking dishes. His wife Trena, a frequent baker, advises on practical sizes and shapes. He also sometimes draws the occasional landscape.

Van Wyk’s passion, though, is the abstract. His prints and sculptural pottery are often dark and moody, with sweeping abstract lines suggesting apocalyptic themes. His favorite inspirations are angels, demons, and spiritual warfare. Not cute cupids—these beings are swooping shapes and staring eyes.

In 2019, Van Wyk’s kiln—one of his restoration projects—failed and burned down his studio. Van Wyk had uncharacteristically left the kiln to get a quick cup of tea at the house. Once he was aware of the fire, he tried to rush in with a fire extinguisher, but the intense heat threw him back. 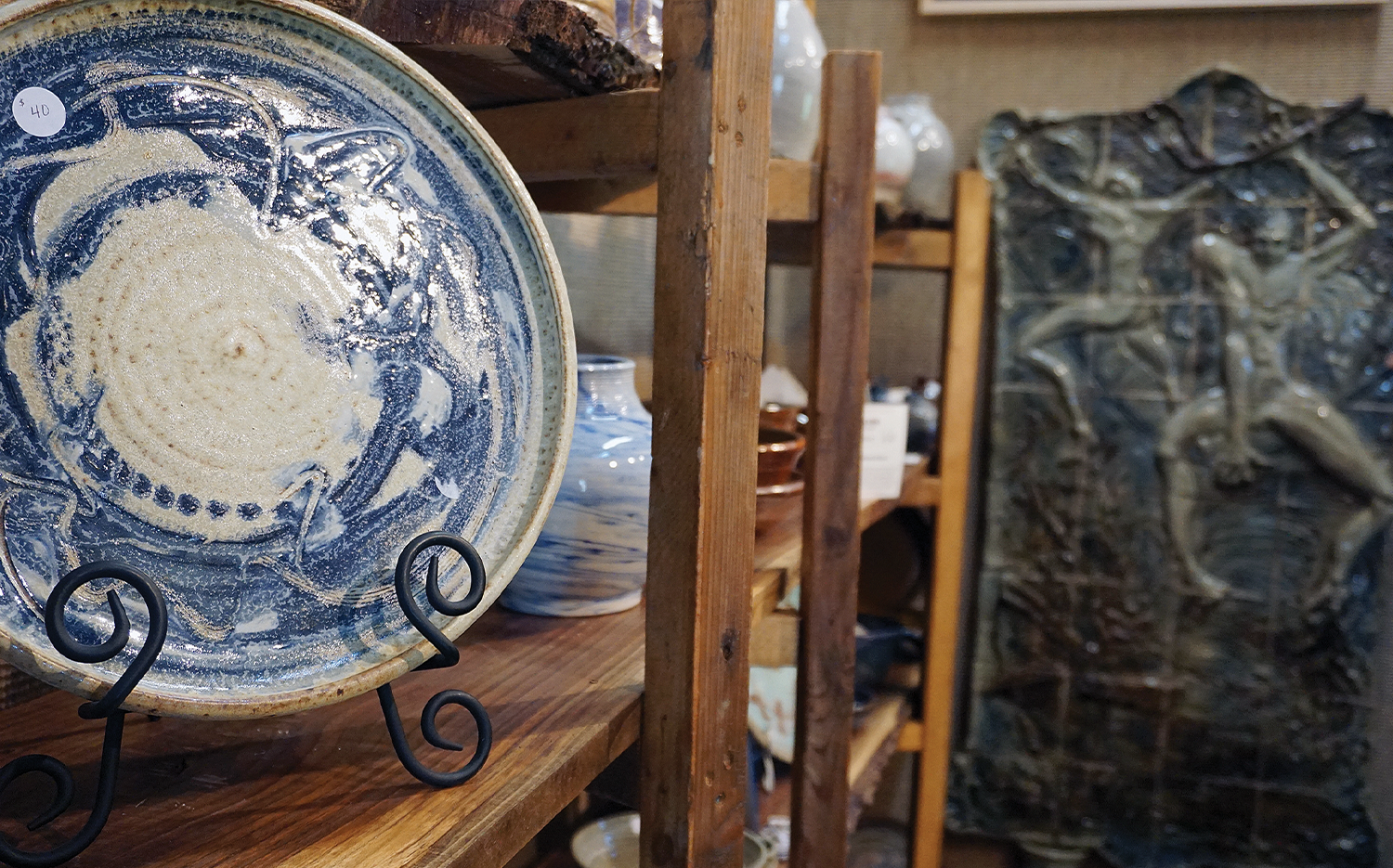 Van Wyk believes that if he had been inside the studio when the fire started, he would have tried to stay and save as many pieces as he could, and the smoke and heat would have overcome him. But because he happened to be out of the studio, he was not even able to enter. “I lost hundreds of pieces. … It was a nightmare.”

It took him about five months to find peace with 47 years of work lost. Now, he can find things to be grateful for: Some appreciated works escaped destruction, and a small handful were even enhanced by the smoke patterns. Insurance and a GoFundMe campaign enabled him to build a better studio than before, constructed on the slab of the old.

He can happily spend as much time as he likes crafting art once more.