Another shot for college students

When students at Dordt University, a Christian liberal arts school in Iowa, read the school’s COVID-19 behavior agreement this year, they found standard precautions: mask-wearing, hand-washing, social distancing. But the four-page document, which students must sign before returning to campus, included an unusual paragraph. By signing below, it said, students agreed Dordt could require them to get an influenza vaccine—and a COVID-19 vaccine when one became available.

The paragraph launched Dordt into a brewing debate about schools and COVID-19 vaccinations. Often, universities rely on national and state regulations to set their vaccine policies, but the potential benefit of an effective COVID-19 vaccine may tempt some to require it on their own. With such a vaccine likely months away, though, many schools remain focused on ensuring students get the flu shot.

A May poll from the Associated Press and the University of Chicago found about half of Americans said they would get a COVID-19 vaccine when one became available. Another 20 percent said they would not, mostly citing concerns about side effects. That month the American College Health Association advised college health centers to budget for providing COVID-19 vaccinations for students.

After fielding questions about its vaccine requirement, Dordt emailed students a clarification kicking the issue down the road. “At present,” the email said, “the best information we have is that an effective vaccine will most likely not be available until after the spring 2021 semester.” Dordt removed the mention of COVID-19 vaccines from its behavior agreement but left open the possibility of a mandatory flu shot.

Unlike Dordt, Cedarville University in Ohio specified it would not mandate any COVID-19 vaccine unless required by state or federal regulations. University representative Janice Supplee said the college’s reopening plan mentioned vaccines in case students already had questions, but it did not state a comprehensive policy decision: “We don’t have a vaccine yet, so it’s not really on our radar.” 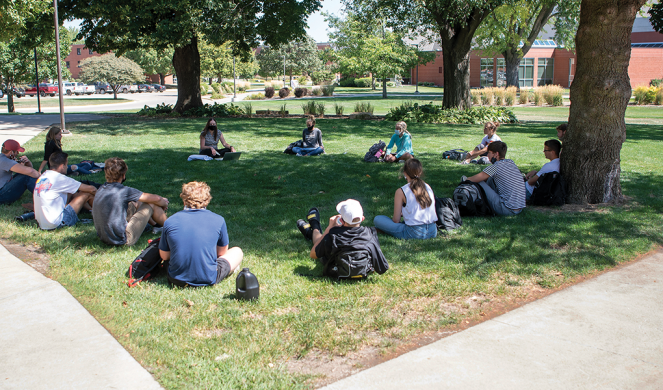 Few schools mentioned COVID-19 vaccines in their reopening plans. But like Dordt, a growing number have embraced the flu vaccine, hoping to prevent a double outbreak. About 70 percent of college students think an annual flu vaccine is important, but only 46 percent usually get one, according to a 2017 survey by the National Foundation for Infectious Diseases. Cedarville provides free flu shots for students and says it vaccinates 20-25 percent of its students each year. This year the school has emailed and texted students reminders to get vaccinated at the school health center or a local pharmacy.

Others go further: The University of Tennessee announced in June it would require all students to get the flu shot before January. The school also said it might require a COVID-19 vaccine, though, like Dordt, it doesn’t expect one to arrive before the school year ends. In August, the University of California system announced its students must get a flu shot by Nov. 1. 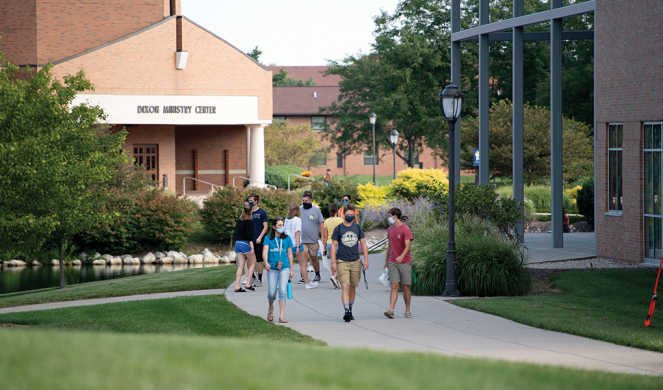 Ben Thomas, a junior studying pharmaceutical sciences at Cedarville, has to get a flu shot to shadow at hospitals, required for his degree. Thomas said he understands why other schools have mandated flu shots, but that in his opinion, Cedarville would face resistance.

“There are a lot of Cedarville students who are against vaccines in general, by choice or by parental guidance,” Thomas said.

He says he’s had the flu twice and sees getting vaccinated as a way to protect more vulnerable people who might catch the virus from him, such as his immunosuppressed friend and pneumonia-prone grandfather. Getting a COVID-19 vaccine could be another safeguard for them.

“I’ll probably get it when it comes out,” he said, “just as a protection.”