A physician treats a patient in the COVID-19 intensive care unit at the United Memorial Medical Center in Houston. Go Nakamura/Getty Images

On a typical day, Dr. Ben Daxon steps from 5 a.m. darkness into the unforgiving fluorescent glare of the Mayo Clinic intensive care unit. He doesn’t have to clock in until 6, but he likes to read up on his patients so he’s prepared with questions for the nursing staff.

Some things are routine, like the hot coffee in his red canteen that braces him against the cold Minnesota air. At a glance, things appear almost ordinary. There are more cleaning products around, but Daxon’s ICU isn’t a dedicated COVID-19 unit. “The care we provide is business-as-usual,” Daxon said. Doctors assess patients as they normally would, providing consistent care and engaging families.

But the environment is different. “There’s a nagging sense that we are in for a long, hard winter and it’s going to be exhausting. We have to shoulder a taxing workload and be flexible as units fill up and additional resources are marshaled to handle contingencies.”

New cases and deaths from the coronavirus in the Midwest are climbing among record-setting days for the whole United States. Johns Hopkins University data show states like Idaho, Iowa, Kansas, South Dakota, and Wyoming have some of the highest rates of new infections in the country, with more than half of COVID-19 tests in South Dakota coming back positive for the virus.

Nine out of 12 Midwest states have seen record high cases this month. Daxon said one night in early November, his ICU was one of only a few in the region with available beds. One physician told Daxon Mayo was the fourth hospital he had called to transfer a critical patient. The other three were at or over capacity. Senior critical care physicians at Mayo say this is perhaps the busiest they have seen the ICUs: They’re handling regular surgical and medical ICU volumes, plus overflow from COVID-19 patients taking up ICU beds.

Still, Daxon’s hospital, the Mayo Clinic in Rochester, Minn., isn’t overrun. And with more than a dozen intensive care units between the hospital system’s two campuses, he doesn’t expect it to be. But Joe Biden’s “dark winter” prediction from the final presidential debate rings truer every day, Daxon said. Already, with peak flu season still months away, Daxon and his Mayo colleagues are seeing an influx of COVID-19 patient transfers from other states—the Dakotas, Wisconsin, Illinois—some as far as eight hours away. Many of his patients—a young new mother, a newlywed in his early 20s, both without underlying health issues—are “falling off a cliff” as they battle the virus. “Young people are not immune” to developing serious complications, Daxon said.

In April, Daxon traveled to New York City as a medical volunteer, one of many in the field offering relief to an overburdened system. Now, he said it’s his region’s turn to accept the extra help.

“There’s really no area of the country that hasn’t had a big surge. Everybody’s very sympathetic to us in this region, just like we were sympathetic to people down in Florida earlier in the year, or Texas,” Daxon said.

In large part, the medical community saw this coming. Centers for Disease Control and Prevention Director Robert Redfield warned in April that this fall and winter may bring a “second wave” of coronavirus cases, compounded by the seasonal flu. Plus, U.S. officials have watched Europe’s cases escalating for weeks, leading several European countries to announce full or partial shutdowns.

“There’s that sense of angst that as the winter bears down on us, and people congregate more indoors, the risk of exposure goes up,” Daxon said. “People are afraid this is going to get worse before it gets better.”

Another factor: Society’s general “COVID fatigue,” as Daxon put it, is working against the healthcare system. Even those who took the virus seriously from the start are growing weary of precautions. 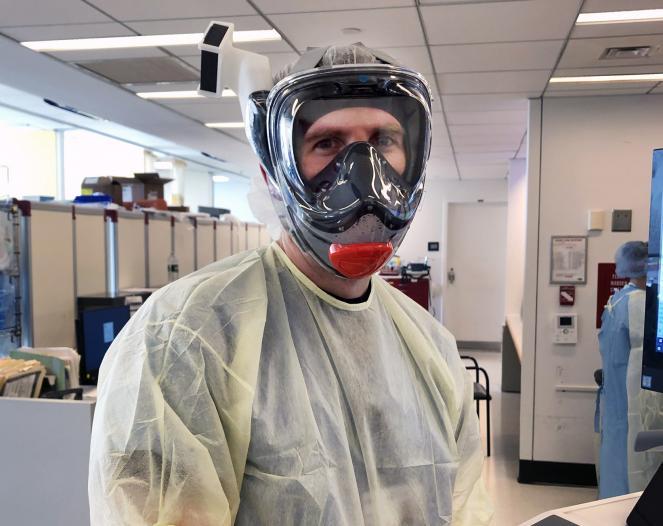 But this wave feels different, Daxon said. One difference: Physicians know more. In March, clinicians focused on finding a “silver bullet” to fight the relentless disease. Now they know some best practices: Administer steroids, if appropriate. Don’t rush to put patients on ventilators. Be judicious with fluids. Put patients in a prone position to take pressure off their lungs. In short, stick with what Daxon called the “bread and butter” of critical care rather than spinning wheels to identify that elusive treatment that may offer a knockout punch.

Unlike in March, doctors have had time to prepare mentally, and the medical community is guarding against the tendency for physician burnout. Daxon said he and his colleagues feel they’re in it together, helping each other more readily with unforeseen schedule changes. And the growing familiarity with the virus comforts him: “Just do the fundamentals [of critical care], do them well, and you’ll do right by the majority of your patients.”

Daxon and a colleague are former military doctors and talked recently about some parallels between their mental state in the service and in confronting COVID-19: “The worst part of the deployment in the military is the week before, where you’re just getting ready and there are all these thoughts about how bad it could be. But once you get into the deployment, you wind up being better than you normally think you are.”

Meanwhile, U.S. health officials remain upbeat about the progress of vaccine research and development. FDA approval for a vaccine could come as early as the end of November. But doses will be limited and distribution strategic. Front-line workers would likely get the first doses, with other critical groups following. Plus, health officials face a staggering task coordinating the logistics surrounding vaccine distribution.

Daxon hesitates to call himself pessimistic about the duration of the pandemic, instead noting the importance of being “realistic.” He thinks we should expect “several months, at best, of just terrible rampage from this virus.” He expects that after a difficult winter and spring, we may again see some relief in summer 2021. But he cautioned that it may be years before society returns to a sense of pre-pandemic normalcy.

He sympathizes with people’s frustrations over pandemic precautions. But, he cautioned, our weariness doesn’t change the virulence of the coronavirus.

“You have an obligation to love your neighbor and serve them, even if you think they’re irrational or overblowing it,” Daxon said. “The little things like wearing a mask don’t cost you much, if anything, but would mean a great deal to other people.”

As it stands, Daxon said, he’s steeling his nerves for a hectic season: “I’m starting a string of night shifts tonight, and I just assume it will be very busy.” Then he checked the hospital census and prepared to get to work.