We recommend 30 books in our Books of the Year special section. Nicholas Guyatt’s extraordinary book Bind Us Apart: How Enlightened Americans Invented Racial Segregation would be one of them except for an impediment: Basic Books published it last year. I missed it then, so I want to give it very honorable mention here.

Guyatt, as his subtitle suggests, shows that most anti-slavery Americans during the late 18th and early 19th centuries were segregationists: They typically wanted gradual emancipation with ex-slaves then moving to Africa or lands west of the Mississippi. That’s well-known among historians.

But Guyatt also reports on a gutsy minority who thought the road to racial reconciliation lay in “amalgamation” via intermarriage between whites and Indians (no one called them Native Americans then) or between whites and blacks. Such proposals, now largely forgotten, grew out of Christian belief: “When they consulted the authorities of scripture or science ... a separate creation for black people could not be squared with the descent of humanity from Adam and Eve; racism, put simply, was a rejection of the Bible’s authority.” 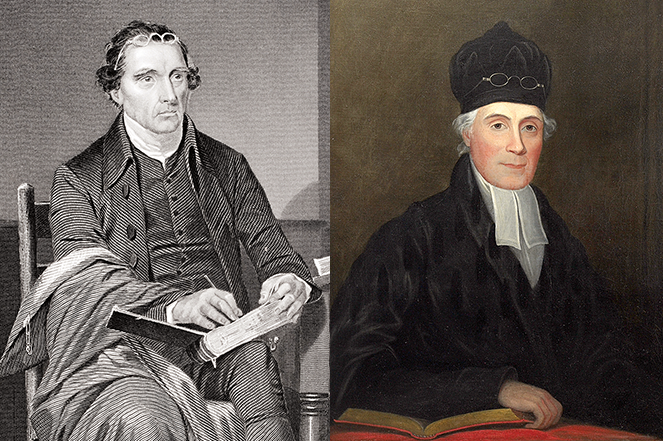 Among the Christian amalgamators:

In 1784 Virginia legislator Patrick Henry proposed a law offering 10 pounds (a British laborer’s half-year wage) to any white man who married an Indian woman. A white woman would receive a similar payment for marrying an Indian man, in the form of a voucher to purchase the agricultural equivalent. (He hoped that it and she would help to “civilize” him.) Intermarried couples would be tax-exempt and would receive five pounds and free education for every child they had. Henry’s bill had momentum until he became Virginia’s governor: Without his presence it fell just short of becoming law. When Kentucky Presbyterian minister David Rice in 1792 pushed for gradual emancipation, pro-slavery opponents complained it would lead to racial mixing, so “our posterity at length would all be Mulattoes.” Rice agreed and said he would accept that future, although it would “appear very unnatural to persons laboring under our prejudices.” He then said he would not let that prejudice “influence my judgment, nor affect my conscience.” He appealed to the “reasonable man who can divest himself of his prejudice.” Samuel Stanhope Smith, president of Princeton (then called the College of New Jersey) from 1795 to 1812 and the Presbyterian General Assembly moderator in 1799, wanted freed blacks to move west and receive farmland, with the goal of eventually having integrated communities. To that end he said the U.S. government should offer incentives for whites to move in with the new black colonists: “Every white man who should marry a black woman, and every white woman who should marry a black man, and reside within the territory, might be entitled to a double portion of land.” After Jedidiah Morse, a New Haven Congregationalist minister and foreign missions executive, traveled through Michigan and Wisconsin in 1820, he bluntly told Secretary of War John C. Calhoun that Indians were “of the same nature … and of one blood with ourselves.” Morse hoped “intermarriage with them become[s] general. … They would be literally of one blood with us.” He said large Indian nations east of the Mississippi should be allowed to stay where they were, with smaller ones encouraged to migrate west.

Calhoun disagreed, and eventually proposed that all should be placed west of the Mississippi: Tragically, the end result was what became known as the Trail of Tears.

Calhoun was different from a predecessor, Secretary of War William Crawford, who in 1816 said about the Indians, “Let intermarriages between them and the whites be encouraged by the government.” Crawford saw a melding of the races as far better than the alternative—extinction or removal. Many politicians attacked him, but the Virginia Argus offered a defense with this Biblical basis: “The present varieties of the human race have originally sprung from the same parent stock.”

Guyatt’s book is fascinating. Sorry to have missed it last year.

Please read the next section in our 2017 Books of the Year issue: “Adventures in exposition”