An unexpected field for ministry

Angolan students grow and share their faith at Chinese universities

Catihe prays with a woman during the 2020 conference for students from Angola and other Portuguese-speaking countries. Illustration by Nina Judson

Weeks before leaving his home in Angola for China in 2016, Stephen Siquila recommitted to his Christian faith. He was one of several students who received a government scholarship to study engineering at Huaqiao University in the city of Quanzhou.

Siquila describes himself as a “baby in the faith” at the time. He tried to set up a Bible study with his peers but lacked any training on how to run it or answer any of the questions that came up. That curiosity spurred a partnership with an Angolan student ministry back home and fueled other local efforts in a country still hostile to Christianity.

Angola provides the foreign scholarships to students like Siquila that allow them to study abroad, including in China, a nation that continues to grow its influence across Africa.

When Siquila was at a loss for how to make his Bible study work, he contacted Frederico Catihe, who leads the evangelical student ministry in Angola (otherwise known as International Fellowship of Evangelical Students in other countries). “He had a lot of questions about his relationship with the Lord,” Catihe recalled.

Catihe has traveled to China three times since 2018 to meet with the group that had grown to include more than 50 students at one point. The visits allowed him to hold more study sessions and one-on-one meetings with them. “I could see it strengthened the group,” he said.

His last visit in 2020 saw the group welcome students from other Portuguese-speaking countries, including Brazil and Mozambique. Catihe credits Siquila’s curiosity for spurring the effort that now includes plans to set up a similar ministry for Angolan students in Poland, Portugal, and Russia.

He says this season in the students’ life, while they are away from their homes and comfort zones, offers a key ministry opportunity. “They’re studying in university and might become key influencers in the country or elsewhere,” he explained. “If we can reach them while they’re still students, they can influence the country or the world.”

Their global impact has already begun. Many of the students have also joined international churches. Priscilla Nobre, another Angolan student at the same university, found the church fellowship and other welcoming activities, despite some language barriers. 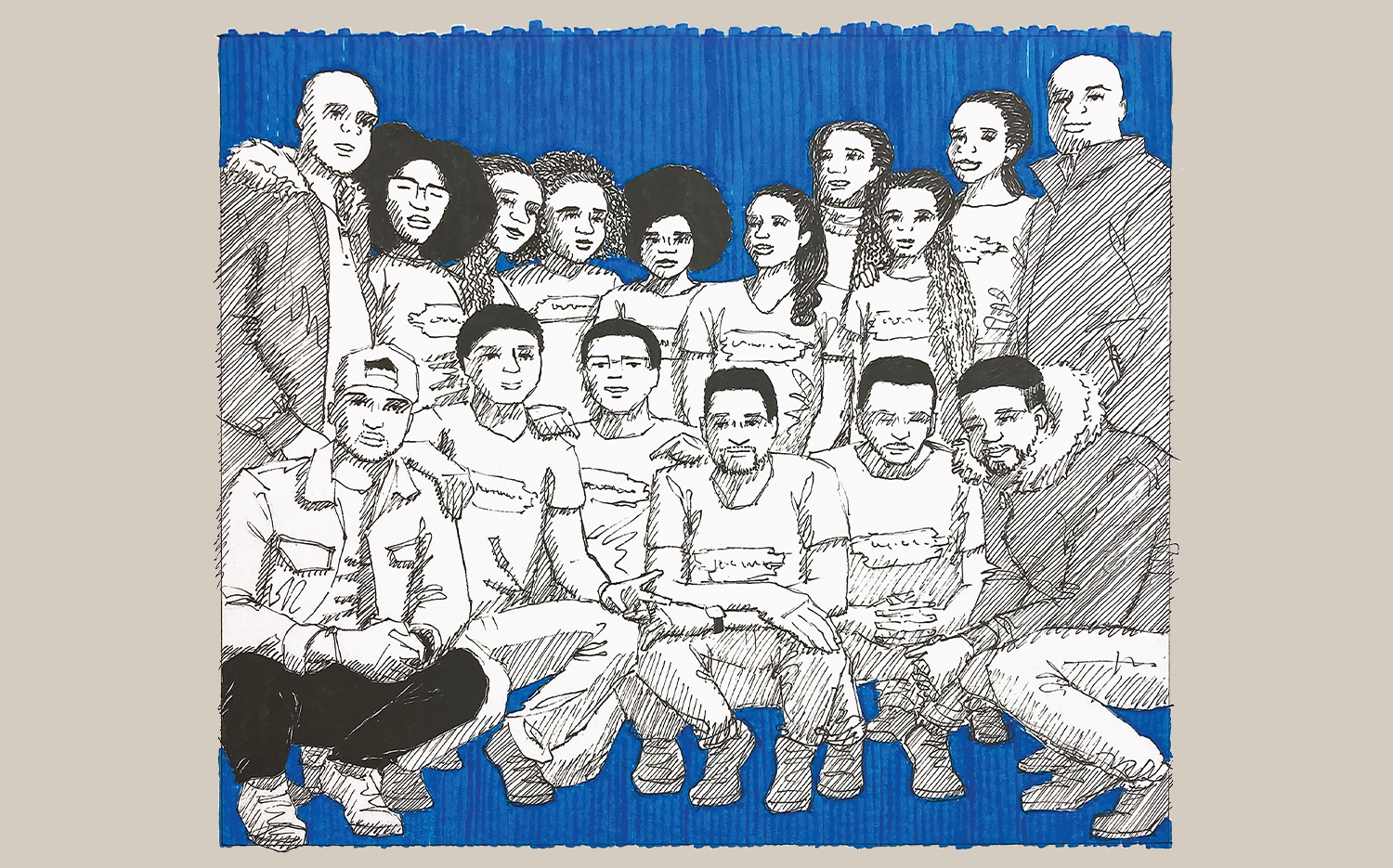 A group scene of students at the 2020 conference. Illustration by Nina Judson

Several of the students said their spiritual growth has prepared them to reach out to other Angolans and students from other countries. China allows the international students to run house churches and other faith activities but bars the locals from joining.

Due to the rules and some of the local students’ resistance, Nobre explained through a translator that she shares her faith in other ways, sometimes by saying “God loves you” or “Jesus loves you.”

Now back in Angola, Siquila says the outreach continues as Chinese construction and other companies become more visible across Africa. He recalled working as a translator at a Chinese company in Angola last year. “My boss was the one who started sharing about his faith,” he said. “He just started talking to me about the Bible just because of how I interact with him.”

Siquila said his boss shared about how he read the Bible and prayed but still struggled to believe after years of being told Christianity was a tool to control his mind. “I see that as an opportunity for ministry,” he said.