An app in exile

WeDevote is China’s most popular Bible app, but Communist officials keep trying to shut it out of the country

In July, a 6-year-old Chinese Bible app called WeDevote marked a major milestone: 10 million installations. With its slick design, respect for copyrights, and curated Bible reading plans and devotionals, WeDevote stands apart from other Bible applications for smartphones and tablets available in China.

The app is a much-needed resource for Chinese Christians. Nearly all of WeDevote’s users are from mainland China, where government officials recently made it more difficult to purchase physical copies of the Bible. Officially, the Bible in China may be sold only at government-sanctioned Three-Self churches.

But while WeDevote co-founder Levi Fan may have been proud of the 10 millionth download on July 6, the celebration was short-lived. Within a week, Communist censors had blocked Chinese access to WeDevote’s website and scrubbed the app from most domestic app stores.

It wasn’t the first time they had gone after China’s most popular Bible app. Since Fan and two others launched WeDevote from Beijing in 2013, Chinese officials have monitored its growth, intimidated Fan, and tried to shut the app down. It’s likely the pressure will continue.

Yet Fan believes God is on his team’s side. “Under China’s tightening environment, outsiders thought there was no way we can create this app and survive,” he told me in September. “But we were able to do it.”

Since China’s Communist government enacted new religious regulations early last year, authorities have increasingly cracked down on religious activities. For years, the rules on print Bible sales went unenforced, and Chinese Christians could find Bibles on e-commerce websites or at Christian bookstores. But the government has started enforcing the law, and in March online retailers including Taobao and JD.com stopped selling Bibles.

Authorities have closed Christian bookstores, and Christian publishers are having difficulty publishing Christian books in the mainland. Fan noted that although believers can still purchase Bibles at Three-Self churches, many Christians live far from these churches, which often don’t carry many different Bible versions.

Online Christian media have also felt the noose tighten. In the past, as long as Christian content did not touch on politics, censors would leave it untouched. But now, following its release last year of a draft law regulating unregistered religious information online, the government is closing Christian channels on WeChat and other social networking apps and websites.

WeDevote is among the latest to get the ax. 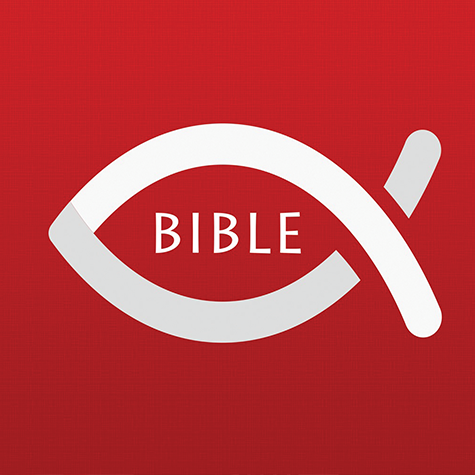 FAN AND TWO OTHER CHRISTIANS in Beijing came up with the idea for WeDevote in 2010 as they saw the need for Bible apps in China. At the time, Chinese users who downloaded YouVersion—a popular Bible app created by an Oklahoma church—found the program crashing due to the Chinese government blocking the app’s server.

Other Bible apps based in the Chinese mainland were poorly designed. They also used content taken from other sources without permission and lacked quality control. “As a user, you didn’t know which material was theologically right or wrong,” Fan said.

At first Fan and his partners tried to outsource the creation of their app, but they were unsatisfied with the results. In 2012, as Fan quit his job at a tech startup to attend seminary, a friend asked him to consider serving God by leading a team to develop the Bible app. Fan agreed, delaying seminary for two years to work on WeDevote.

He wanted the app design to be aesthetically pleasing so that people would want to open it and read the Bible. His team partnered with various Bible publishers to include multiple translations of the Bible in Chinese and English, respecting copyright laws and paying royalties. To ensure the app could weather the unpredictable Chinese internet service, the designers made the features downloadable so the app could function offline.

The first Android version of WeDevote came out in June 2013, and the iPhone version came out that July. The same month, the Xiaomi app store listed WeDevote as one of its “Recommended Apps” on the store’s homepage. Suddenly Fan’s team was seeing more than 8,000 downloads a day.

That boost opened Fan’s eyes to another reality: Making an app could be a form of evangelism. “On the Chinese internet, there are so many people who are downloading apps, yet very few religion apps exist,” he said. “When we were on the homepage, it was an opportunity for many people to learn about the gospel.”

By the end of the year, WeDevote had become the top Bible app in China. The developers continued to expand the app, adding devotionals, Bible reading plans, and commentary to help Chinese Christians better understand the Bible and how it relates to everyday life. They asked pastors and theologians to assess the theological soundness of the app’s content. To fund the app, team members took on side projects and collected donations from Christian-owned businesses in China.

‘Under China’s tightening environment, outsiders thought there was no way we can create this app and survive. But we were able to do it.’ —Levi Fan

Trouble began in 2015. Beijing’s Public Security Bureau invited Fan in for a chat and asked him about the company and where its funding came from. A police officer politely told Fan that officials were monitoring everything about him: They knew about the articles his wife had written on a Christian WeChat account and about the new house they had purchased. Fan felt afraid, and at night he had nightmares about being thrown into prison.

“It was uncomfortable knowing that they knew everything, but because the Chinese house church has faced this persecution in the past, it wasn’t foreign to me,” Fan said. Every morning the WeDevote team members prayed and read a psalm together. Every Tuesday they held a two-hour prayer meeting. “It helped me grow closer to God. I realized that I couldn’t do this on my own and I needed to pray more.”

Authorities told Fan to shut down WeDevote or else they would charge the company with creating an illegal app because it didn’t have a registration number. Most Chinese apps aren’t registered, but Fan knew WeDevote was likely being pressured because of its Christian content. So his team decided to shut down the app and close the Beijing company.

But they were prepared for this situation: Several months earlier, they had set up another company in Hong Kong. They were able to transfer WeDevote ownership to the Hong Kong company and put the app back online.

WeDevote didn’t face any further problems until this July, when authorities cut off access to its website and scrubbed it from all domestic Android stores. While the app is still available on Apple’s App Store, most Chinese citizens use domestic, Android-based smartphones like Huawei, Oppo, Vivo, and Xiaomi.

No one informed Fan why the app was removed from the app stores. He suspects the government took action because of WeDevote’s growing influence and popularity. 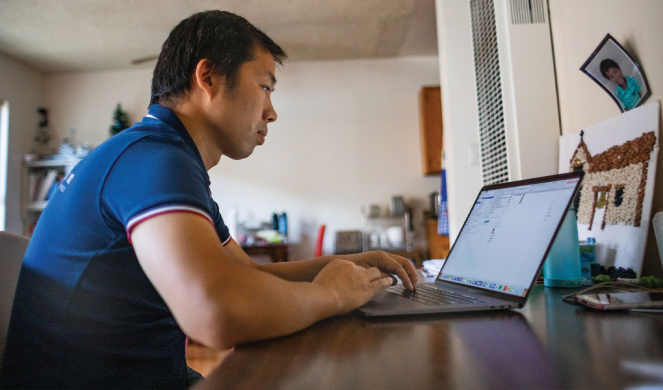 TODAY WHEN YOU TYPE “Bible” into the Xiaomi app store, seven Chinese Bible apps appear, along with a handful of apps for hymnbooks, Christian music, and Christian videos. Look up the same term on Apple’s App Store outside China, and you’ll find an endless scroll of options, from study Bibles to children’s Bibles to Biblical maps and dictionaries in Chinese.

Without WeDevote’s platform on the domestic app stores, it’s difficult for the app to find new users and provide current users with updates. Fan’s team is considering ways to get the app back on the stores (he is reluctant to share details publicly). One workaround is to use the app’s share feature: By sharing WeDevote’s content with friends, users can invite them to download the app through a link instead of relying on the app store.

Caleb Jin, a Christian from Shanghai who now lives in Los Angeles, said WeDevote has helped him develop a habit of Bible reading. He found it convenient that he could read the Bible anytime and anyplace, as his phone was always by his side. He spends about 20 to 30 minutes on WeDevote every day, sometimes listening to the audio Bible as he drives or cleans his house, sometimes going through a Bible reading plan. At his church in Shanghai, he said, congregants used WeDevote to read a daily devotional together, encouraging discussion and accountability.

Fan also now lives in Los Angeles. As he looks back at how WeDevote has accomplished the seemingly impossible through God’s power, he remains hopeful about the future.

Last year, he returned to Beijing and heard the testimony of a church that could no longer meet together for Sunday worship due to government pressure. So instead, the congregants met in 23 separate small groups. But the persecution ultimately grew their numbers: Now they have 48 groups.

“It’s hard to imagine, you look at the environment and it feels like you can’t do anything, but actually there are great opportunities,” Fan said. “I believe the internet is like this as well.”