Democrats win the U.S. Senate and a unified government, but the country remains splintered

On the morning Congress prepared to tally Electoral College votes on Capitol Hill, Democrats in Georgia clinched two Senate runoffs and delivered the Democratic Party a coveted trifecta: control of the presidency, the U.S. House of Representatives, and the U.S. Senate.

The celebration was short-lived: Hours after Democrats captured the Senate, rioters streamed to Capitol Hill after a larger Donald Trump rally nearby and captured physical control of the House and Senate floors, halting the Electoral College tally and plunging Washington, D.C., into stunning chaos.

It was the most dramatic breach of the U.S. Capitol since the British set fire to the building in 1814.

Two days earlier, President Donald Trump campaigned in Dalton, Ga., just before the Senate runoffs that would determine whether Democrats consolidated control of the U.S. government.

The rally came after weeks of bitter confrontation between Trump and Georgia Republicans unwilling to declare the presidential election invalid despite pressure from the president. Multiple judges in multiple states rebuffed claims the election was stolen.

On the eve of the Senate runoffs, Trump spent part of his time in Georgia talking about the Electoral College tally set for two days later. He told the crowd he hoped Vice President Mike Pence would “come through for us.”

The close races mirrored the tight contest between Trump and President-elect Joe Biden in November (Biden won Georgia by less than 12,000 votes) and raised a question for Republicans reeling from the Senate loss: Though voter turnout was high on both sides, did Trump’s weekslong insistence that the presidential election was rigged cause at least some disgruntled Republicans to skip the runoffs?

Republicans had little time for soul-searching about their Senate loss on Jan. 6 before a more stunning development upended D.C. and the nation: Mobs of rioters descended on the Capitol shortly after a larger, nearby Trump rally, invading the seat of government. The melee left five people dead, including a police officer hit in the head with a fire extinguisher.

It was the most dramatic breach of the U.S. Capitol since the British set fire to the building in 1814.

“You’ll never take back our country with weakness,” Trump had told the rally before the riot, after saying he would march to the Capitol with them (he didn’t). “You have to show strength, and you have to be strong.” Later: “The radical left knows exactly what they were doing. They are ruthless, and it’s time that somebody did something about it. And Mike Pence, I hope you’re going to stand up for the good of our Constitution and for the good of our country.”

One participant in the chaotic scene later at the Capitol told The Wall Street Journal he was shocked by the mayhem he saw when he followed others into the building. He said he wanted to share his views with Congress, and that he “checked with the Lord” three times before he entered: “I never heard a ‘No.’” 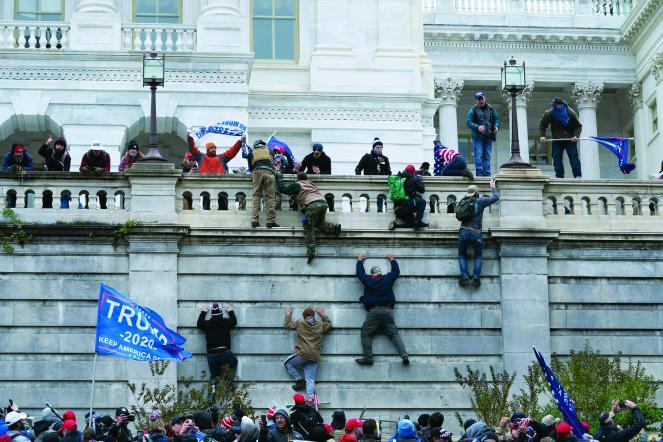 Rioters climb the west wall of the the U.S. Capitol on Jan. 6. Jose Luis Magana/AP

Given that the Lord speaks through Scripture, Romans 13 and other New Testament passages clearly teach that Christians should be subject to governing authorities. Whatever the grievance, mob action is a most unholy war.

Earlier that day, Pence told lawmakers he was subject to his oath to “support and defend the Constitution.” He said his oath “constrains me from claiming unilateral authority to determine which electoral votes should be counted and which should not.” He ended his letter: “So Help Me God.”

During the riot, Secret Service rushed Pence from the Senate floor to a secure location in the Capitol complex, as a group of rioters outside reportedly chanted threats against him. Pence returned with Congress late in the evening to resume the business of certifying Joe Biden as the next president.

Though chaos—including impeachment proceedings and calls to invoke the 25th Amendment to remove Trump from office—engulfed Washington ahead of Biden’s inauguration on Jan. 20, lawmakers eventually will look to return to the regular business of running the government. The Democratic wins in Georgia bring the political balance in the U.S. Senate to 50-50. Vice President–elect Kamala Harris would cast any tie-break vote. 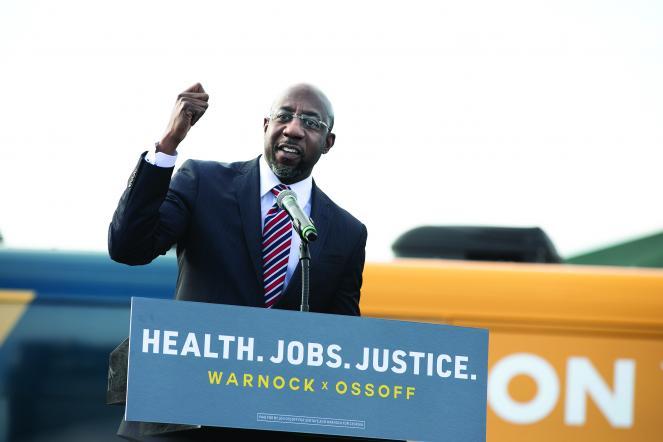 The narrow margin puts Democrats at a disadvantage for passing any major legislation that would require 60 votes to overcome a filibuster. But Democrats could pass some forms of spending-related legislation through the budget reconciliation process—a process the party used to pass substantial chunks of the Affordable Care Act.

The party will also control Senate committees and wield the power to shape the legislative agenda until at least the midterm elections in 2022—when control of the chamber will be up for grabs again.

For now, even with a unified government, Democrats will preside over a splintered country—or what Abraham Lincoln before his presidency called “a house divided,” as he echoed the Bible’s teaching that a house divided against itself will not stand.