A new documentary takes a deep look at Thomas Sowell

If you’re looking for a film to watch in honor of Black History Month, you could hardly do better than Thomas Sowell, a new documentary on the life of one of America’s preeminent intellectuals and, arguably, our greatest living political theorist.

Hosted by Wall Street Journal columnist Jason Riley and streaming free right now on YouTube and Amazon Prime, the film is aptly subtitled, Common Sense in a Senseless World. It shows how Sowell’s early love of books developed into an incisive mind that refused to be taken captive by emotional appeals without backing by hard data. Over a 60-year career, his commitment to reality over theory, heedless of whom reality might offend, has never wavered to accommodate the times.

Sowell’s brand of bracing honesty is so rare these days, it feels like an act of astonishing courage when he points out, “If you have always believed that everyone should play by the same rules and be judged by the same standards, that would’ve gotten you labeled as a radical 50 years ago, a liberal 25 years ago, and a racist today.”

His stalwart commitment to truth makes him an American hero.

In many ways his journey is similar to that of another great American thinker, Justice Clarence Thomas. Sowell also grew up in the Jim Crow South and spent his early 20s committed to Marxism. But it wasn’t reading or debating Republicans that convinced him the left’s ideas are harmful to the black community. It was his personal experience in the Department of Labor. What studying under the great conservative economist Milton Friedman couldn’t do, working for the federal government did. By the time he was a professor himself, Sowell saw nothing but mischief in the welfare system and policies rooted in identity politics.

While our nation has no shortage of smart economists, the film illustrates what set Sowell apart from so many ivory tower academics: his plain way of speaking. His arguments are as easily understood by the gardener as the grad student. One particularly amusing example comes when conservative talk show host Dave Rubin asks Sowell what changed his mind about liberalism. “Facts,” he answers simply.

This is not to say the film has no failings. We can often learn as much about a man and his ideas from his critics as we do from his fans. So it’s a shame Riley doesn’t spend time with any. And occasionally, he digresses into making his own arguments rather than focusing on his subject. 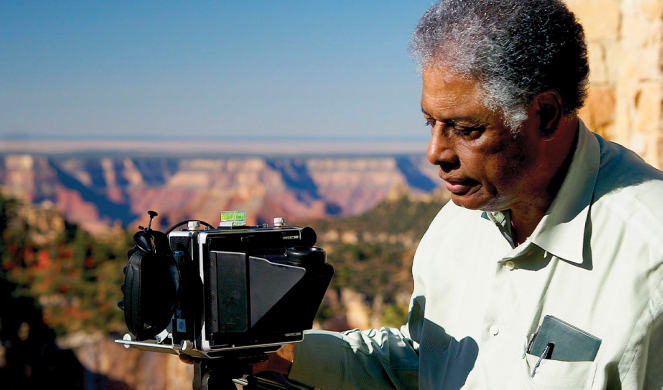 The film is most insightful when it examines Sowell’s softer side, illustrating how even his approach to photography underlines his worldview. Narrowing the camera’s diaphragm brings sharper focus and depth, but it also reduces the amount of light. So it is with Sowell’s philosophy. “Tom often loses patience with people with sweeping visions: Here’s how we can improve society. Here’s a solution to a problem,” explains friend Steven Pinker. “Tom points out in his political writings there are no solutions, there are only trade-offs.”

At times overly reverential, this deep look at Sowell’s life shows us, to borrow a metaphor from Ephesians, a mind that resisted being blown about by every new wind of cultural doctrine or ideological fad. His stalwart commitment to truth makes him an American hero and a model for viewers of any ethnicity.