All laughs, no lectures

Nate Bargatze offers cathartic comedy for the pandemic-weary in his new show, The Greatest Average American

Among the most refreshing things about Nate Bargatze’s brand of comedy is not just that he’s family friendly, but that he avoids taking aim at any tribe. His latest stand-up special, The Greatest Average American, new on Netflix, focuses heavily on the pandemic and events of 2020, yet there’s not a politicized joke in the bunch. That’s on purpose. In a recent interview, Bargatze told The Daily Beast, “Politics has overwhelmed every facet of entertainment. You can’t get away from it. So I like being an outlet you can trust you’re not going to get lectured.”

And there are certainly no lectures in Bargatze’s show, just laughs when he talks about the various COVID-19 camps. Half of his friends, he jokes, are taking showers with their masks on, fearful they might catch the coronavirus from their hamsters. The other half are living “like someone told them to try to go get it.” Everybody takes a few good-natured arrows to the heart here.

One of his best bits explores the ways the coronavirus has changed public behavior: “I can tell you one thing that’s gone forever,” he deadpans. “Coughing in public. … You drink water wrong at a restaurant, just go walk in traffic.”

Most of us have used movies and TV as a means of escape from the lockdown reality of the last year, but Bargatze offers a strong argument that leaning into our shared experience is cathartic. We may not all have tried to perform stand-up over Zoom, but we’ve all experienced some form of videoconference fail.

That said, some bits don’t feel as sharp or developed as Bargatze’s past specials, like Full Time Magic or The Tennessee Kid. But then, like so many other entertainment professionals, comedians haven’t had the opportunity to hone new work in front of live audiences the way they usually do. So a few of the seams show here. But there are still plenty of laugh-out-loud moments, particularly when he turns to the subjects of marriage and family. 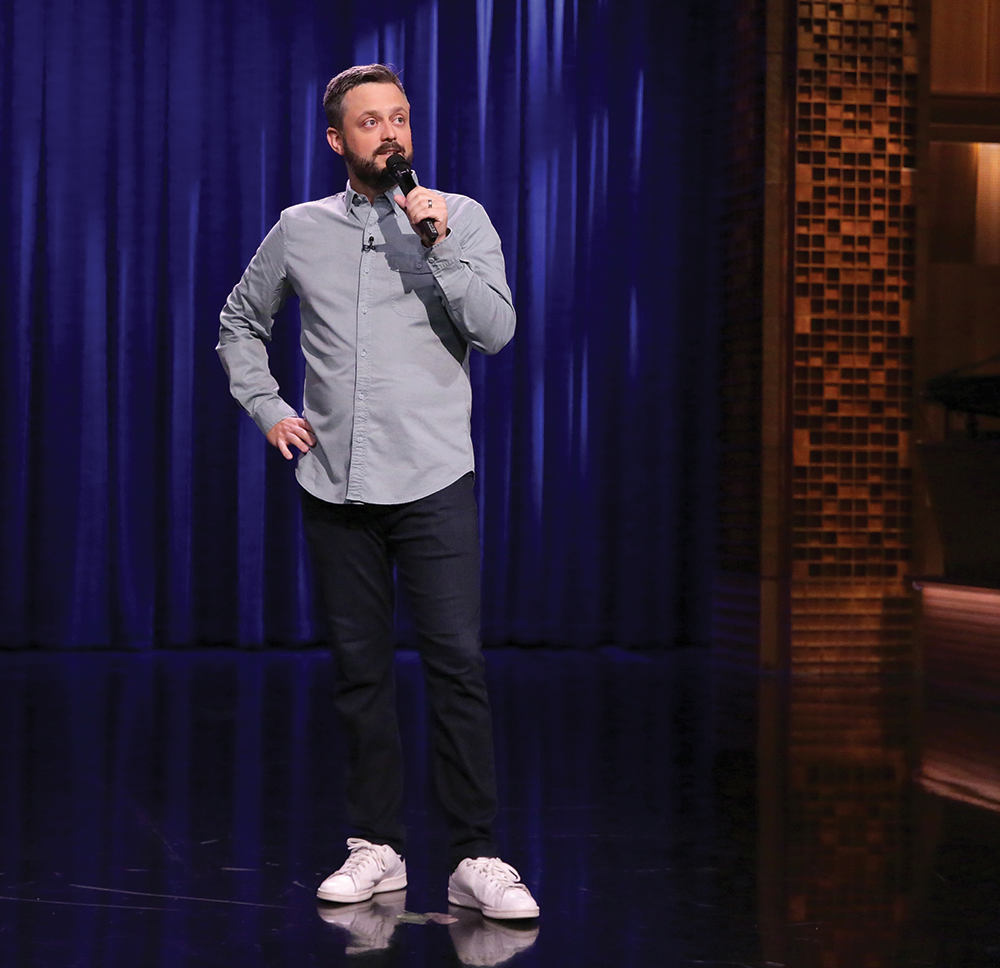 True to the pattern the Bible Belt–raised comic established in his past work, there’s no profanity and no sexual material. The one joke that glancingly references gay marriage does so only to highlight innate gender differences in traditional marriage. It occurs in a bit where Bargatze describes getting a call from the school on his daughter’s first day of kindergarten from someone wanting to know what bus number his daughter is supposed to be on. He suggests that the only time a school should call a husband is when there is no wife—then he quickly focuses on the ways men and women tend to fulfill separate roles.

But don’t think that avoiding racy or snarky jokes equals bland or corny. Far from it. Bargatze just avoids falling back on the cheapest tricks in the playbook—confusing crudeness or derision with comedy. I have to guess the Bashams won’t be the only ones to crack up at the familiarity of a fight he and his wife had about the meaning of the phrase “one fell swoop.” We know the Proverb about sharing a house with a contentious woman, but Bargatze illustrates the pitfalls of being a contentious man.

Whether it’s dealing with the stress of life under COVID or marital strife, we laugh at what we recognize. And that process of taking ourselves less seriously is what creates the best medicine. Bargatze’s new pandemic special is just what the doctor ordered.