An education battle in Texas could play out across the country

A rally in support of school choice, in Austin, Texas. Associated Press/Photo by Eric Gay

PORTER, Texas—Seth Franklin, 12, pointed to the shiny pin on the collar of his baby-blue Civil Air Patrol uniform shirt and listed some of what he had to do to earn it: sprints, push-ups, sit-ups. He received the pin at an after-school ceremony, with his proud parents and his siblings, a younger brother and two sisters, watching from the audience—a rare moment of family celebration.

Seth dreams of being a rocket scientist, but he has to make it through college first. Some days, his parents aren’t sure he’ll even make it out of high school. Since receiving an autism diagnosis when he was 7 years old, Seth has struggled at school. Despite his doctor’s diagnosis, administrators with New Caney Independent School District, about 27 miles north of Houston, have resisted giving him the extra help and therapy he needs. His parents even hired an advocate to argue his case, but they haven’t won many concessions because the school district classifies Seth as emotionally disturbed, not autistic.

Like parents of special-needs kids across the country, the Franklins know their child needs more help than he’s getting, but private schooling is too expensive. The plight of children like Seth has come to the attention of legislators and school choice advocates who are pushing education savings accounts (ESAs) as a way to help parents provide the specialized services their kids need. Supporters say ESAs are especially helpful for families like the Franklins because they allow parents to use funds provided by the state for a variety of educational expenses, including tutoring, homeschool curriculum, and therapies for students with special needs.

As ESA bills work their way through legislatures in 19 states, they face stiff opposition. Some comes from traditional school choice enemies, like teachers unions. But opposition is also coming from less-expected quarters, like homeschoolers who fear opening the door to state regulation. In Texas, the ESA measure also faces opposition from rural lawmakers. Whether bills in Texas and other states become law will depend on advocates convincing skeptics the plans won’t hurt them and are necessary to provide kids like Seth Franklin an adequate education. 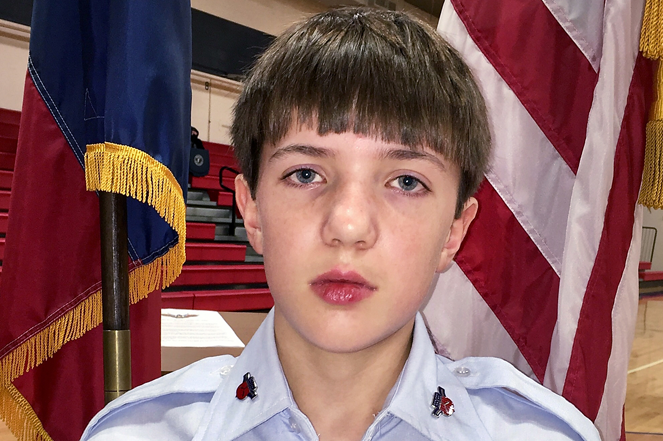 The strongest opposition to ESAs comes from public school advocacy groups, including the National Education Association (NEA), which opposes ESAs for the same reason it opposes all school choice plans: They empower parents over administrators and redirect money from public schools to private entities. The NEA labels education savings accounts “vouchers on steroids” and says they reduce accountability and increase opportunities for fraud.

Noel Candelaria, president of the Texas State Teachers Association, summed up in The Texas Tribune the view of many ESA opponents: “This is an attack on public education that will harm the vast majority of Texas school children in order to benefit a few private and religious schools, and it may allow a few homeschoolers to purchase new family computers at taxpayer expense.”

Opposition also comes from rural lawmakers who oppose school choice measures because they fear anything that might undermine public schools, which are central community institutions, home to beloved sports teams, and major employers in small towns.

Teachers unions may assume that homeschoolers are lining up to support ESAs, but that’s not true. The state’s largest homeschooling group, Texas Home School Coalition (THSC), supports ESA legislation. The national Home School Legal Defense Association (HSLDA) opposes it, urging Texas homeschoolers not to sell their freedom “for a mess of debit cards.”

THSC President Tim Lambert pushed back against the charge that ESAs will lead to future regulation of homeschools: “We will not oppose good bills for fear of bad bills coming later. Instead, we will remain vigilant in the fight for liberty.” But that promise didn’t allay the concerns of some Texas homeschoolers, who set up a new group—Texans for Homeschool Freedom—which has one objective: killing ESAs and other school choice initiatives.

Meanwhile, national conservative groups like The Heritage Foundation and EdChoice support ESAs, publishing position papers highlighting their advantages. They see Texas—with its 5.3 million public school students—as a big prize for the school choice movement. Lindsey Burke, director for education policy at Heritage, says an ESA victory in Texas “could be a tipping point for the whole thing.”

In Texas, passage of an ESA bill seems less likely than it did at the beginning of the biannual session. Even with powerful Lt. Gov. Dan Patrick supporting the ESA bill, the likelihood of passage dimmed when fissures appeared on the GOP side. One Republican representative from Houston declared the bill “dead, dead, dead.”

Lindsey Burke acknowledges the uphill fight. She says school choice advocates can make inroads with public school supporters by emphasizing ESAs as a different way to deliver education funding, not a method for siphoning it away from local classrooms. She thinks teachers might reconsider their opposition once they realize ESA funds could open opportunities for them to teach classes online, supplementing their income.

It might be easier to win over homeschoolers by tweaking the bill. The Arizona ESA law, passed with support from the state’s home educators, distinguishes between families who don’t want ESA funds and those who adopt a more hybrid homeschooling model that includes state funding. Burke hopes Texas lawmakers can work with homeschoolers to come up with a similar compromise.

Ultimately, parents hold the key to ESA acceptance. Angie Franklin admits she hadn’t paid much attention to school choice efforts in the past, and she doesn’t know much about the current ESA initiative. She just knows her son isn’t progressing as he should be. If the Franklins had a blank check, Scott Franklin said, they’d put Seth in a private school for autistic students. They’ve toured two nearby: Both cost about $35,000 a year, but the most they would receive if the ESA bill passed is $6,000.

The Franklins speak quietly so Seth, watching television in the playroom with his brother, won’t hear them. They don’t sugarcoat the challenges he faces—and creates. Several weeks earlier, Seth walked away from home one evening after refusing to do his chores. His parents searched for several hours with the help of neighbors before finally calling the police.

Officers eventually found Seth, seven hours later, at a Walmart across the interstate from his neighborhood. He won’t talk about why he left or what he did while he was gone. But police believe he opened the doors of several unlocked cars along the way. His parents think he was looking for something to wear as the night had turned cool. He didn’t mean any harm, Scott said. But he also knows Seth won’t always be so innocent.

“Sometimes I feel like we’re just educating a future criminal,” he said softly, shaking his head. “I try to explain that to teachers and administrators, but they just don’t get it.”