In 2007 Thomas Doyle, a Catholic priest and canon lawyer, penned a letter forewarning Southern Baptist Convention leaders. He said in the mid-1980s he attempted to warn the U.S. Catholic bishops of a “looming clergy sex abuse nightmare.” Catholic church leaders paid little heed until a 2002 Boston Globe investigation revealed to the public how scores of priests got away with molesting children.

“By then, countless more children had been severely wounded, families devastated, and the Church itself was reeling from the extensive scandal,” he wrote to then-SBC President Frank Page and Morris Chapman, former president of the Executive Committee, the 86-member elected body that oversees the day-to-day operations for the convention in between its annual meetings.

Doyle told Page and Chapman that a similar pattern was developing in the nation’s largest Protestant denomination. He urged Baptist leaders to learn from Catholic mistakes and implement structural reforms to ensure that children were safe. Doyle wrote the letter with help from David Clohessy of Survivor Network of those Abused by Priests and Christa Brown, the first victim to go public in 2006 with a substantiated claim of sexual abuse against a Southern Baptist minister.

In a return letter, Page told Doyle that the SBC was taking the issue of clergy sexual abuse seriously and would attempt to use its influence to provide protections, but “Southern Baptists truly have no authority over the local church.”

Now, a scathing 288-page investigative report released on May 22 from the firm Guidepost Solutions, which has investigated several high-profile Evangelical sexual abuse scandals, has documented how the men who ran the Executive Committee prioritized shielding the convention from legal liability over caring for survivors and protecting congregants from abusers. 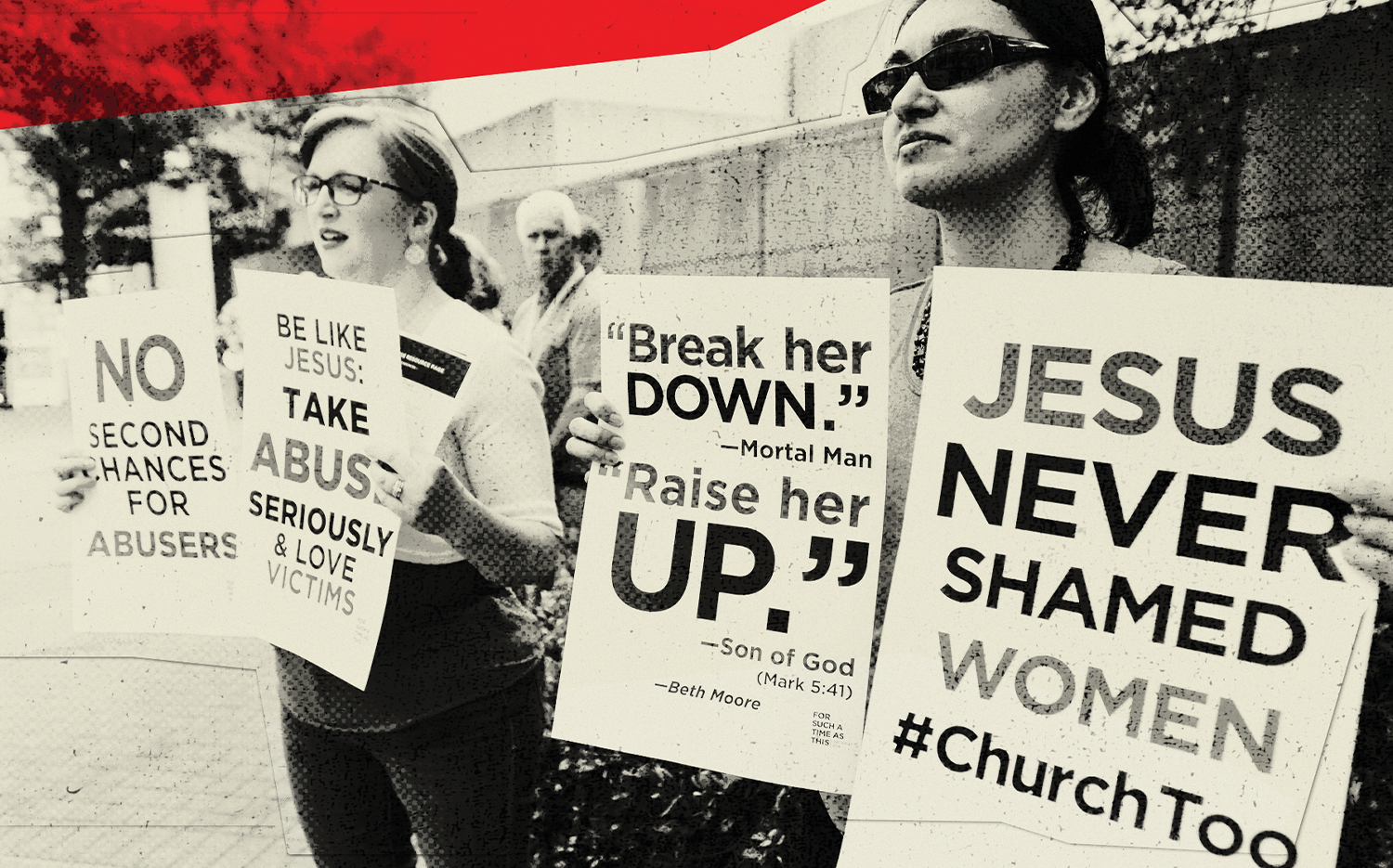 Guidepost investigators said survivors “were ignored, disbelieved, or met with the constant refrain that the SBC could take no action due to its polity regarding church autonomy—even if it meant that convicted molesters continued in ministry with no notice or warning to their current church or congregation.” For nearly two decades, sexual abuse survivors and their advocates maintained that Baptist leaders can do more to respond to and prevent abuse without undermining its doctrine of church autonomy, which Baptists believe is based on the Biblical teaching that Jesus Christ is the only Head of the church.

The report presented detailed evidence showing how a few senior Executive Committee leaders, along with the committee’s outside counsel, largely controlled its response to reports of abuse, often keeping committee members in the dark about the extent of the denomination’s abuse problem.

Page did not respond to WORLD’s email and phone requests for comment.

The report also included a previously unpublished accusation from an unnamed woman who said former Georgia pastor and past SBC president Johnny Hunt groomed and assaulted her in 2010 and urged her not to report the abuse. Hunt initially denied ever having contact with the woman. On May 13, he resigned from his role as vice president of the North American Mission Board, the SBC’s domestic missions agency. Two weeks later, Hunt admitted to a “consensual encounter” with a woman who was not his wife. Hunt did not respond to a request for comment.

Southern Baptists learned in the report that staff members kept a secret index of Baptist ministers and church workers accused of abuse. The 205-page list, released to the public in its original but redacted form on May 26, included about 700 cases of abuse by church workers, including about 400 tied to SBC churches. In most cases, the charges led to arrests and jail time. The list was kept secret for more than a decade.

The report said leaders, while compiling this list, repeatedly stonewalled initiatives from survivors and advocates to maintain a denomination-wide database of credibly accused sexual offenders in SBC churches. That database was proposed as a way to keep predators from moving from church to church and abusing more victims.

Now, thousands of church delegates will gather in Anaheim, Calif., on June 14–15 for the SBC’s annual meeting to consider carefully what actions they can take both immediately and in the coming years to address those survivors who were wronged and to ensure that SBC churches and entities are safe from sexual predators.

“It’s going to be a multistep process,” said Rachael Denhollander, one of two advisers to a seven-member SBC task force on sexual abuse. She is an attorney and well-known advocate for survivors of sexual abuse. “We must get this right. It’s going to be up to the SBC—the messengers and the leadership—to follow through and to begin the slow process of rebuilding trust.” 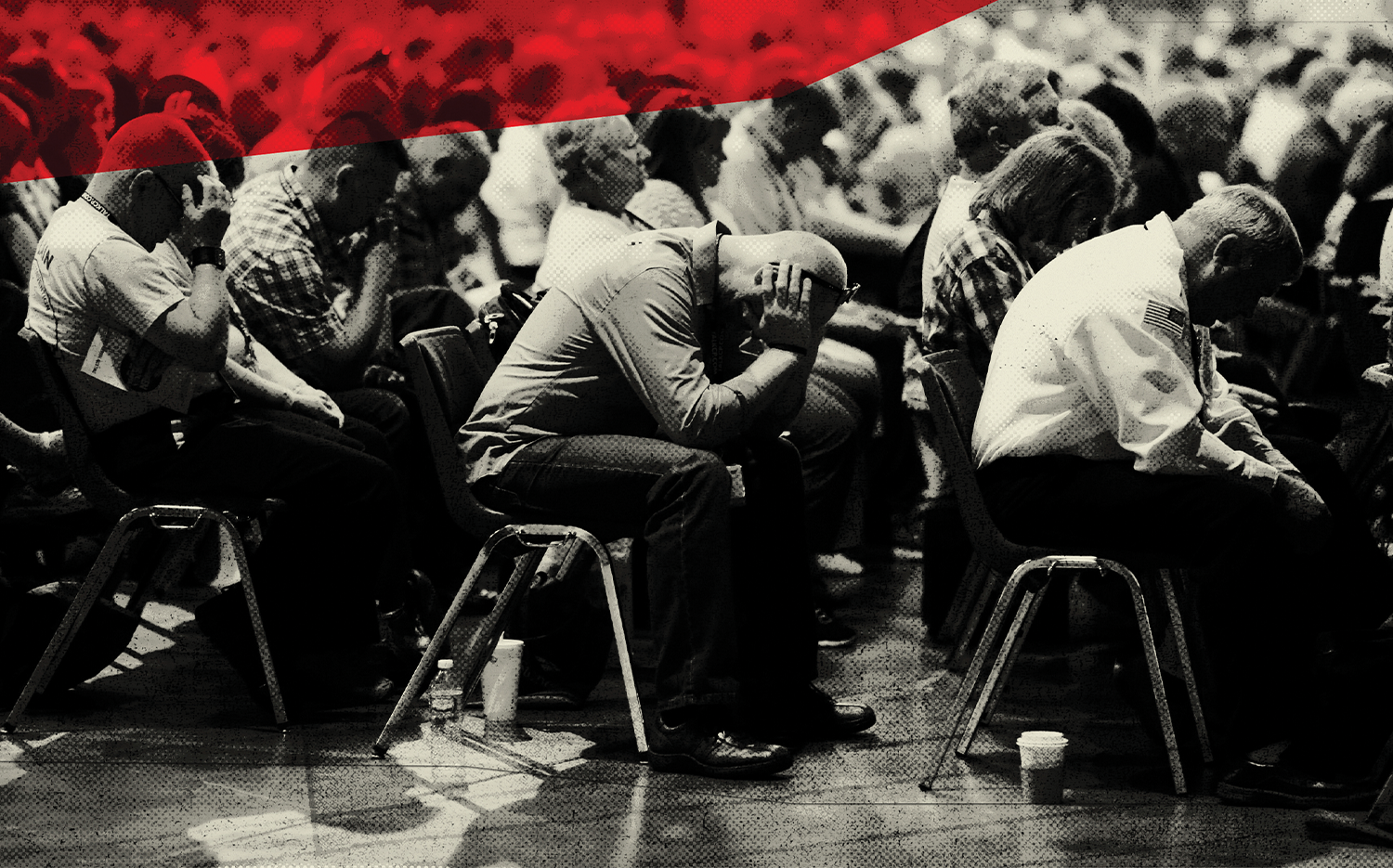 People pray during the annual meeting of the Southern Baptist Convention in 2016. Jeff Roberson/AP

The task force put forth a series of recommendations, which it will formally present to church delegates on June 14. Those proposed reforms present a sharp contrast from the way the report depicts leaders approaching abuse in recent decades.

The sexual abuse task force proposed having a separate entity to oversee the denomination’s abuse prevention initiatives over the next three years. That entity would work with the Executive Committee to create a “ministry check” database, much like what survivors proposed, to alert churches and communities of credibly accused sex offenders.

Other recommendations include hiring a trained expert to field calls from victims and help them report their abuse. That expert would also work with state conventions to train and educate pastors and congregants on abuse prevention. The task force said SBC boards and standing committees should be trained in preventing abuse and caring for survivors and include background checks as part of their hiring processes.

The task force recommended changes to the Credentials Committee, which was repurposed in 2019 to make recommendations to the Executive Committee over whether it should “disfellowship” churches for noncompliance to Biblical standards and doctrine, including knowingly hiring a sexual predator or mishandling abuse cases. The task force said Credentials Committee members must be properly trained, and they should outsource the portion of the inquiry process where survivors file reports against churches and pastors.

Southern Baptists are heading to Anaheim with a mix of heaviness, grief, and resolve. Many seem ready to pave a new path of transparency and accountability after the denomination has spent years reckoning publicly with how its leaders have mishandled sexual abuse cases.

“I was one of all those other pastors who let it go by. I believed what [Baptist leaders] told us. I can’t change that, but I can make a difference now,” said Todd Benkert, pastor of Oak Creek Community Church in Mishawaka, Ind.

Benkert recalls learning about the Baptist clergy abuse in a 2007 episode of ABC’s 20/20 about “predator preachers.” He was at the 2008 annual meeting when one church delegate presented a motion calling for a denomination-wide database tracking known sexual offenders. (That motion was rejected.)

The issue became personal when Benkert realized he knew one of the abusers and his victim. He committed to listening to the survivor community and educating himself on abuse dynamics. In recent years, he has become a leading survivor advocate among Baptist pastors.

“The report put everything in one place,” Benkert said. “We can’t ignore it anymore.”

The Guidepost report said SBC leaders fostered a culture in which survivors “felt ignored and unheard” when they reported their abuse to the SBC.

In total, Guidepost investigators interviewed 330 individuals, including 19 survivors of sexual abuse. “Some survivors received perfunctory and dismissive responses while others did not receive a response at all,” the report said.

In the days immediately following the report’s release, Baptist leaders sought to set a new tone.

Meanwhile, the Executive Committee on May 24 issued an apology for past comments that many interpreted as meaning SBC leaders did not want to hear from abuse survivors.

The Executive Committee said in its apology that engaging with survivors is “a critical step forward.”

The committee, Guidepost, and the task force have been fielding calls from survivors disclosing allegations of abuse, according to a statement from members of those three groups. The Executive Committee announced a confidential hotline, run temporarily by Guidepost. The firm will not inquire into the allegations at this time, the statement said, but “will hold the information confidentially … while we work to put more permanent procedures in place.”

Denhollander believes more victims will likely come forward as the SBC takes steps to ensure its processes are safe and trauma-informed. Still, some sexual abuse survivors expressed concern and skepticism over whether the convention will act decisively and apologize to victims while also making restitution and reforms.

“There’s a lot of talk now about what the SBC may do moving forward. … There must be a reckoning with the past and the harm that has been done—harm from the whole institutional failure,” Brown said in a tweet.

Survivor Tiffany Thigpen said the action steps Baptists take “could not only become a way forward, but also could allow a model for other denominations and organizations to follow.” Thigpen went public with her abuse account in 2008—her story was included in the Guidepost report. She says an SBC leader discouraged her from reporting an alleged attack by a Florida Baptist pastor who was later convicted of molestation and lewd texting with underage girls.

“You have a choice,” Thigpen said. “Will you rise up? Will you listen or look away? That’s what we’ve been asking these nearly 20 years.”

Editor's note: This story has been corrected to reflect the date in which Tiffany Thigpen went public with her account of abuse.