A way with words

A Most Clever Girl by Jasmine A. Stirling: As a girl, Jane Austen wrote stories that poked fun at fluff. She entertained her large family and bustling home with comical plots. In the quiet, she found her voice and wrote novels by observing people and learning from their behaviors. Her words fell silent as hardship hit. Jane’s voice became wise through grief and loss. Illustrator Vesper Stamper captures the beloved novelist’s short and difficult life with color palettes that reflect her experiences and understanding. The book introduces young readers to original Austen prose, with endnotes that will further pique interest. (Ages 5-9)

Hello, Neighbor! by Matthew Cordell: Fred Rogers planned to become a minister after college. Years later, he became “a special kind of minister” to children through his television program, Mister Rogers’ Neighborhood. He sought to create a program that avoided silly, flashy entertainment and instead spoke to young viewers with respect and understanding. From Cordell’s distinct ink-and-watercolor drawings to extensive end matter, the book highlights Rogers’ ability to connect with co-workers and viewers and intentionally expose children to diverse characters, music, art, professions, and make-believe worlds. (Ages 4-8)

Digging for Words by Angela Burke Kunkel: Kunkel tells the story of two Josés in the same Colombian neighborhood. One José is a garbage collector by night who searches “household trash for hidden treasure … books!” The other José is a boy who counts down the days until Saturday when he and other children race to “Paradise,” a room filled with books of all kinds. Señor José shares his collection with the children, exposing them to other worlds and new knowledge. A true story about José Alberto Gutiérrez, who built the first library in Bogotá, Colombia. (Ages 4-8)

Make Meatballs Sing by Matthew Burgess: Francis Elizabeth Kent, one of six children, often sneaked away to read, draw, and daydream. Her father and art teacher encouraged her love for drawing and painting. After college, Kent decided to become a nun, known as Sister Mary Corita, and taught art classes at a Catholic school. She challenged students to “see the sacred in the everyday.” Corita branched out into new art forms, including printmaking and serigraphy, and challenged norms by taking up social causes of the 1960s and 1970s, including poverty, injustice, and war. (Ages 6-12) 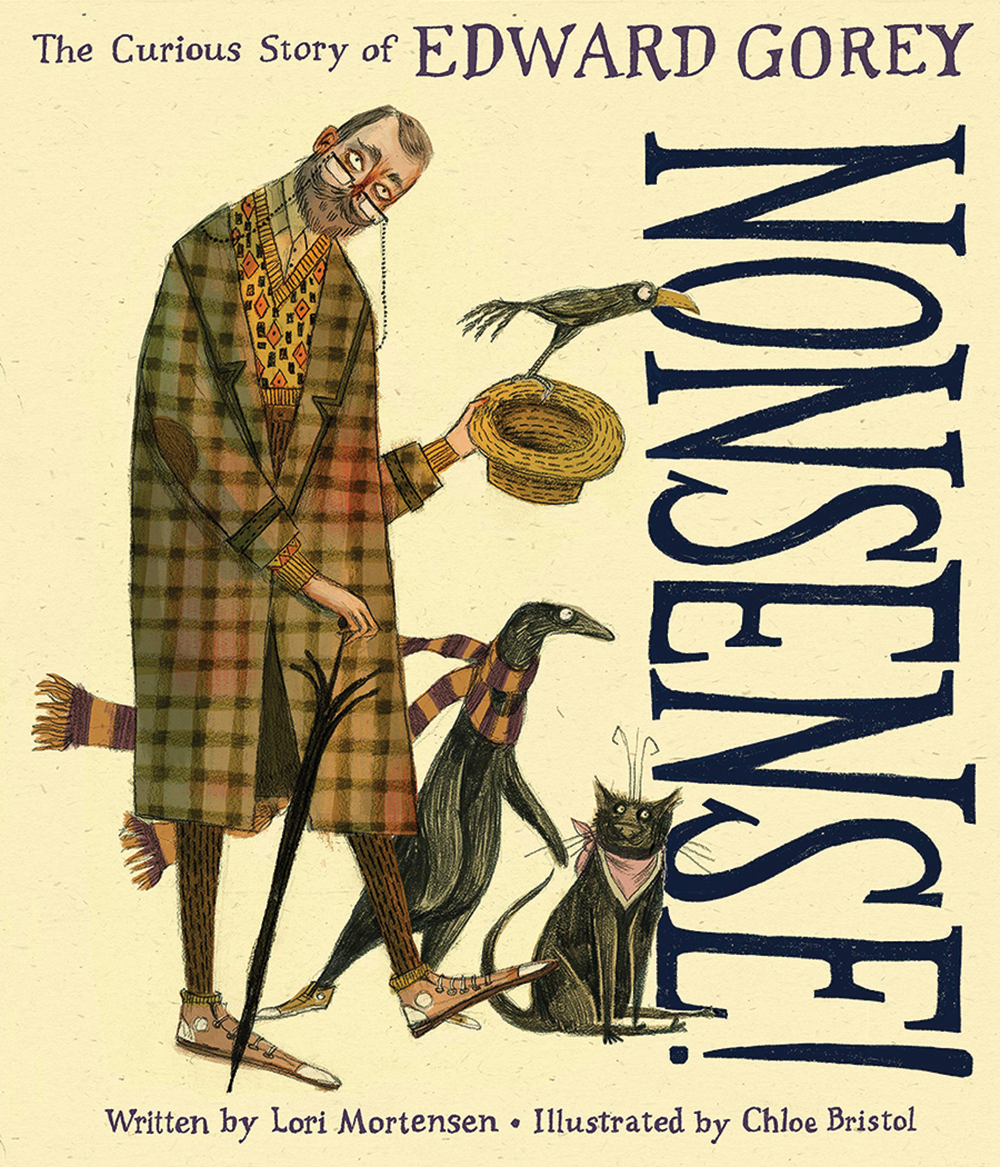 In Nonsense! The Curious Story of Edward Gorey (Versify, 2020), Lori Mortensen describes a ­brilliant child who taught himself to read at age 3. He skipped grades and moved with his family a dozen times, scribbling and sketching wherever he went. Gorey’s eccentric ­stories and illustrations ­mingled sweetness and innocence, danger and darkness, “all mixed up with his own brand of silliness.”

In Nacho’s Nachos (Lee & Low Books, 2020), Sandra Nickel tells the mouth-­watering tale behind hot, crispy tortillas topped with melted cheddar cheese and a slice of jalapeño. In the Mexican city of Piedras Negras, Ignacio “Nacho” Anaya experimented with food and earned recognition for the simple but ­special dish in his name.

Fans of the late Tomie dePaola will appreciate Barbara Elleman’s updated book exploring the beloved writer and illustrator’s life and career. Originally published in 1999, The Worlds of Tomie dePaola (Simon & Schuster, 2021) includes the author’s work in recent decades along with ­memorable themes and characters. —M.J.