Marvel fans have longed for the release of Black Widow, the latest installment in the Avengers franchise, since at least 2015. Though it’s not perfect, many fans will consider this feminine superhero movie worth the wait.

Scarlett Johansson reprises the role of Natasha Romanoff, a character in which she’s invested 10 years of her career. She’s joined by Florence Pugh (Little Women), who plays Yelena, her adoptive sister. Rachel Weisz and David Harbour play Russian spies who at one time acted as Natasha’s parents. Director Cate Shortland stretches herself, taking on her first big-budget action film.

Black Widow takes place between the events of Captain America: Civil War and Avengers: Infinity War. Natasha, the titular Black Widow, is running from the U.S. government because she chose the losing side in the Avengers’ breakup. But she’s not able to lie low because Yelena needs her help in destroying the Red Room, the Soviet-era organization that stole their childhoods and turned them into assassins. 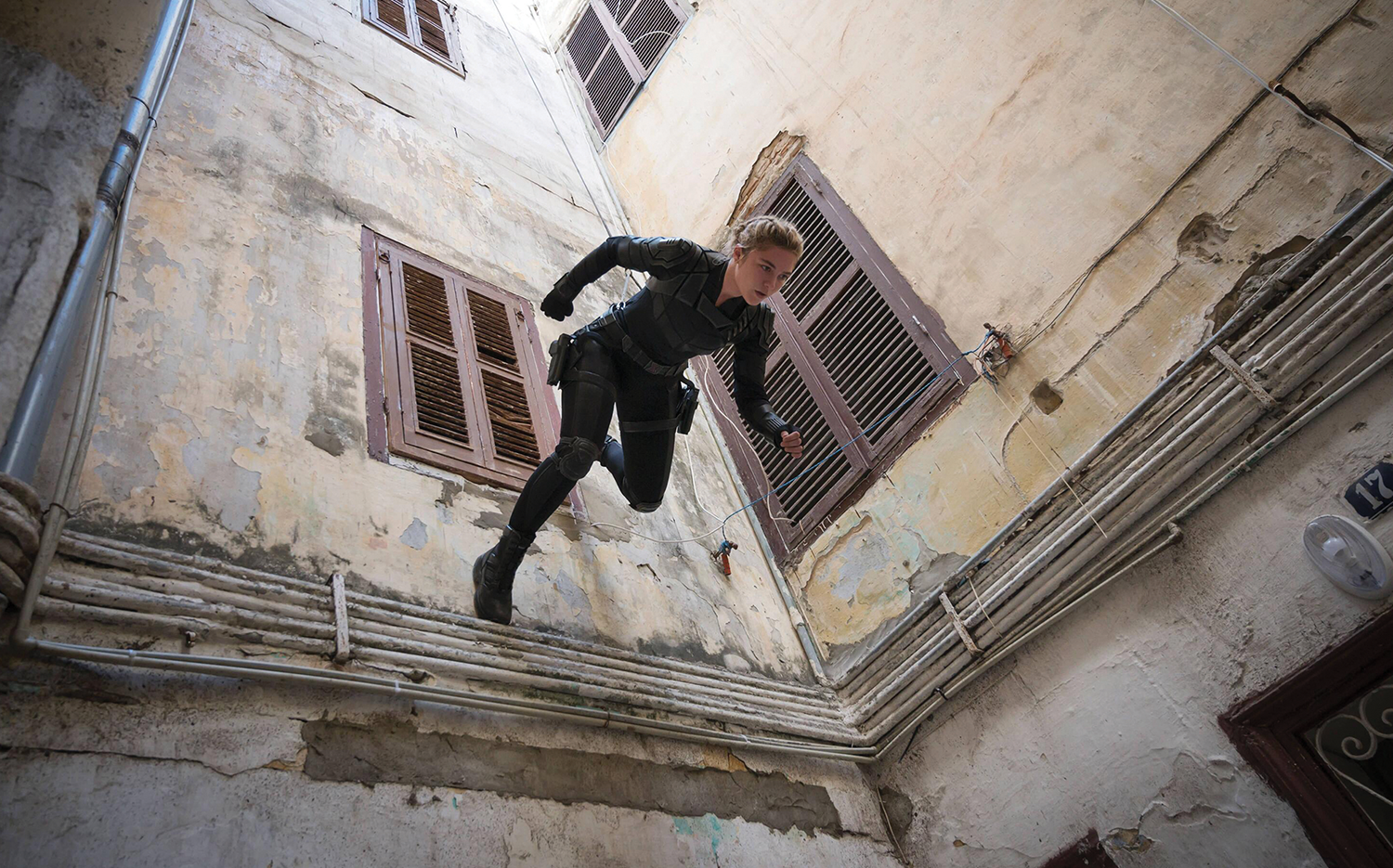 The movie, in theaters and streaming on Disney+, derives its poignancy from an early flashback to Ohio in 1995. Natasha and Yelena are just children providing cover for a couple of Russian spies, Alexei and Melina, and the four pretend to be a typical American household. They split up after the mission ends, and the loss of family haunts them all. Twenty-one years later, Natasha and Yelena recruit the aged Alexei and Melina to help them in their mission.

As in all Marvel movies, completing the mission involves numerous fight scenes and explosions, but these action sequences are Black Widow’s biggest problem. Some don’t make sense or seem incidental to the plot. In true Marvel fashion, the movie ends with a ludicrous set piece that doesn’t belong in a story that’s in all other respects an espionage thriller. The filmmakers’ nod to James Bond’s Moonraker almost seems like an apology for verging on camp. At least the stakes are lower than other Marvel films: We didn’t have to see an Avenger save the entire world—or the entire universe—again.

Despite its flaws (and Yelena’s coarse language) the movie is witty and fun. The amusing real-not-real sisterly bickering between Natasha and Yelena rings true, as do Alexei and Melina’s humorous attempts to relate to “their” kids.

Shortland might not have much experience with big budgets, but her past work studies complicated femininity. Under her direction, Natasha’s character loses the hypersexualization associated with earlier films in the franchise, and Black Widow explicitly condemns the objectification of women. The Red Room serves as a metaphor for the trafficking and exploitation of girls and women in the real world.

But behind the jokes and the action looms a sadness. Black Widow is a family drama in which broken women try to come to terms with the world. After the release of Avengers: Age of Ultron in 2015, many clamored for a film with a strong female lead. The studio hoped 2019’s Captain Marvel would be its feminist manifesto, but it ended up a mess of girl-power clichés and wooden performances.

In Black Widow, whose 2020 opening the coronavirus pandemic delayed, characters process the hurt they’ve experienced—both the wrongs they’ve suffered and the wrongs they’ve inflicted on others. When was the last time we saw one action hero ask another, “Did you ever wish for kids?” Yelena doesn’t wait for Natasha’s reply. They both know the answer is too heartbreaking.

After all these years, Marvel can still break fresh ground.