A “sparkling art” of choices

The title of Visible Hand: A Wealth of Notions on the Miracle of the Market offers a clue about author Matthew Hennessey’s unique approach to economics: He favors free markets, he knows enough about Adam Smith to play on his most famous words, and he’s probably going to hook any interested layman from the first page.

Most readers don’t know much about the discipline described by Thomas Carlyle as “the dismal science,” but we feel we ought to. If we’re dutifully expecting a treatise on history and theory, however, we’re not getting it in Visible Hand. No charts or stats, either. Hennessey, deputy editor of The Wall Street Journal’s op-ed page, insists that economics is not dismal: “It’s the ­sparkling art of decision making.”

That’s the point he makes early in the book with recollections of his junior high science teacher Mr. Seaver, who painted a motto on the school wall opposite his classroom: Life is not determined by what you want. Life is determined by the choices you make. Though he didn’t quite understand it then, 13-year-old Matthew couldn’t forget it, and in Visible Hand he plays Mr. Seaver to the reading public. Anyone who wonders why he can’t have a Porsche or a dirt bike or a guaranteed income may blame the unequal distribution of money. “But economics isn’t about making money; it’s about making choices.” Choosing between one thing and another implies that one cannot have both. In any society, even one as wealthy as ours, resources are limited. You can’t always get what you want because nobody can. 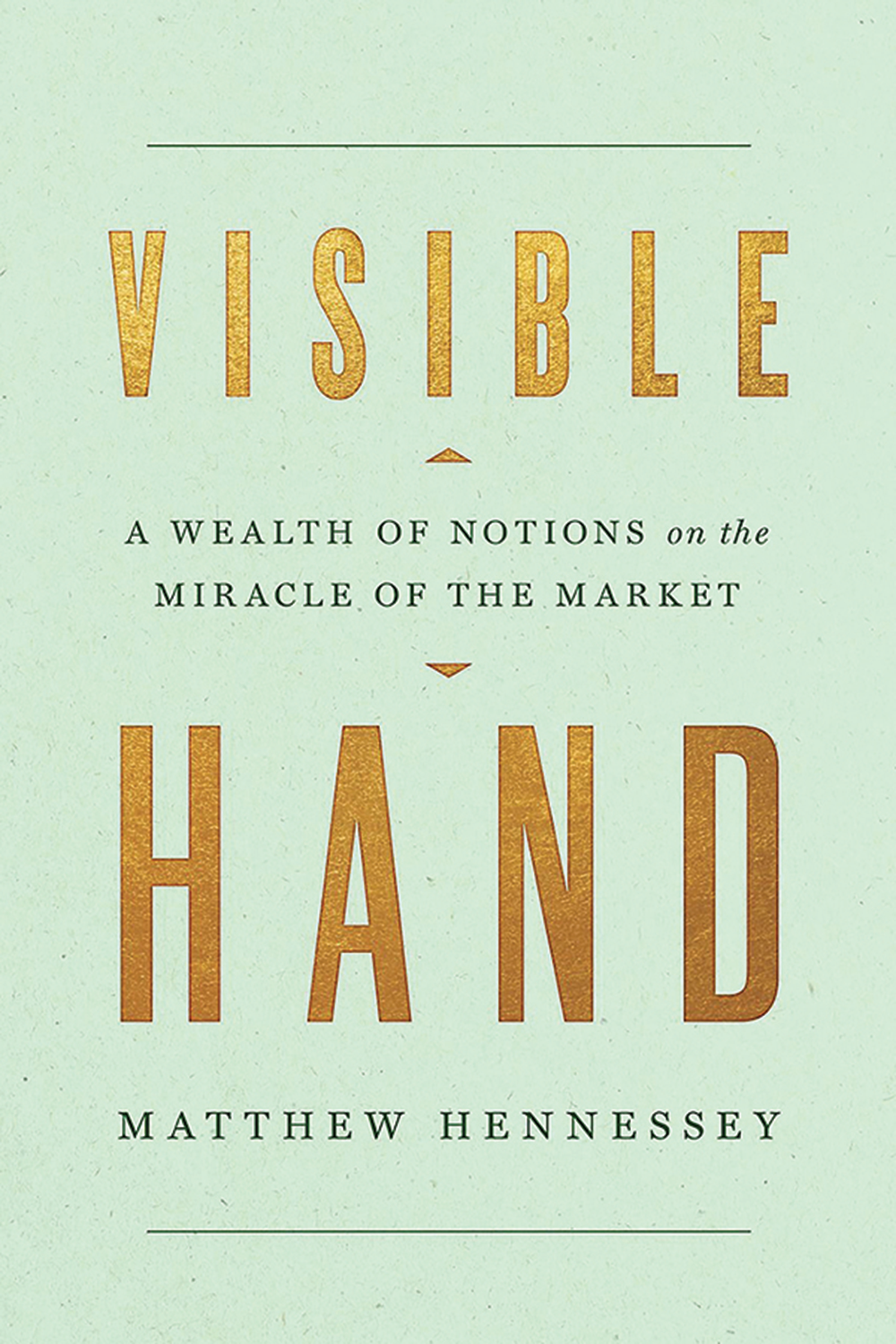 For most of history resources were painfully limited for the vast majority. Free markets are the “miracle” that Hennessey claims opened up both resources and choices for more people. But it seems the more we have, the less we understand how we got it. Critics of the free market are now found on the right (“common-good” conservatives) as well as the left, and their solutions are no more feasible than those of Bernie Sanders. “Economics” is not a template that can be imposed on a culture; its laws are as inviolate as the laws of gravity.

One legitimate complaint might be that Hennessey doesn’t adequately address the problems of the free market, or the proper use of public charity. But that’s outside the scope of his 220-page argument. Within his stated framework, he uses anecdote, personal example, and humor to clarify confusing concepts like inflation, price points, and wage and rent controls. Economics isn’t theory—it’s life, and better understanding equals better choices, both individually and corporately.