When it came out that the black activist Rachel Dolezal wasn’t actually black, Americans from across the political spectrum mocked her. We’re a race-conscious people who filter experiences through what we perceive to be immutable racial categories, forgetting the government’s inconsistent hand in creating those categories.

Bernstein’s relatively slim book doesn’t engage with biological questions about race or discuss to what extent race exists merely as a social construct. It’s a tangled story of governmental policies about race and the court cases that interpret them. It investigates two fundamental questions about race in America: Who developed our current classifications, and who decides which you belong to? As Rachel Dolezal found out, self-identification can be hazardous. 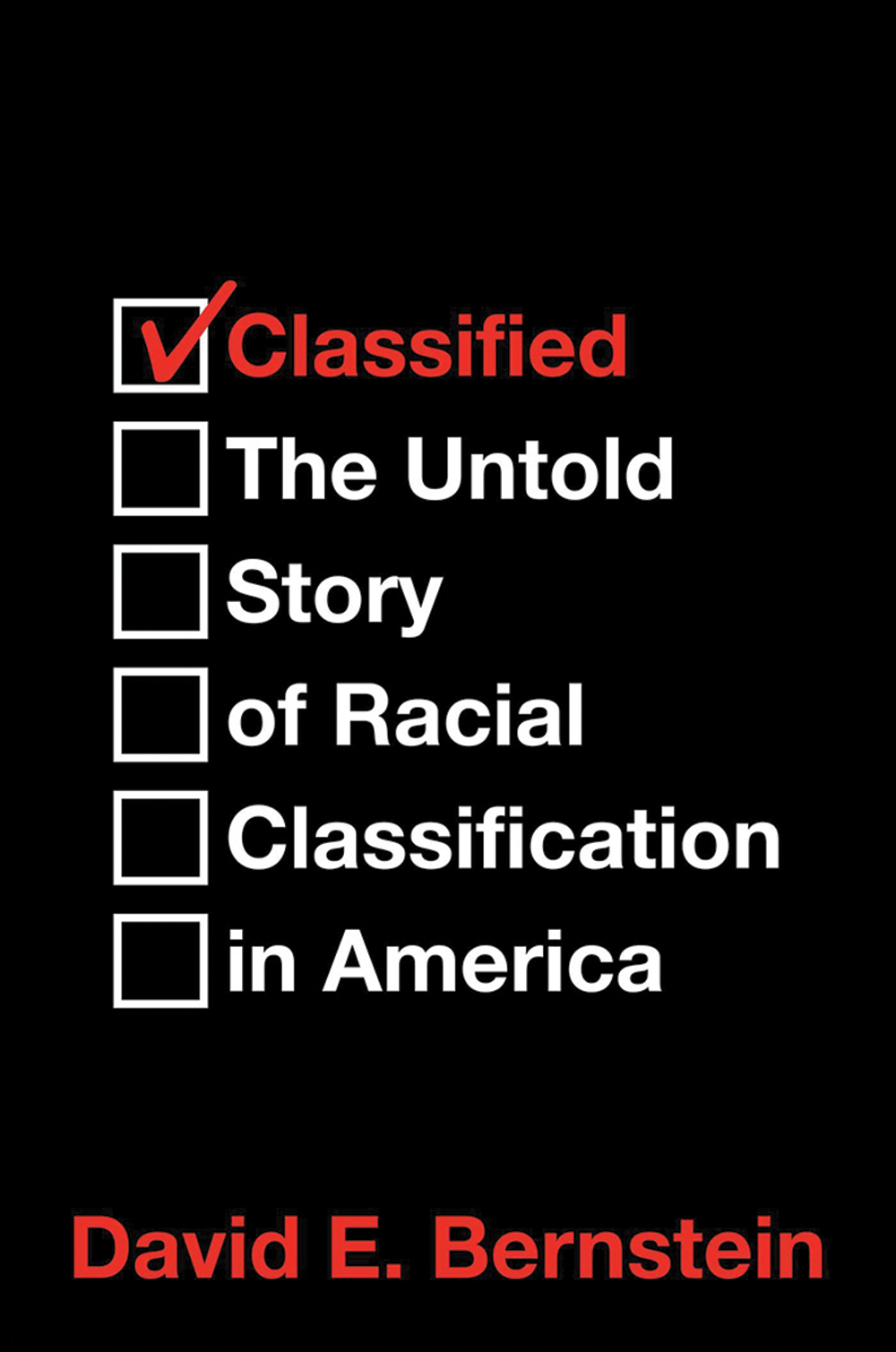 After World War II, various governmental programs designed to help disadvantaged minority groups required the definition of racial categories. Through a series of laws and policies the government settled on five racial groups: White, Black, American Indian or Alaskan Native, Asian, and Native Hawaiian or other Pacific Islander. Additionally, the government tracks one ethnicity, Hispanic, which an individual can identify with separately regardless of his racial classification.

Bernstein offers examples of people who don’t identify with their official category for various reasons. Many Americans identify as multiracial, but this identification is inconsistent, and the government just considers them as part of the most disadvantaged group, no matter how many boxes they check. The Asian classification has always been awkward, encompassing people whose families derive from Pakistan to the Philippines. But people from Afghanistan westward are “white,” no matter their physical appearance.

The classification of Hispanic fits uneasily in the system because Hispanics can also identify with all the other groups. Bernstein explains the political maneuvering that aimed to create a voting bloc of Cubans, Puerto Ricans, and Mexicans, and he also looks at minority groups that failed to gain legal protections—for example, Italians, Poles, Jews, and Cajuns.

Bernstein points out how these categories sometimes fail to help people who need protections. “American descendents of slaves” lose spots set aside for blacks to wealthy Nigerian immigrants. Hasidic Jews in New York, who have a distinct culture and high rates of poverty but no legal protection, lost their fight to keep a voting district intact because they’re just white. The government relies on self-identification, until it doesn’t. Bernstein looks at a number of court cases in which people the government considered white claimed Hispanic, American Indian, or black identity to gain some preference.

Part of the political left’s racial agenda over the last 20 years has been to create racial consciousness among whites, without which concepts of white privilege and white guilt are meaningless. The unintended consequence has been to create a consciousness among some whites more akin to white grievance. They feel like the ­losers in the government’s game of preferential treatment.

Bernstein argues perhaps America would be better off if the government pursued a policy of separation of race and state similar to the separation of church and state. Certain groups—American descendants of slaves, for example—could still receive special consideration. But Bernstein shows the current system of arbitrary classification has sown confusion and hasn’t always protected the interests of disadvantaged minorities.