A pandemic of anxiety

Three weeks ago, Guy Lyons had just enjoyed a late breakfast. He sat down on the couch with his phone and began scrolling through unanswered emails when his phone rang. It was his elderly neighbor, Mr. Earl, as the block called him.

Guy and Mary Lyons had moved into their diverse, lower-income neighborhood in North Little Rock, Ark., 11 years ago because they wanted to minister to neighbors like Mr. Earl. Over the years, they’d grown close to the retired police officer through neighborhood barbecues and driveway conversations.

Lyons knew Mr. Earl struggled with severe anxiety and depression. Those mental health struggles had only been worsening throughout March and now April under the weight of the coronavirus and lockdowns. Mr. Earl had become paranoid that he had the virus even though doctors assured him he didn’t.

So when Lyons’ phone rang, and he heard Mr. Earl say he “couldn’t take it anymore, the anxiety,” Guy Lyons leapt off his couch and ran the half block to Mr. Earl’s house.

The story doesn’t end well. After Lyons pounded on Mr. Earl’s door, he finally emerged but was holding a gun. Mr. Earl sat down in a deck chair, and, despite Lyons’ pleas, pulled the trigger.

Guy Lyons and his wife stood with the police under the hot sun until their skin burned. For Lyons, the questions are burning too. Should he have checked on Mr. Earl more often? Could he have said something different to talk him down? Lyons believes Mr. Earl took his own life under the weight of a collective, nationwide anxiety: “To me, Mr. Earl was a victim of the virus that he never actually contracted.” 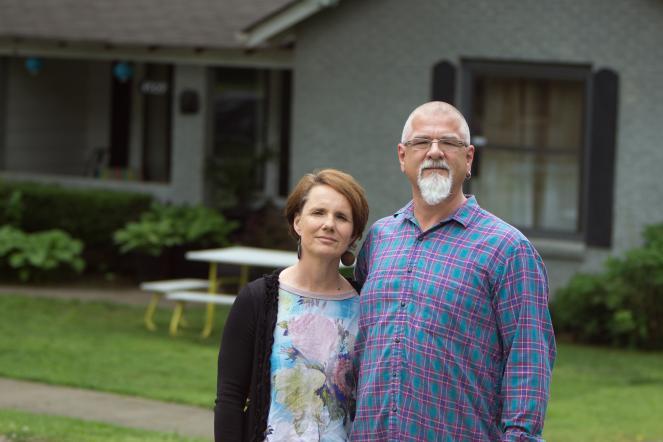 Billions of people across the world could describe the last several weeks in one word: isolation. Stay-at-home orders are aggravating but manageable for most of us. But for some the isolation—combined with financial and family stress, fear of the coronavirus, and grief over loved ones affected by the virus—can spawn anxiety and depression, and that can become dangerous.

Mental health hotlines report a substantial increase in the number of calls since the coronavirus pandemic came to American shores. The Pew Research center found in a March 19-24 survey that 18 percent of adults said they’d felt nervous or anxious most or all of the time in the previous week. In comparison, a 2018 federal survey found that just 9 percent of adults had felt nervous in the previous month.

Historic job losses may be contributing to the anxiety. A 2017 study by the National Bureau of Economic Research found a 3.6 percent increase in a county’s opioid death rate when its unemployment rate increased 1 percent.

Haesue Jo is a marriage and family therapist at BetterHelp, an online counseling platform. Online platforms like hers are seeing a boom of both patients seeking help and counselors applying to join their online networks.

Jo notes the online counseling boom largely includes people who have never sought therapy before but now face a set of environmental stressors that don’t yet have an end in sight. “I think that is causing a different kind of stress that I haven’t really seen before,” Jo said.

While some people feeling depressed or anxious seek professional help, many more do not. Those are the people pastors and ministry leaders are trying to reach, but knowing how to help can be a difficult task without psychological or psychiatric education. So some Christians are seeking that training.

On a recent afternoon, a group of Denver pastors and ministry leaders met on a Zoom call with Dr. Christian Thurstone, a psychiatrist at Denver Health. Thurstone told them reflex responses like “you shouldn’t feel that way” or “don’t feel that way,” actually make a person’s depressed and anxious thoughts worse.

“The subtle message under all of that is that it’s not OK to have anxiety, which we now know makes anxiety worse,” Thurstone said.

A better response? Be present and practice reflective listening. Thurstone also noted that especially during a national crisis, anxiety and depression will almost always be connected to something a person cares about—whether that’s health, safety, finances, a job, or family: “Trying to get to the other side of that coin will help you move the conversation.”

Ken Haugk is a pastor and psychologist who founded and heads Stephen Ministries, which trains pastors and lay people in counseling and mental health care. Over the past six weeks, Haugk has seen increased demand from churches for counseling resources as their congregations look to them for comfort. “People want to talk with their pastors,” he said. “They are wanting to talk with their deacons or elders.”

Some Christians tend to interpret anxious or depressed feelings as the result of a lack of faith, but Haugk points to the pain and anguish many of the Psalms share, that Jesus wept when Lazarus had died, and how Jesus met his disciple Thomas in the midst of his doubts: “Christians need to know that there is absolutely nothing wrong with feeling bad, with crying, with hurting. Because we are Christians, we can feel more comfortable sharing our true feelings.”

Haugk hopes one positive to come out of the COVID-19 crisis could be a broader emphasis in churches on ministering to people’s mental health needs.

Many churches are trying to meet people in the midst of their doubts by giving them tangible reminders they care with phone calls, Zoom meetings, drive-by prayer trains, and activity ideas for parents to do with children.

Lindsay Emery works as an orthopedic surgical technician near Salt Lake City, Utah. Her work hours have been cut, forcing her to spend almost every day, all day, at home. That’s made her lifelong battle with loneliness, depression, and anxiety worse.

To help, her church sent a personalized box of snacks with rice crispy treats, granola bites, and peanut butter bars. For Emery, that seemingly small gesture “pushed away that feeling of being forgotten.” She keeps the now-empty box on the counter as a reminder that she’s seen and missed.

And while Emery continues to struggle with the isolation, she’s learning to identify with Jesus’ suffering in the Garden of Gethsemane and how isolated He must have felt: “We are only getting the tiniest glimpse of what that was like for Him.”

Meanwhile, Mr. Earl’s death has given Guy Lyons a renewed mission to call neighbors, knock on doors, and make himself available. And while Lyons now has to deal with his own trauma as a result of witnessing his neighbor’s death, he comforts himself knowing the last person Mr. Earl saw loved him: “I’d rather deal with what I’m dealing with knowing that Mr. Earl wasn’t alone.”