BOOKS | Homelessness is a crisis that more houses won’t fix

Imagine a game of musical chairs, with one of the contestants on crutches. As 10 people scramble for nine chairs, the player on crutches will doubtless be left standing. That vulnerability, however, isn’t the “root cause” of the player’s chairlessness, because if the room had 10 chairs, his crutches would be irrelevant.

Housing scholar Gregg Colburn and data journalist Clayton Aldern use this metaphor in their trailblazing new book Homelessness Is a Housing Problem (University of California Press, 2022) to illustrate their main argument. They write that in discussions about homelessness, vulnerabilities like addiction and domestic abuse are a distraction from the fact that there simply isn’t enough affordable housing to go around.

The argument that homelessness is merely a side effect of expensive rent is alluring. Unfortunately, the authors, though good at crunching numbers, are bad at drawing conclusions.

For example, San Francisco and Chicago are both Democrat-governed cities with comparable rates of mental health and addiction problems. San Francisco, however, has five times the level of homelessness. The main difference is housing prices. Colburn and Aldern claim that while individual vulnerabilities matter, high housing prices are a requirement for homelessness. 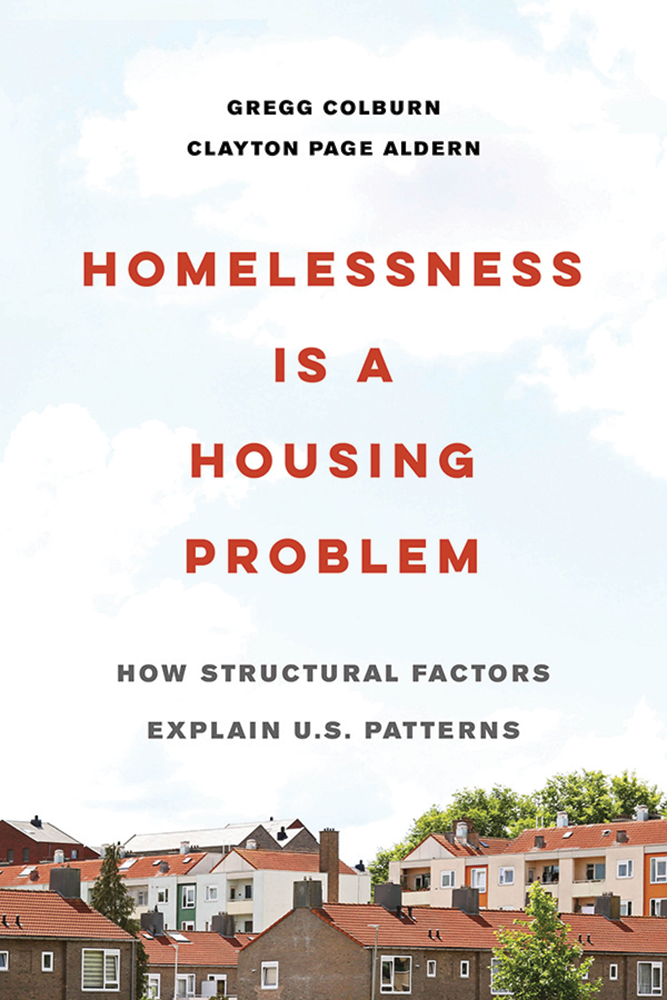 While their data certainly adds to the conversation, their conclusion ­overreaches on two levels.

First, they conflate variation in homelessness with absolute amounts of homelessness, overlooking the fact that even places with low home prices retain significant homelessness. In my own state of Missouri, rental prices are the second lowest in the nation—44 percent less than the national average. Yet, homelessness still exists, and at the 28th-highest level by state.

Second, they define the problem in a way that is so reductionist that it becomes misleading. The word homeless is functionally a euphemism for a person who not only lacks a home but also has myriad other problems. This is often the case with euphemism; the label only refers to a small element of the implied concept. If a contractor gives you a bid to build a “bathroom,” you will expect that he plans to install a toilet as a part of the package. If Colburn and Aldern have a solution to “homelessness,” the inference is that they will provide the formerly homeless with an improved life.

“Jimmy,” a man at my local shelter, is a typical example of a “homeless” person. Beginning at 3 years old, he was a victim of prolonged sexual abuse. He started using meth to make his nightmares go away, but it soon took away everything else as well. Jimmy was not just homeless; he was also jobless, friendless, addicted, and suicidal.

Jimmy needs more than a house. He needs a physical, psychological, social, and spiritual intervention, led by people who genuinely care about him.

Colburn and Aldern are right that Jimmy needs to live in a society where necessities like housing are within reach if he works full time. The special interest policies that prevent the building of new housing in order to elevate home prices for existing owners are repugnant, and the authors deserve credit for drawing attention to this fact.

But the authors fail to realize that homelessness is a problem with a wide variety of causes. Thus, a magical cure-all for homelessness will continue to elude the brightest minds of our era.

—Nathan Mayo is the network director for the True Charity Initiative