A most inconsistent Founder

A generation back, school curricula taught children America’s Founders were great men who did great things. When we learned about U.S. presidents, we only learned about the good they did, or we were simply taught that whatever they did was in fact good. The situation has changed considerably in the last 20 years. Now schools are more likely to highlight the Founders’ involvement with slavery or their abuse of indigenous peoples. Even Thomas Jefferson, who was once universally admired by progressives as a champion of Enlightenment thinking and as the author of America’s beloved Declaration of Independence, risks getting canceled.

Our current cultural climate incentivizes black-and-white judgments about America’s past, making Thomas S. Kidd’s new biography, Thomas Jefferson: A Biography of Spirit and Flesh, refreshing. His book provides a nuanced and intimate analysis of Jefferson that illuminates the man’s contradictory nature. Kidd, who was formerly a historian at Baylor University but moves to Midwestern Baptist Theological Seminary in the fall, has written numerous books about religion in America.

Kidd walks us through Jefferson’s life chronologically: his upbringing and education, his contributions to the independence movement, his time as president, and his later years as the founder of the University of Virginia. We’re introduced to a man acquainted with loss—few of his children with his wife Martha lived to adulthood—and plagued by problems, many of which he brought on himself. Jefferson was an intellectual, but the book explains how his beliefs were often at odds with his practices. 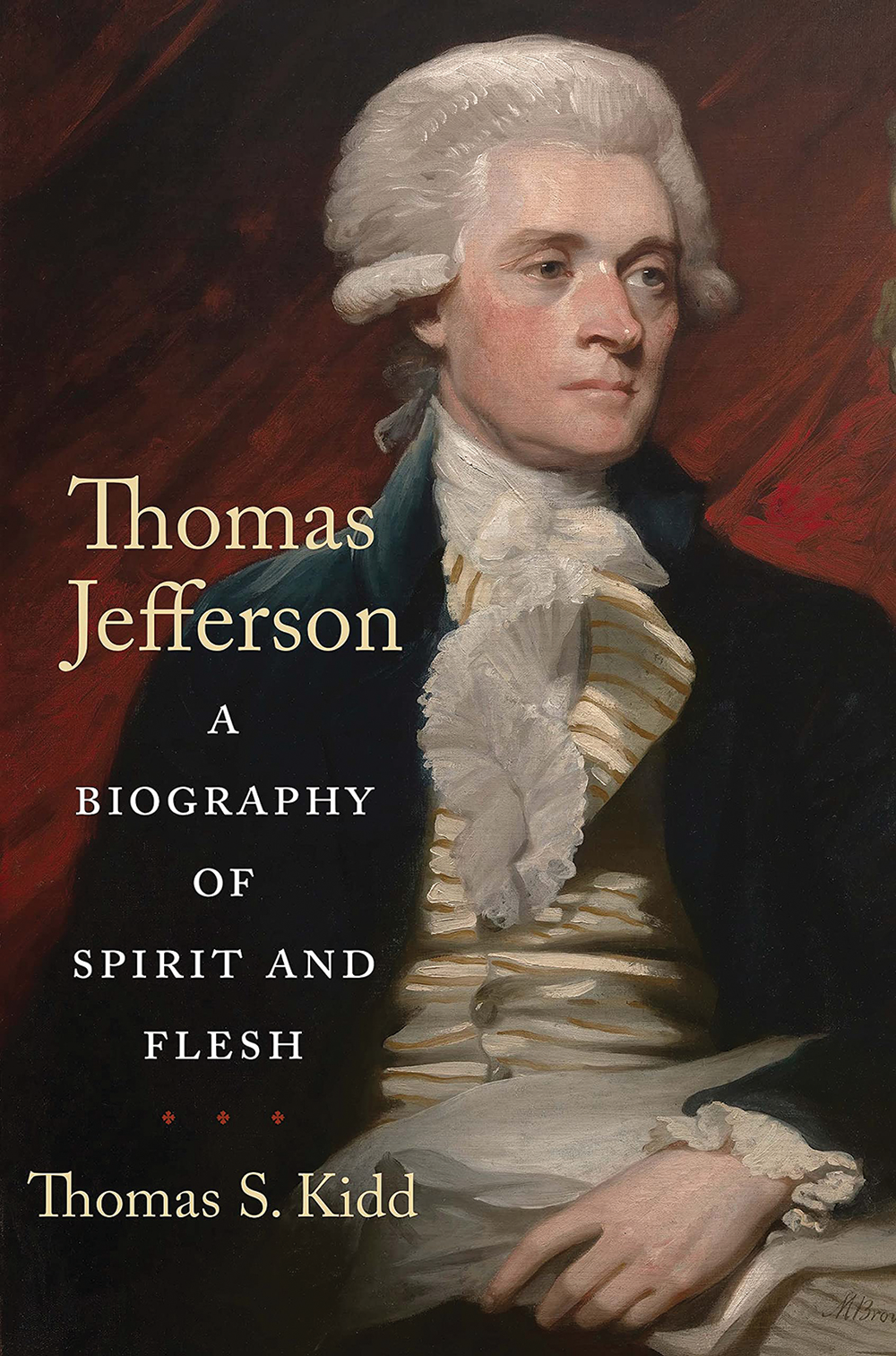 From his youth, Jefferson doubted many of the claims of Christianity, and during his political career, he encouraged the separation of church and state. Historians—and sometimes Jefferson’s contemporaries—often claim he had a fully secular worldview or was perhaps a deist. Kidd argues that while Jefferson wasn’t an orthodox Christian, he espoused an idiosyncratic form of spirituality more robust than deism. Deists believed God created the universe and then ceased involvement. Jefferson’s unguarded correspondence with friends shows he believed in God’s providence, and his proof for providence was the triumph of Enlightenment ideals brought about by the American Revolution.

Jefferson’s public and private writings were steeped in the language of the Scriptures. He considered himself a Christian, even though he thought the Trinity an absurd doctrine and he refused to believe in Jesus’ divinity. Jefferson located the truth of Christianity in Jesus’ moral teachings. Everything else was superstition. He believed humanity could perfect itself, and he promoted a strict moralism for himself and his family. It was a moralism he was never able to live up to.

Financial woes dogged Jefferson throughout his life. His father-in-law left him with wealth but also hefty debts. Jefferson preached a gospel of financial stewardship, but his debts increased due to his profligate spending. He wanted a life of philosophical simplicity, but his expenditures on houses, books, and wine ensured he never achieved his goal.

Jefferson’s slave owning seems most at odds with his stated doctrine “that all men are created equal.” How is it that the author of the Declaration of Independence could deprive people of liberty? Jefferson himself recognized the contradiction. As a young politician, Jefferson suggested Virginians free their slaves but said emancipation couldn’t happen until America could send blacks back to Africa. Throughout his life, abolitionists asked him to help their cause, but the older Jefferson got—and the more precarious his financial situation became—the less interested in emancipation he was, though he still held it out as an ideal.

Despite Jefferson’s inconsistencies and failings, Kidd doesn’t condemn the Founder. Instead, the book provokes pity for this man who rejected Christianity, believing his own learning and rationality could lead to salvation. Jefferson doesn’t just fail the test of orthodoxy, at every turn he failed to live up to the post-Christian ideals he had constructed for himself.