IN A FEDERAL LAWSUIT against Twitter, two boys say they were sexually exploited on the social media platform. One of the boys said that when he was 13, an online predator posed as a 16-year-old girl and ­solicited explicit photos. Three years later, the boy learned the photos were being distributed on Twitter.

He says Twitter denied his and his mother’s request to remove the photos, which garnered 2,000 retweets and 160,000 views, and did not remove the photos until the Department of Homeland Security became involved. The case is now before the 9th U.S. Circuit Court of Appeals.

Several Twitter accounts with content that reportedly sexually exploits children racked up more than 10 million views before Elon Musk took over the company, according to a report in December from an independent cybersecurity and data analyst working with Twitter’s new management. More than 95 percent of the active Twitter accounts with exploitative videos had “acted with impunity for years,” the analyst, Andrea Stroppa of the cybersecurity group Ghost Data, said in a tweet.

Meanwhile, Twitter’s safety team touted improved detection and enforcement ­methods, which it said led to more accounts containing child pornography being suspended in November than in any previous month in 2022. It also reinstated a reporting mechanism for minors experiencing sexual exploitation on the platform. Stroppa said in a tweet that the platform removed 44,000 accounts apparently involving child pornography, including 1,300 attempting to bypass Twitter’s detection efforts. 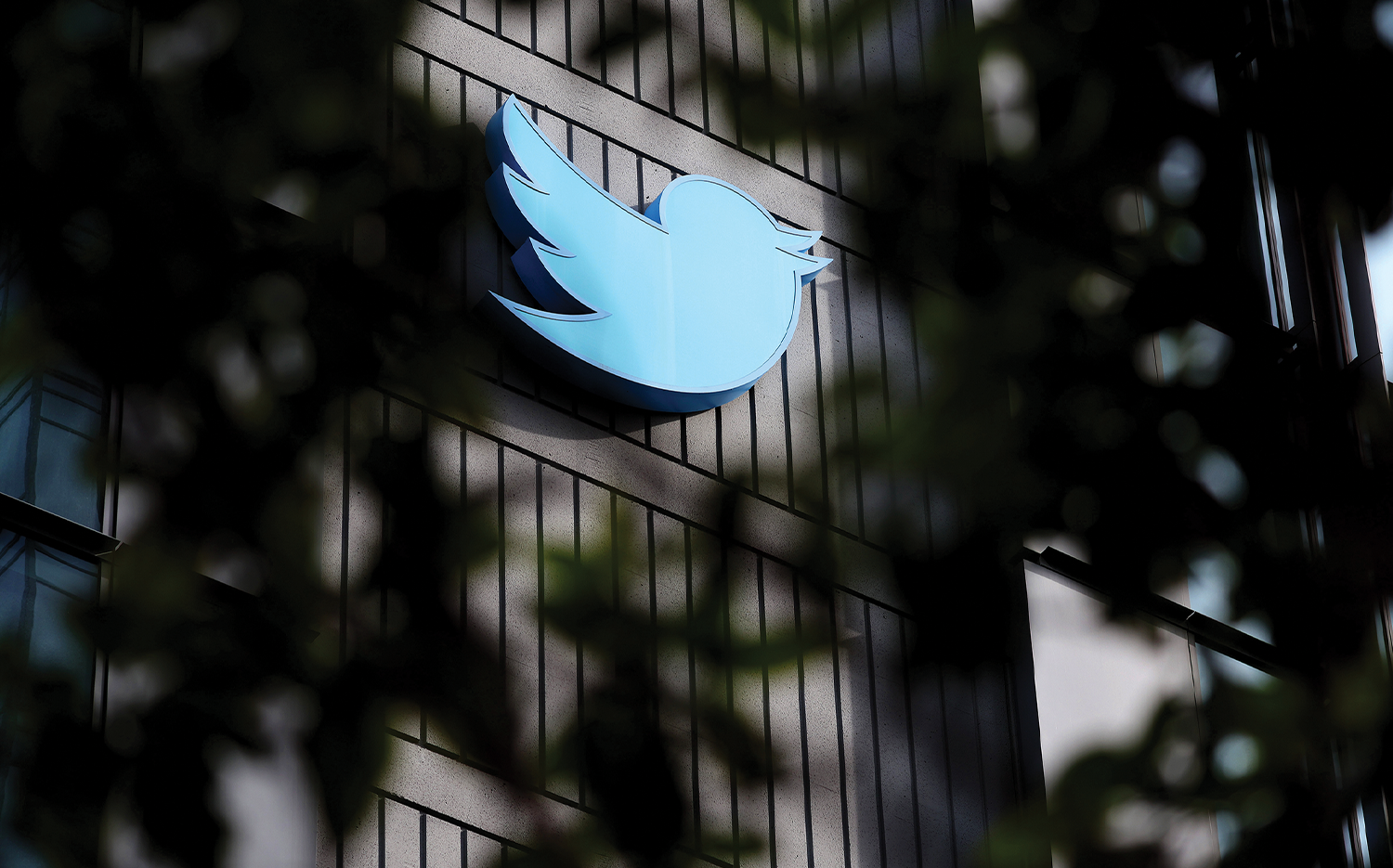 The Twitter logo is posted on the exterior of Twitter headquarters in San Francisco. Justin Sullivan/Getty Images

In a Dec. 9 Twitter Spaces audio session, Bleu accused past leadership of being more concerned about censoring users’ speech and ideas than removing child sexual abuse material. Both Musk and Ella Irwin, who was recently promoted to Twitter’s trust and safety head, attended the session.

Critics of Musk, including former employees, say the company’s skeletal staff is even less capable of managing rampant child pornography on the platform. Irwin, the Twitter safety chief, has disputed that claim, telling Bleu during the Twitter Spaces conversation that the company is “moving faster than we’ve ever moved.” Irwin said when she joined the company last June, she found “gaping holes” in staffing and resources devoted to child safety. Under Musk, she believes, the company will implement much-needed changes.