A little of everything

Coby James by Coby James: With John Mayer–level talent and similarly infectious bluesy pop-rock, the buzz around Coby James makes sense. The kid himself (he was only 17 when the album released) even admits, “I’ve got finesse,” when facing his haters in “No Trouble.” Tooting your own horn is an incomplete answer to bullying, but “Pressure” shows the singer and multi-instrumentalist ascribing the source of his strength more clearly to God, amid sticky rhythms and a great hook. In “Paradise,” finding satisfaction outside of God is like “a thousand miles chasing / but it’s always outta reach.”

Backroads & Small Towns by Whosoever South: Whosoever South returns with an electrifying combination of hip-hop and country that band members dubbed “Country Crunk.” The rousing “We All One People” features searing banjo licks and explosive rap that rail against the political divide: “We talking and talking, but still we missin’ / It’s shocking how awful we never stop and listen.” With full-throated expression of patriotism and faith, this Southern-fried fusion will prove comfort food to many. But amid so much weaving together the love of country and love of God, it’s hard to tell where one leaves off and the other picks up.

Citizen of Heaven by Tauren Wells: Wells’ dance-worthy pop prowess and slick vocal stylings already beg comparisons to Michael Jackson. Melodious whoops in the title track only bolster the comparison as Wells marvels, “You grow the lilies with Your majesty / and You don’t even love ’em like You love me.” But on “Miracle,” with its arrestingly tight beat, ambient keys, and R&B fills, Wells goes full Jackson-esque. Unlike Jackson, however, Wells contrasts a secularism that leaves “all these conversations filled with doubt” with faith that “no one can deny / what I’ve seen with my own eyes.”

Supernatural by Paradise Now: While others chase hip-hop and club vibes, Paradise Now stands against the musical current by offering unabashed hard rock in the vein of Skillet. Also like Skillet, the Wales-based outfit incorporates spiritual themes in a general way that can resonate with a wider audience. The title track blasts off with propulsive drumming and the observation that, despite internal and external forces fighting against faith, the supernatural finds a way into the world. “Young Guns” includes moments of machine-gun rhythms and lyrics that effectively express the intensity and upheaval of youth. 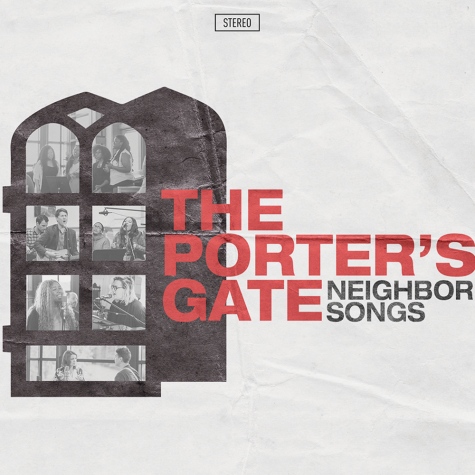 The Porter’s Gate sounds a bit like All Sons & Daughters if you throw in a few more sons and daughters. That makes sense: The group is a collective that includes Leslie Jordan (from All Sons & Daughters) and familiar names like Audrey Assad and Josh Garrels.

As expected, the tracks on Neighbor Songs are diverse—Assad brings her usual spare and soaring beauty and Garrels his relentlessly groovy crooning—but all feature carefully crafted artistry that stimulates the mind and pleases the senses.

The goal was a “renewal of worship,” according to the group’s website. To facilitate that, they gathered theologians and songwriters to explore God’s call to love your neighbor: “uplifting and lamenting with women in the Church who have been silenced or abused … loving the least of these as we love ourselves and Jesus … and welcoming others of difference rather than fearing them.” While the songs include various ecumenical and social justice threads, the musical and lyrical quality suits the overall message of a return to humility and a faith that expresses itself through demonstrative love.

Jeff Koch Jeff is a music and lifestyle correspondent for WORLD. He is a World Journalism Institute graduate and works as a mortgage lender. Jeff resides with his wife and their 10 children in the Chicago area.
COMMENT BELOW