A League of Their Own

TELEVISION | Despite top-notch production values, this women’s baseball comedy reboot has a hollowness at its core

Nostalgia for the 1980s and ’90s continues to drive the entertainment industry, and studios continue digging through old franchises looking for new profits. The latest victim of this endless quest to reboot the past is A League of Their Own—the 30-year-old sports ­comedy based on the historical All-American Girls Professional Baseball League, which ran from 1943 to 1954.

The 1992 movie starring Tom Hanks and Geena Davis performed well at the box office and became a beloved classic. This new show starts in the same place as the movie, but the series takes its story in a new LGBT direction that won’t appeal to many fans of the original.

It’s 1943, and as more men are drafted into World War II, baseball owners start thinking about how they’re going to keep the sport alive. Could a women’s league drum up some interest? The idea is met with some skepticism, but the women who want to play remain hopeful.

One of the ladies recruited to play in the new girls league is Carson Shaw, played by comedian Abbi Jacobson. When Carson gets a letter saying her husband will be back from the war soon, she panics and runs away to Chicago for the tryouts. Jacobson’s Carson fills the role Geena Davis played in the original—the level-headed catcher who becomes the team’s leader. She befriends Greta and Jo—D’Arcy Carden and Melanie Field play these roles analogous to those of Madonna and Rosie O’Donnell from the original.

The series treads some of the same ground as the movie. These tomboy athletes protest playing in skirts, and they often struggle with the expectations of refinement their employers place upon them.

The series puts Nick Offerman (Parks and Recreation) in the role of Tom Hanks’ reluctant coach, though Offerman’s character isn’t a fall-down drunk like Hanks’ Jimmy Dugan. He has some funny moments, but there’s nothing in the series that even approaches Hanks’ iconic “There’s no crying in baseball” scene.

But the setup is where the similarities end.

In addition to the girls on the Rockford Peaches, we meet Maxine, a black girl who wants to play baseball more than anything, but she gets snubbed when she attempts to try out. She doesn’t look like the other girls. The show contains two parallel storylines—Carson’s and Max’s—without much interaction. This dual storyline damages the series’ structure. Either story could have been its own series. Smashing them together proves distracting.

The costuming and production values are top-notch, but the dialogue can be annoyingly anachronistic. Bad language earns the series its 16+ rating, and we also hear the characters say they’re “super excited” or complain about “trash-talking,” ­a phrase that wouldn’t exist for decades. One character in particular talks like a millennial who’s spent too much time in therapy.

But these are the least of the show’s problems. When rebooting A League of Their Own, Amazon Studios didn’t make a baseball ­comedy at all. Instead, the series is a lesbian romantic fantasy. Half the Rockford Peaches are gay. One of those lesbians seduces the married Carson, convincing her she’s a lesbian too. Maxine too turns out to be a lesbian, and her girlfriend is the black preacher’s wife—the show mocks Christianity, though it treats black religious expression with a bit more respect than white piety.

The real-life All-American Girls Professional Baseball League did have some lesbian players, a fact that the 1992 movie passes over. But this show isn’t attempting to set the record straight and offer a nuanced retelling of the league’s history. Amazon’s A League of Their Own inserts the worst of contemporary identity politics into the 1940s complete with a subplot about a thriving transgender African American. 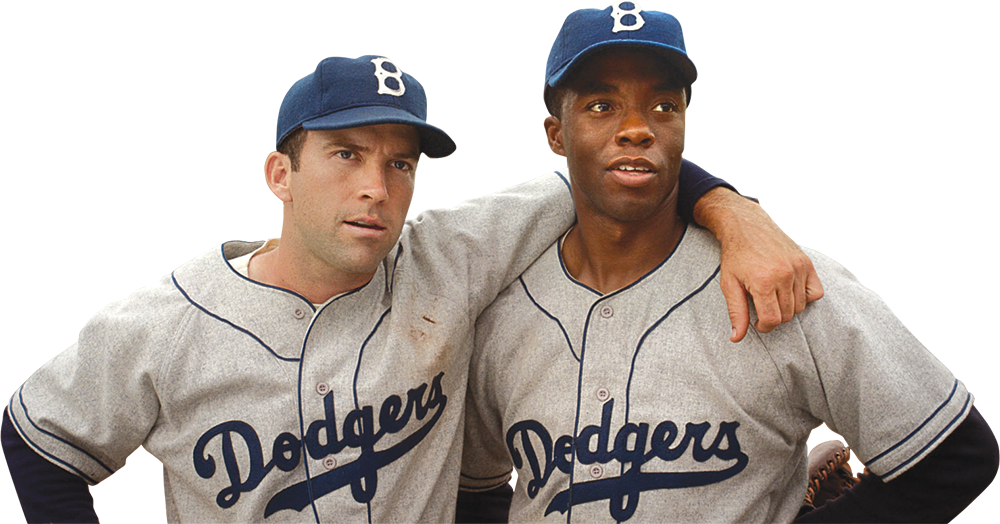