A leader with vision

BOOKS | Ronald Reagan had the grit and courage to make peace

Spectators in West Berlin cheer Reagan in 1987 after he called on Soviet leader Mikhail Gorbachev to “tear down this wall!” J. Scott Applewhite/AP

William Inboden’s new volume The Peacemaker (Penguin Random House 2022) is a welcome counter to the media image of Ronald Reagan as the trigger-happy cowboy or doddering old man. Inboden’s analysis of Reagan’s foreign policy during his eight years in office shows a confident, clear-eyed president: his own best speechwriter, strategist, and negotiator. His accomplishments on the world stage were no accident. They were the product of the genius, conviction, and courage of one of America’s greatest presidents.

The world as Reagan found it was not pretty: economic stagnation at home and a decade of détente abroad, which one aide rightly labeled “losing as slowly as possible” to the USSR. By contrast, Reagan’s theory of the Cold War was “we win and they lose.”

His path to victory was simple: peace through strength. But Inboden demonstrates that Reagan’s was not a strength born simply of increased arms expenditures. It was a strong military underpinned by a strong economy, but also a strong sense of mission and moral confidence against an ideologically flawed foe. 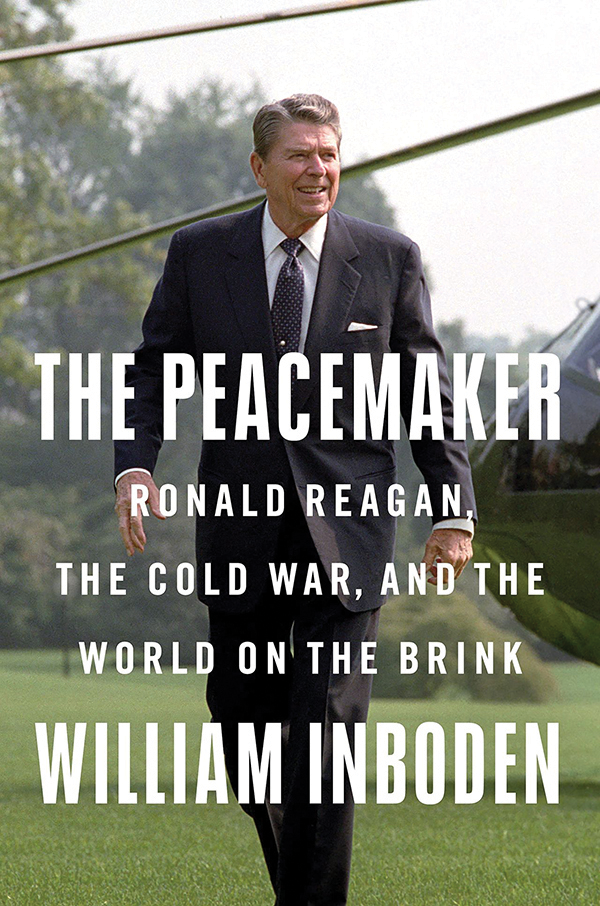 Reagan’s deep beliefs about capi­talism and freedom rested on the foundation of his Christian faith. Though not a public faith like that of Jimmy Carter or George W. Bush, Reagan’s Christianity was personal and heartfelt, as demonstrated in Paul Kengor’s God and Ronald Reagan (HarperCollins 2004). This played a part, Inboden shows, in Reagan’s commitment to religious freedom and the moral superiority of the West over the USSR.

Closely associated is Reagan’s strong friendship for Israel. Inboden quotes Reagan’s own diary: “The Jewish community … [has] never had a better friend of Israel in the W[hite] H[ouse] than they have now.” That affinity would be vital as Reagan confronted the Iraq nuclear plant strike, the Lebanon invasion, and other regional issues. Though he did not always agree with Israel’s government, he retained his affection for Israel’s people and purpose.

Though generally sympathetic to Reagan and his goals, Inboden does not shy from criticisms. For instance, Reagan sometimes failed to find the right balance between his commitment to democracy, liberty, and human rights and his need for anti-communist allies among the dictators ruling nations such as South Korea, Taiwan, Chile, and South Africa.

Second, Reagan’s foreign policy staff lacked the unity and efficiency of his domestic policy and political team. Reagan, for all his other virtues, was a mediocre manager beset by staff members who spent more time fighting turf wars with one another than fighting the Soviets. The famously funny Reagan himself knew this, joking, “In my administration, sometimes our right hand doesn’t know what our far-right hand is doing.”

Inboden is an academic—a professor at the University of Texas—and hopefully his book will have an impact on his fellow historians and students of grand strategy. Fred Greenstein’s The Hidden-Hand Presidency (Basic Books 1982) single-handedly transformed Dwight Eisenhower’s reputation from a genial golfer who napped daily to a marionette master pulling all the strings at the start of the Cold War. This book should have a similar positive effect on Reagan’s reputation. But its narrative form, chronological layout, and minimal jargon make it equally accessible for a general audience.

Richard Nixon once observed that the greatest title history can bestow is that of peacemaker. Of course, peace does not just happen—in a fallen, ­broken world, global peace is not the natural state of man, as much as some may wish it were so. Peace must be made, often with at least as much grit, courage, and strategic vision as war. Inboden shows us Reagan’s worthiness of the title peacemaker—and the greatness of the man who earned it.

Daniel R. Suhr serves as managing attorney at the Liberty Justice Center. His clients include victims of cancel culture, parents seeking educational alternatives for their children, and citizens speaking up in the public square. Before joining LJC, he served as a senior adviser to Wisconsin Gov. Scott Walker and a law clerk for Judge Diane Sykes of the 7th U.S. Circuit Court of Appeals. He is a member of Christ Church Mequon, an Eagle Scout, and a fair-weather runner. He’s married to Anna and loves building Legos and watching Star Wars with their young sons, Will and Graham, at their home near Milwaukee.