Netflix must have believed it had a sure-fire winner with its new feature film Don’t Look Up. The movie was written and directed by Adam McKay, who won an Academy Award for his work on The Big Short. It also stars Academy Award winners Meryl Streep, Leonardo DiCaprio, Jennifer Lawrence, Cate Blanchett, and Mark Rylance. And if those heavy hitters weren’t enough, Netflix managed to populate the minor roles with superstars like Ariana Grande, Tyler Perry, and Timothée Chalamet. But despite all the glitter, this satirical disaster movie about a comet hurtling toward Earth doesn’t shine.

The movie is rated R for strong language and some nudity—mostly played for laughs—and it doesn’t have much to redeem it. This review contains spoilers because I don’t want you to sit through this dreadful movie. If you insist on seeing it, don’t read further.

DiCaprio and Lawrence play astronomers at Michigan State who discover a new comet, but their celebration quickly turns to panic when they realize the comet is on a collision course with Earth. They alert NASA, and they gain an audience with the president, played by Meryl Streep. Initially the president is too worried about midterm elections to bother the public with some bad news, so the astronomers go to the media. The media is too consumed with a celebrity breakup to inform the public about the impending doom. The scientists keep shouting about the need to do something, but their warnings fall on deaf ears.

The president eventually decides to act, because she needs to distract the public from her political scandals. But just when it looks like the impending comet crisis will be solved, big business steps in with a plan to enrich the world by safely mining precious minerals from the rock. The scientists warn the world the plan will fail, a warning that again falls on deaf ears. The plan fails, and the Earth is destroyed. The end.

In Don’t Look Up, McKay wants us to see the comet as a metaphor for climate change. I won’t offer any policy recommendations concerning clean energy or greenhouse emissions, but I will say Don’t Look Up takes a complicated issue and dumbs it down without adding to the discussion. Satire should be smart, and it should bite. In this film, McKay offers no witty criticisms of contemporary America’s failure to act on climate change. 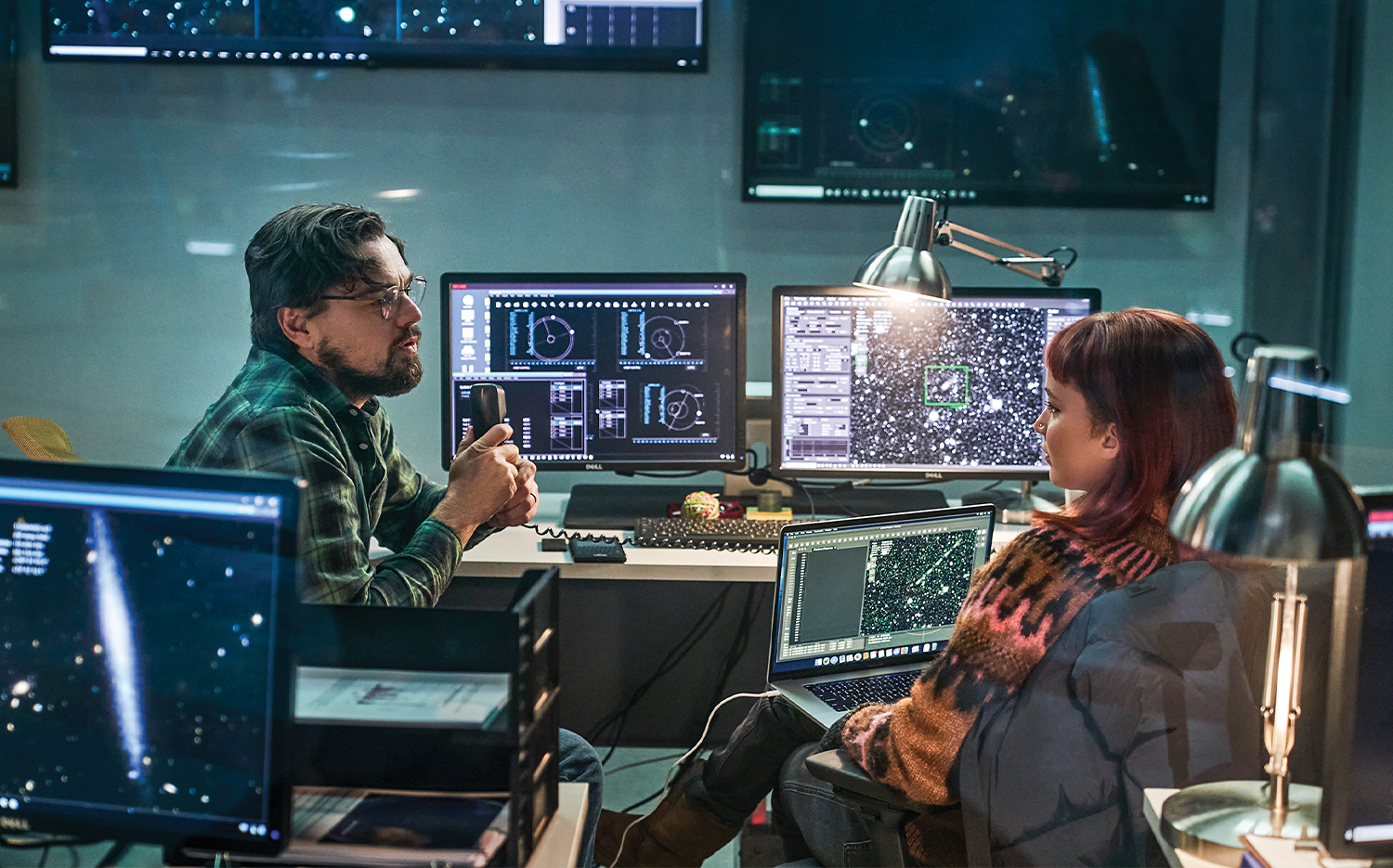 McKay’s villain is the Republican party, and Streep’s president is meant to be a version of Donald Trump whom she plays too broadly, making the character disgusting and uninteresting. Blaming all the world’s problems on the former president is a favorite pastime in some political circles, but it’s ridiculous how much credit he’s given. Is Trump some malevolent god? Does McKay think Trump warmed the planet himself? Was Trump’s presidency the only opportunity to act? In the movie, the power to stop the comet falls exclusively on the shoulders of the president, and Streep’s right-wing religious bigots are the only political party on screen.

But it’s not just the politicians. McKay indicts us all because of our apathy. One could argue Americans spend too much time on social media and care too much about celebrity culture, but do these things cause climate change? In the movie, society is too distracted by the ephemeral to take the comet seriously, but how does that work with McKay’s metaphor? Would we all agree about the climate issue if we didn’t look at our phones so much? These kinds of critiques miss the mark and evince a certain laziness in McKay’s thinking. McKay has been writing and directing movies for almost 20 years, and Don’t Look Up is probably the worst thing he’s made.

Don’t Look Up isn’t satire at all. It’s an angry scream directed against Republicans, and just like most angry screaming, it doesn’t make much sense. This movie might appeal to true believers, but it won’t change anyone’s mind. Maybe it wasn’t meant to. Don’t Look Up is merely an expensive exercise in virtue signaling by McKay and a host of Hollywood stars.