A climate of insecurity

Turkey is deporting Christian workers and church leaders, despite bowing to U.S. pressure one year ago in releasing American Pastor Andrew Brunson

Andrew Brunson, in red tie and glasses, upon his release from two years’ detention in Turkey Emre Tazegul/AP

In his 20s, a man we shall call Bill read that Turkey was the largest least-evangelized country in the world. He thought about Paul, the disciple of Jesus Christ, who described in Romans 15 a vision of seeing the entire Mediterranean world—“from Jerusalem to Illyricum”—evangelized. And he adopted it as his own calling, to go where “those who have never been told of Him will see, and those who have never heard will understand.”

More than 30 years ago, Bill with his wife and young child left America and moved to Turkey. They took up a variety of day jobs while working alongside Turkey’s fledgling Protestant community, teaching, planting churches, and translating Bible texts. They put down roots, learning the language, making friends, and having more children. They became legal residents with valid visas renewed periodically, most recently in March this year. “There was never any question about our status or work,” he said.

That changed this summer. As Bill and his wife left the country to meet their now-adult children for a family vacation, a border official processing his passport (Turkey requires an exit stamp for those departing) set down her tea and called a supervisor. “He has an N-82 that is active,” she said. “What should I do?”

The N-82 code meant Bill’s visa to live in Turkey was voided because he could be a threat to national security. It meant he’d be deported or banned from reentry.

Under President Recep Tayyip Erdogan, such measures have been adopted to punish residents ever since he declared a state of emergency in 2016 following an attempted coup. The government lifted the state of emergency in July 2018, but continues to deploy extrajudicial measures—even though the constitution provides for freedom of belief and prohibits religious discrimination.

This year authorities have slapped N-82s on dozens of foreigners, revoking valid visas without warning and banning them from Turkey. An estimated 50 Protestants have been forcibly expelled, including several dozen Americans.

Despite the crackdown, at last month’s UN General Assembly in New York, President Donald Trump praised President Erdogan at a summit on religious freedom organized by the United States. Flanked by UN Secretary-General António Guterres, Vice President Mike Pence, and Secretary of State Mike Pompeo, Trump said Erdogan “has become a friend of mine” and highlighted his role in “a very short and respectful negotiation” for the release of American Pastor Andrew Brunson.

Brunson, who attended the New York event, was jailed under Turkey’s emergency laws in a two-year ordeal starting in 2016. A Turkish court tried him on unsubstantiated charges in highly publicized proceedings last year. In the end, a three-judge panel convicted Brunson of aiding terrorism. He was released to U.S. authorities and flown to Andrews Air Force Base last October. Diplomatic negotiations succeeded only after U.S. sanctions and tariffs sent Turkey’s lira spiraling down.

Since that time, Turkey’s Protestant community—about 6,000 mostly Muslim converts to Christianity who meet in 150 fellowships—has reported an increase of crimes against churches. Perhaps unbeknownst to the White House, the leaders of four Protestant congregations in Izmir—where Brunson served as pastor of Resurrection Church—have been forced out of Turkey since Brunson’s case ended.

Turkish pastors attended Brunson’s trial, and some were outspoken in support of his innocence. Afterward, state-owned media carried propagandistic campaigns against their churches. At Christmastime, billboards carried anti-Christian slogans.

A report from the Association of Protestant Churches notes that “a climate of insecurity has reigned in the small Protestant community” as a result of the Brunson case and that the expulsion of foreigners has meant a loss of leadership and training. 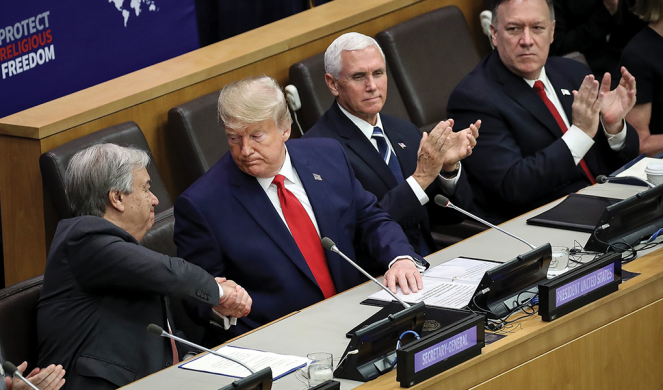 Like Brunson, who served with his wife Norine in Turkey for 23 years, those who’ve been expelled in recent months have decades of experience in Turkey. They lived in many different parts of the country, and some managed prospering businesses. A number of them own property. Most are pastors or lay leaders who work as volunteers within the Protestant community.

The ones who spoke to WORLD are not named due to their ongoing cases and because some have family members remaining in Turkey. All say they had not encountered problems with Turkish authorities before. And, despite requests to Turkey’s Ministry of Interior and to consular officials in the United States and other countries, they’ve received no formal notification for their forced departures.

The leaders of four Protestant congregations in Izmir—where Brunson served as pastor of Resurrection Church—have been forced out of Turkey since Brunson’s case ended.

“We had not the best family vacation,” Bill told me. After departing Turkey, he contacted a lawyer to request reinstatement of his residence permit, a case that’s pending. Bill’s wife, whose visa remained valid, flew back to Turkey, packed their belongings, and closed their home. She settled finances, said goodbye to friends, and rejoined Bill in the United States. A ruling in his case could be years away, he learned. Meanwhile, he told me, “Our 34 years in Turkey have come to an abrupt end.”

The expulsions affect not only Americans. At least three of those expelled are Germans, and others include citizens from Brazil, Canada, New Zealand, Britain, South Korea, Finland, and Iran, according to interviews and a report from World Watch Monitor.

German Hans-Jürgen Louven, 58, moved to Turkey 21 years ago and settled with his wife and infant daughter in the resort town of Mugla on the Aegean Sea. In August without warning he learned a routine application to renew his residency visa had been denied. Officials ordered him to leave Turkey within 10 days.

For decades Louven has worked as a tour agent, hosting international groups and restoring historic homes for guests. He worked with local officials to develop “culture and faith” tourism trips, promoting Biblical sites like Ephesus, Laodicea, and Hierapolis (current-day Pamukkale). All along, he told World Watch Monitor, he asked for permission and obeyed local laws and customs. His office displays framed commendations from Turkish officials, including for his “valuable contributions” to the community.

Besides owning his home, Louven runs a farm in Mugla. There he even has prepared his own gravesite because he expected to die and be buried in Turkey. “We are living here as Christians,” Louven said in a YouTube video about his deportation, “and I suppose it’s for our witness of living for the Lord.” 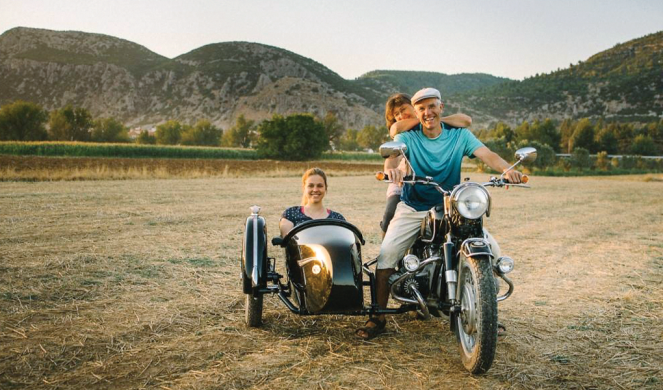 Hans-Jürgen Louven with his wife and daughter Handout

Louven mounted a campaign against the order, hiring a Turkish lawyer, filing a petition in local courts, and collecting 1,330 signatures at Change.org challenging his ouster. Already his wife had traveled to Austria to care for her hospitalized mother. His departure would mean leaving alone his daughter, a university student and English teacher. “I need to stand up against this,” he said.

As the deadline for Louven’s departure came and went while awaiting word on his case, police showed up unexpectedly to search his home and property. In the end, authorities refused his petition, though the case remains open. His forced departure took place on Sept. 12.

“These are targeted deportations,” said Andrew Brunson, now living in the United States. Brunson sees it as part of a trend starting in 2016 when he was ordered out of the country then jailed, along with deportations of American Christians Ryan Keating and David Byle. “Authorities pick some senior foreign leaders, people who had been long-term residents and in some cases involved in refugee work,” he said.

In June Brunson ended a long seclusion that followed his release last October and testified before the U.S. Commission on International Religious Freedom—in large part, he said, due to his growing concern over the deportations. Brunson gave commissioners a list of deportees, including from the five churches in Izmir (including his own) that have lost senior leaders because foreign pastors have been kicked out. “This is close to half the churches in a city of 4 million,” he told the commission.

SINCE THE OTTOMAN ERA, Turkey has formally recognized Orthodox, Catholic, and other traditional faiths, but it controls and limits their practice. The Armenian Apostolic Church, for instance, has been unable to elect a new patriarch since 2010 because Interior Ministry officials won’t approve it. Protestants do not have the same standing. They normally cannot receive religious worker visas and are barred from running their own educational programs. Most Protestant training is led by foreign workers on long-term residence visas.

Many of those being deported arrived in Turkey at a time when it actively sought favor from the West. In the 1990s the government lobbied hard to join the European Union, strengthened its standing in NATO, and endorsed many Western activities. Turkey’s Culture and Tourism Ministry encouraged Christian tourism, even sponsoring a series of tours promoting Turkey as the “other Holy Land.” (I attended one such tour in 1995.)

Since Erdogan founded the AKP Party in 2001, became prime minister in 2003, and was elected president in 2014, the government increasingly has become more anti-Western, nationalistic, and strictly Islamic.

Forcing out Christians once welcomed in Turkey is “part of a systematic attempt to eradicate this group of Christian workers,” said Aykan Erdemir, senior fellow at the Foundation for Defense of Democracies and a former member of Turkey’s parliament. Erdemir believes the campaign is rooted in “a toxic mix” of ultra-nationalism and Islamist-led conspiracies about the “Christian West.”

Beyond the well-being of Turkey’s Protestant Church, there’s also concern about Christian refugees in Turkey. Some 6,000 to 10,000 Iranian refugees in Turkey claim to be Christians, estimates Rob Duncan, regional director of Middle East Concern, along with thousands of Iraqi, Syrian, and other Christians. As Western interface with these groups becomes more risky, their plight becomes more vulnerable. Plus, deportation for them could equal a death sentence. 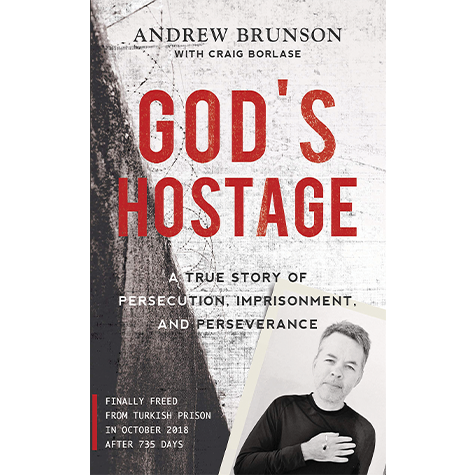 Protestants continue to learn of new ousters. Duncan said at least 15 cases have come to his attention in recent weeks. “It’s important to address this as a legal situation, and to have Turkish authorities explain how these Christians are a threat,” he said. “There is a vague notion that Christians are a threat to national security. Why so suddenly are Protestants a threat to Turkish society? What have they done?”

Brunson—whose book on his experience, God’s Hostage, is due out in October—expects “very dark times to come” because Turkey “is careening in the wrong direction.” Brunson acknowledges, though, that his own imprisonment unleashed a prayer movement around the world focused on Turkey. “Millions of people were praying for me, and those prayers served a greater purpose. That purpose is something far beyond setting me free, and it will continue.”

—This story has been updated to clarify the estimated number of Iranian Christian refugees in Turkey.