A chance at life

The first “snowflake baby” was born in 1998. Hannah Strege, conceived in a petri dish and placed into frozen storage for two years, had been implanted as an embryo into the womb of Marlene Strege. The two were not biologically related, but Marlene had chosen to adopt this embryo with the help of Nightlight Christian Adoptions, a group that coined the term “snowflake babies” to describe the more than 100,000 frozen embryos then stored at fertility clinics across the United States. American couples had created the embryos with the help of in vitro fertilization: Those parents would typically choose to implant, discard, or donate the embryos to stem cell research.

When Hannah was born, embryonic stem cell research was a hot topic in Washington. Advocates anticipated cures for cancer and Alzheimer’s, but opponents argued that if life begins at conception, research that destroys human embryos should be off limits. Debate raged in Congress, and in August 2001 President George W. Bush said federally funded researchers could use existing embryonic stem cell lines but not new ones. The 9/11 attacks soon tore the country’s focus away from stem cell research.

In December 2001, Pennsylvania Sen. Arlen Specter, a pro-abortion Republican at the time, created a $1 million grant to raise public awareness of embryo adoption. He added the funding to a Department of Health and Human Services (HHS) spending bill at the last minute, after months of loudly supporting research using embryos. “He was an unlikely person to be adding [the grant],” former Nightlight President Ron Stoddart recalled. But pro-life groups were arguing more people would donate their embryos to adoption if they only knew they could. Specter told the Associated Press the grant would be a test: “Let us try to find people who will adopt embryos and take the necessary steps.” Stoddart said he suspected that if interested families did not come forward, Specter would have kept pushing for embryonic stem cell research. 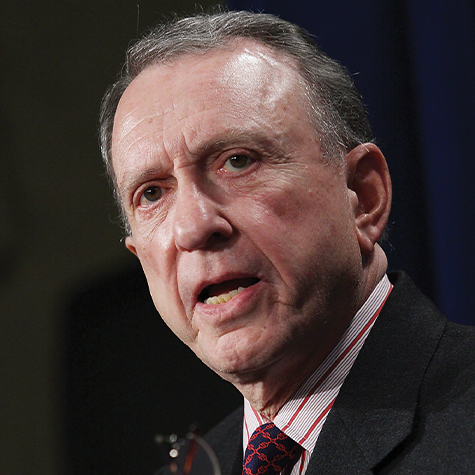 HHS first awarded the grant in 2002, and it has done so every two to three years since. Almost all recipients are Christian organizations. As pro-lifers predicted, interest in embryo adoption has grown along with awareness, from that first birth in 1998 to thousands today.

Nightlight received the grant from the beginning. In 2007, Kimberly Tyson came on staff to manage the embryo adoption program grants. She said the government funds let Nightlight hire a public relations firm to get stories of their families into several publications. Over 650 babies have been born so far through Nightlight’s adoption program.

Bethany Christian Services applied for and received the grant from 2006 to 2009. In 2011, Bethany created a separate embryo adoption entity called the National Fertility Support Center (NFSC), which received the grant from 2014 until the present. CEO Debra Peters said that thanks to the money, increasing numbers of clients have come for counseling. NFSC used the funds to educate fertility clinics, doctors, and patients about embryo adoption, as well as to raise awareness through advertising and women’s health fairs. “The grant has been pretty integral to us building our program,” Peters said.

Another recipient is the National Registry for Adoption (NRFA), launched in 2014. In 2017, the organization used grant funds to advertise its services, run focus groups, and conduct a survey. Over the next two years, the NRFA counseled a total of 1,200 families. Co-founder Charis Johnson said the survey revealed “a significant increase in embryo donation awareness, and people ... going all the way through the process” by donating or adopting. 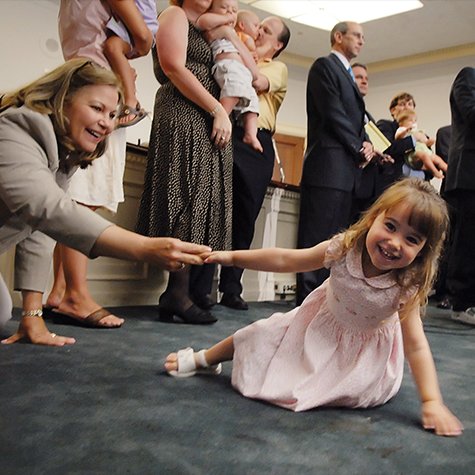 Elisha Lancaster, 3, at a news conference in 2006; Elisha is a snowflake baby. CQ Roll Call/AP Images

“You definitely have guidelines and rules that you have to follow, but Nightlight hasn’t had any issues following those rules,” said Kimberly Tyson. “You have to tone down the religious aspect of it.” For example, she runs an embryo adoption website that uses grant money but is separate from Nightlight’s main website: “We’re not ashamed of Christ on our Nightlight website. It’s not funded by the federal government.”

The National Embryo Donation Center (NEDC) received the grant between 2008 and 2013. Mark Mellinger, marketing and development director, said the money allowed the organization to advertise and send staffers out to teach fertility doctors about embryo adoption. The NEDC applied for the grant multiple times after 2013, but the rules changed: The 2015 grant announcement contained a new section that said “grantees must treat same-sex spouses, marriages, and households on the same terms as opposite-sex spouses, marriages, and households.” NEDC requires couples who use its program to be heterosexual and married at least three years. The organization has facilitated the births of 868 children so far through embryo adoption.

Today many groups, Christian and other, offer embryo adoption. Records from the U.S. Centers for Disease Control and Prevention show that the number of transfers of donated frozen embryos increased from 5,250 in 2007 to 13,460 in 2016, the most recent year in which figures are available. But the same data show increasing numbers of IVF procedures as well: Though more people are adopting them than ever, between 600,000 and 1 million embryos are still frozen in the United States, waiting to be born.