Medical researchers around the globe have sometimes killed tiny human embryos in order to harvest their stem cells. A seemingly ethical new technique for creating stem cells, described in Nature Biotechnology in September, could be the most promising alternative approach to date.

Pluripotent stem cells form naturally during embryonic development and can become any cell type in the body. They show promise for treating, and perhaps curing, a multitude of conditions such as Parkinson’s disease, diabetes, spinal cord injury, or arthritis.

In 2007 researchers developed a technique to create human pluripotent stem cells in the lab by injecting four genes into the nuclei of mature skin cells. Many ethicists hoped these induced pluripotent stem cells (iPSCs) would bring an end to the use of human embryonic stem cells. But the iPSCs proved to be unreliable and were prone to developing cancer thanks to DNA damage caused during the gene-injection process.

In the new study, scientists described an alternative method for creating iPSCs: Instead of inserting genes into the nucleus of a mature skin cell, the researchers used antibodies that work on the surface of the cell, decreasing the possibility of damaging DNA. The new technique, tested on mice, produces higher-quality iPSCs and lowers their risk of becoming cancerous.

So far the scientists have discovered the antibodies needed to replace three of the four genes used to produce iPSCs. They still need to find a fourth antibody to replace the final gene. The team plans to begin tests using human cells soon. 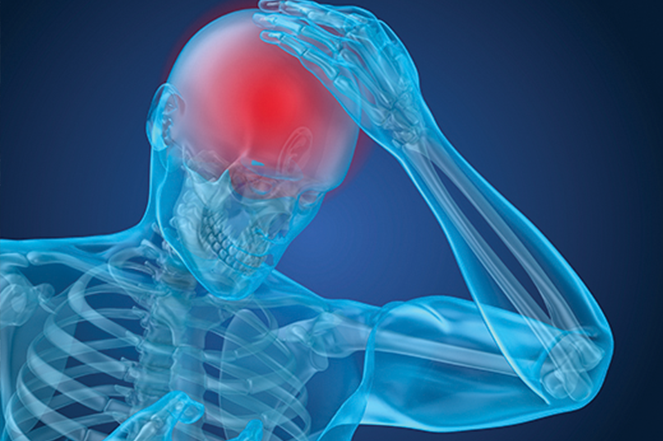 Doctors have limited options for treating moderate to severe traumatic brain injuries. Surgeons often need to remove part of a damaged brain, leaving a hole behind. Now, University of Georgia and Georgia Tech researchers have invented what they call “brain glue,” a jellylike substance they believe can repair damaged brain tissue.

The brain glue takes on the shape of the damaged area and serves as a scaffold for brain stem cells doctors take from the patient and then implant again. The substance allows the cells to colonize, replicate, and repair the damaged tissue.

The researchers are still seeking approval to market the substance, described earlier this year in ACS Biomaterials Science & Engineering. —J.B.

As people age, some of their cells stop replicating due to chromosome damage. These senescent cells accumulate in different tissues throughout the body and contribute to a host of age-related diseases. But a new class of drugs, “senolytics,” induces the death of senescent cells and has delayed, prevented, or alleviated age-related conditions such as cardiac and vascular disease, diabetes, fatty liver, osteoporosis, degeneration of spinal disks, and pulmonary fibrosis in animal trials.

The drugs might enable doctors to treat multiple diseases at once. “If senolytics …prove to be effective and safe in clinical trials, they could transform geriatric medicine,” the researchers wrote in the Journal of the American Geriatrics Society in September. —J.B.