UPDATE: Asia Bibi, the Pakistani Christian woman acquitted of blasphemy against Islam, remains in hiding in Pakistan despite reports she had reunited with her family in Canada, according to several sources. Fox News reported Friday that Pakistani and Canadian government officials said Bibi had not left Pakistan. Shaan Taseer, the son of the former governor of Punjab who was killed for supporting Bibi, told DW News of Germany that Bibi was still in the country. Reports that she left stemmed from a quote from her attorney, Saif-ul-Malook, in the German newspaper Frankfurter Allgemeine Zeitung.

Pakistan is still working on a plan for Bibi’s safe departure, Fox News reported, since it would not be safe for her to leave on a commercial flight.

OUR EARLIER REPORT (10:53 a.m., 2/1/19): The lawyer for Asia Bibi, the Pakistani Christian woman acquitted of blasphemy against Islam, said Friday she has arrived in Canada, which granted her asylum. Meanwhile in Pakistan, protests against her release drew a smaller-than-expected turnout.

The Pakistani Supreme Court on Tuesday upheld Bibi’s October acquittal, clearing the way for her to leave the country. Her case sparked mass protests across Pakistan, and the Islamist Tehreek-e-Labbaik party called for renewed demonstrations this week. A few rallies took place in the country’s northwest and in the capital, Islamabad, but the party’s calls for business and transport operators to go on strike went unanswered. In the southern port city of Karachi, police used tear gas and batons to disperse demonstrators.

Bibi spent eight years on death row over a 2009 incident involving two Muslim women who worked on a farm with her and refused to drink water from the container she used. She was sentenced to death on blasphemy charges in 2010. Bibi’s lawyer, Saif-ul-Malook, told the German Frankfurter Allgemeine Zeitung newspaper that Bibi made it to Canada and “is united with her family” without disclosing further details. 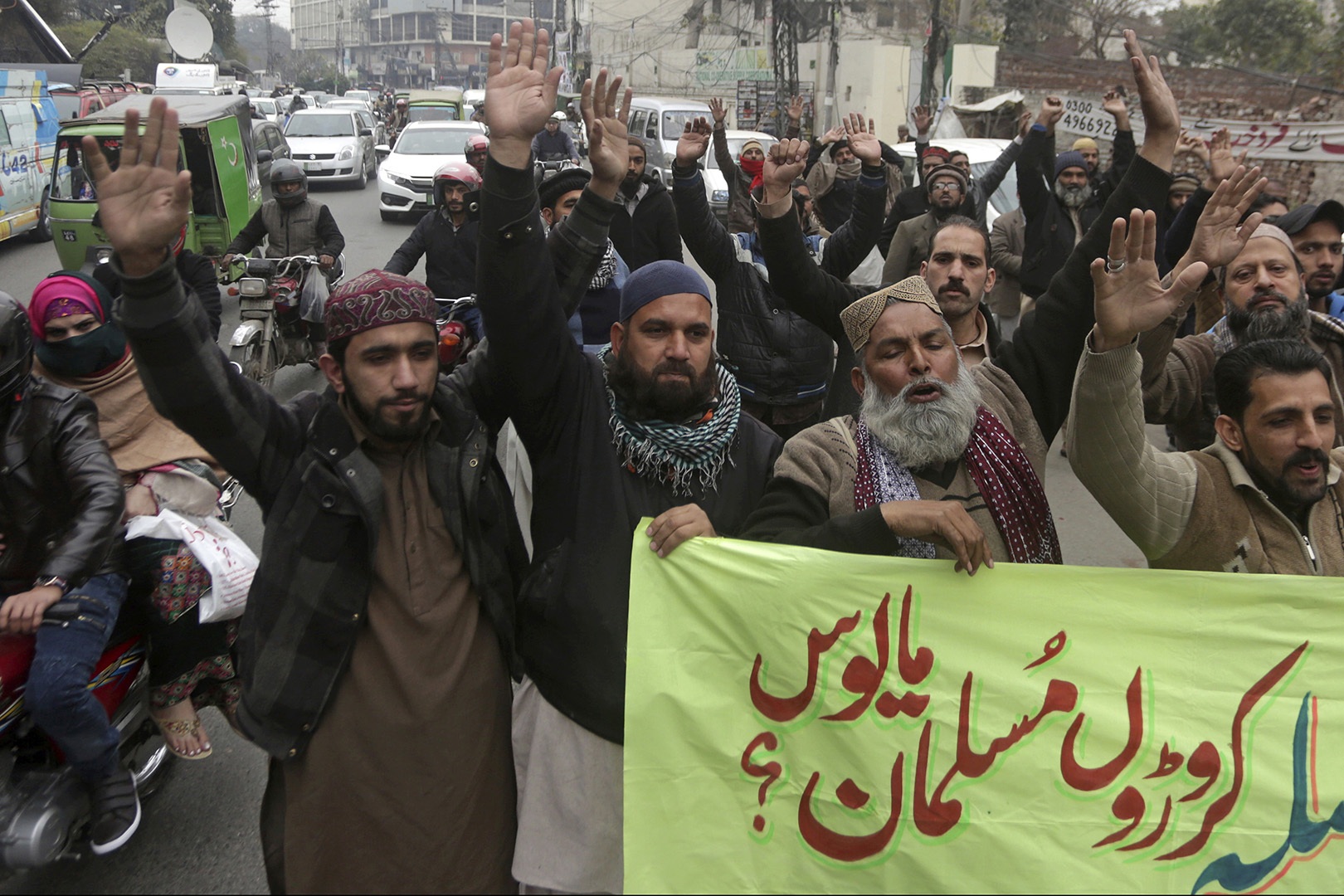 I don't know how a person could hide when the press is pursuing them and telling everyone where the person is. She may as well have a tracking tag on her.

If they thought she left they would cease to look for her, but now they can resume looking until they get the prize. Seriously?! What is it with the press?

This is good news.  Let us continue to remember the many more who languish in their home countries, facing similar death threats and persecution...

This is an answer to the prayers of many.  Thank you, Lord, for your mercy upon Mrs. Bibi and her family!