Wrestling with grief and questions

lex Covarrubis paced the sidewalk at Uvalde’s major intersection with a simple plea to drivers – “Pray for the families.” Drivers honked their affirmation or gave a thumbs up. Photo by Bonnie Pritchett 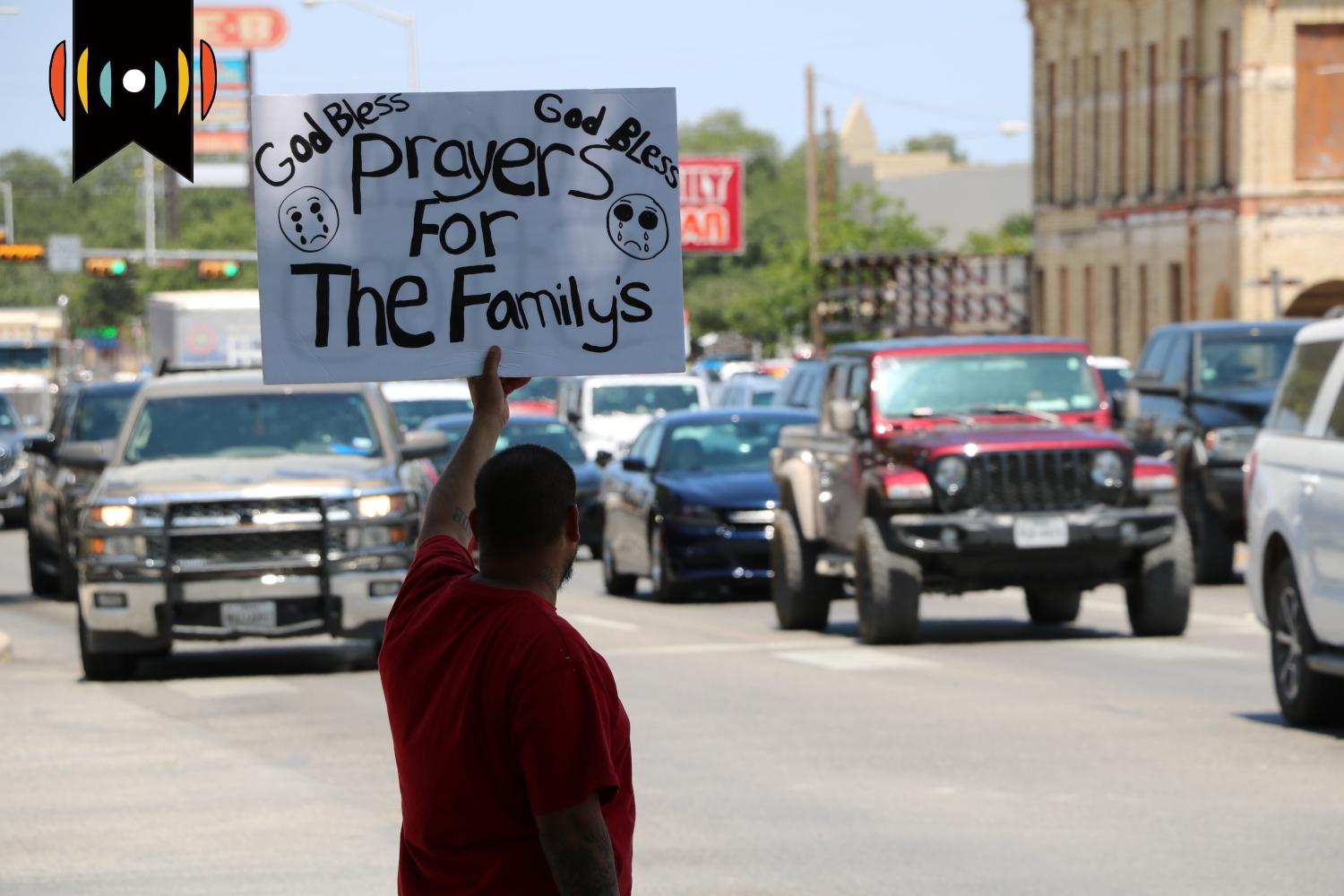 NICK EICHER, HOST: And I’m Nick Eicher. First up on The World and Everything in It: mourning with those who mourn.

One week ago, another shock. A gunman killed 19 children and two teachers at Robb Elementary School in Uvalde, Texas. The funerals began this week.

WORLD’s Bonnie Pritchett traveled to the farming community of about 15 thousand at the end of last week. She talked with pastors and community members about how they’re coping.

BONNIE PRITCHETT, REPORTER: Two days after the shooting, shock, anger, and grief shroud Uvalde like the oppressive south Texas heat. Across town, from restaurants to makeshift memorials, residents linger in tight, spontaneous hugs. Some discreetly wipe away tears as if to stifle a public outburst—especially in view of all the strangers and cameras in town. 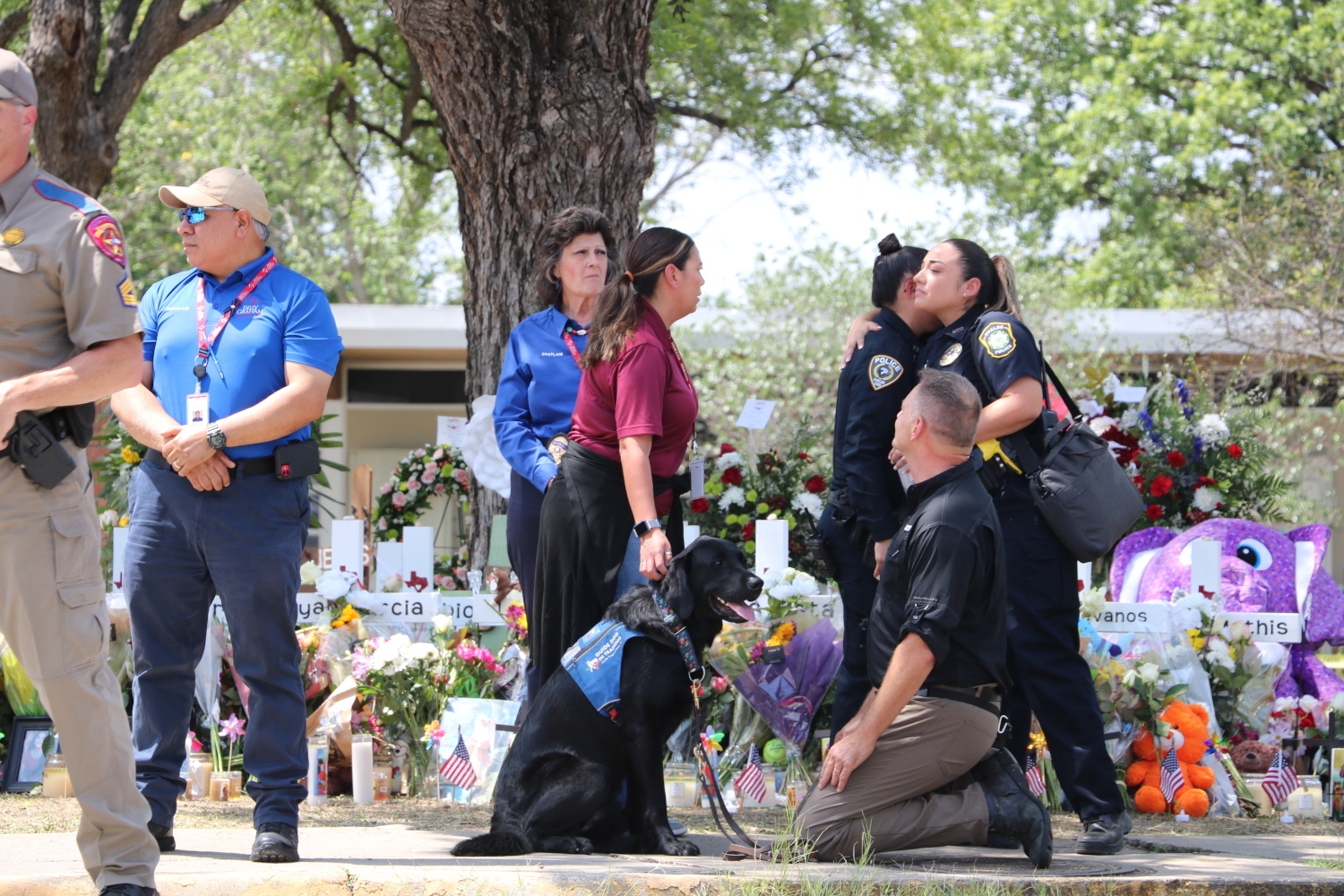 Officers from the City of Uvalde Police Department and the Uvalde Consolidated Independent School District embrace in front of the school where 19 children and 2 teachers were slain. Photo by Bonnie Pritchett

Hordes of media, curious out-of-towners, and kind-hearted volunteers converged on the town less than 24 hours after the attack. And everyone’s asking the same question: why?

Shattered families and a devastated community may not be ready to hear that. At least not now. 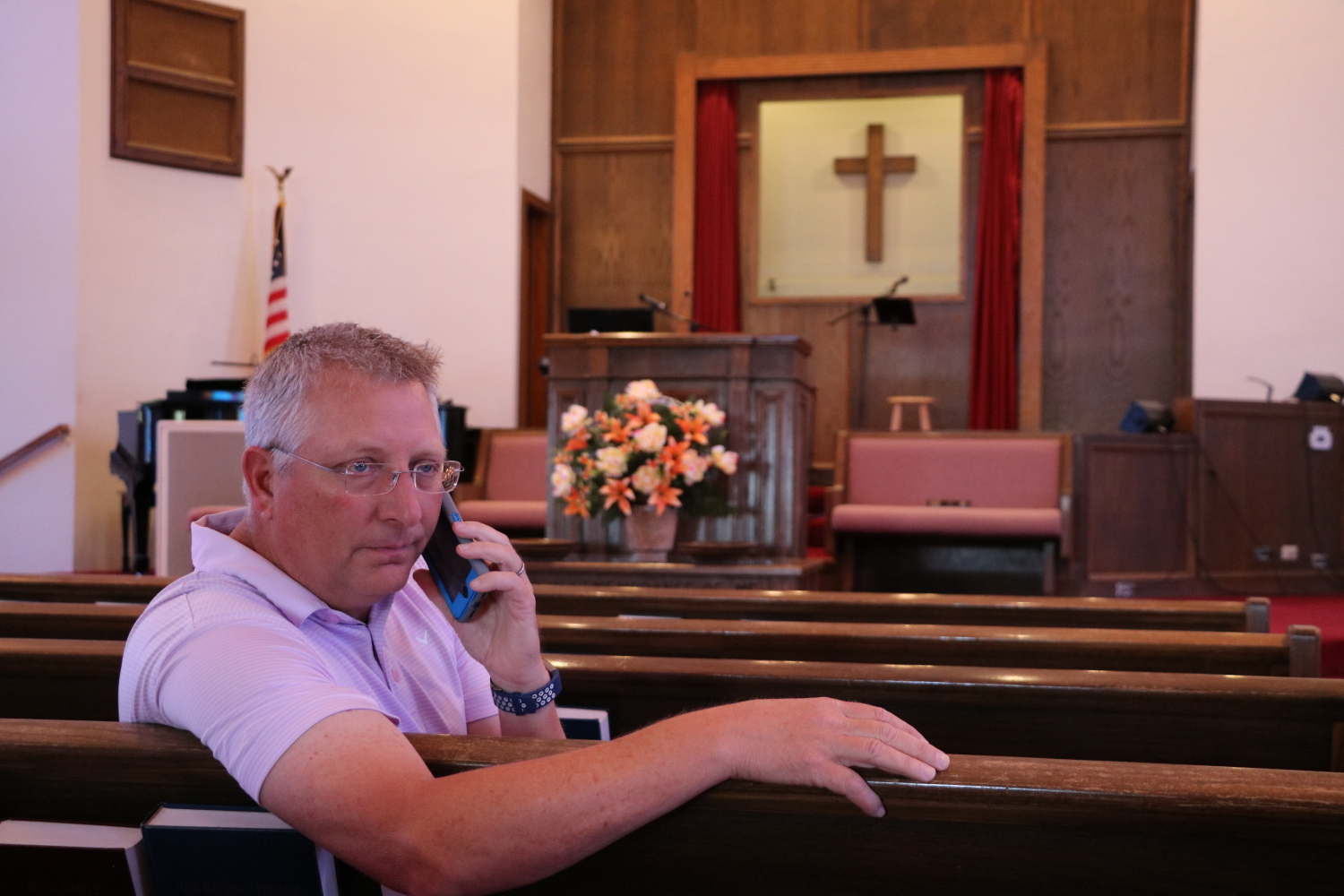 Pastor Tony Gruben takes a call from a reporter. He was tapped as spokesman for some of the local pastors. Photo by Bonnie Pritchett

On the day of the shooting, Gruben waited at the Uvalde Civic Center with other local pastors. Sequestered in another room, families waited to learn whether their child was hospitalized with injuries or dead.

Only pastors who had a relationship with the families were allowed to wait with them. To Gruben, it appeared not many families had that relationship. He’s pastored in this agricultural community for 19 years. And the spiritual ground has been hard to till.

For more than one reason, the deaths hit close to home for Ruiz. His cousin’s wife, Eva Mireles, was one of the teachers killed.

RUIZ: A young couple that they come to the English service. Their son got hit in the shoulder, but thank God, he went through surgery and he's doing good. Now, we do have a another sister that comes to church. She had two nieces, and they didn't make it…

How does he minister to the grieving?

RUIZ: Let me tell you this in my own personal life. Ten months ago, my son passed away in a motorcycle accident… 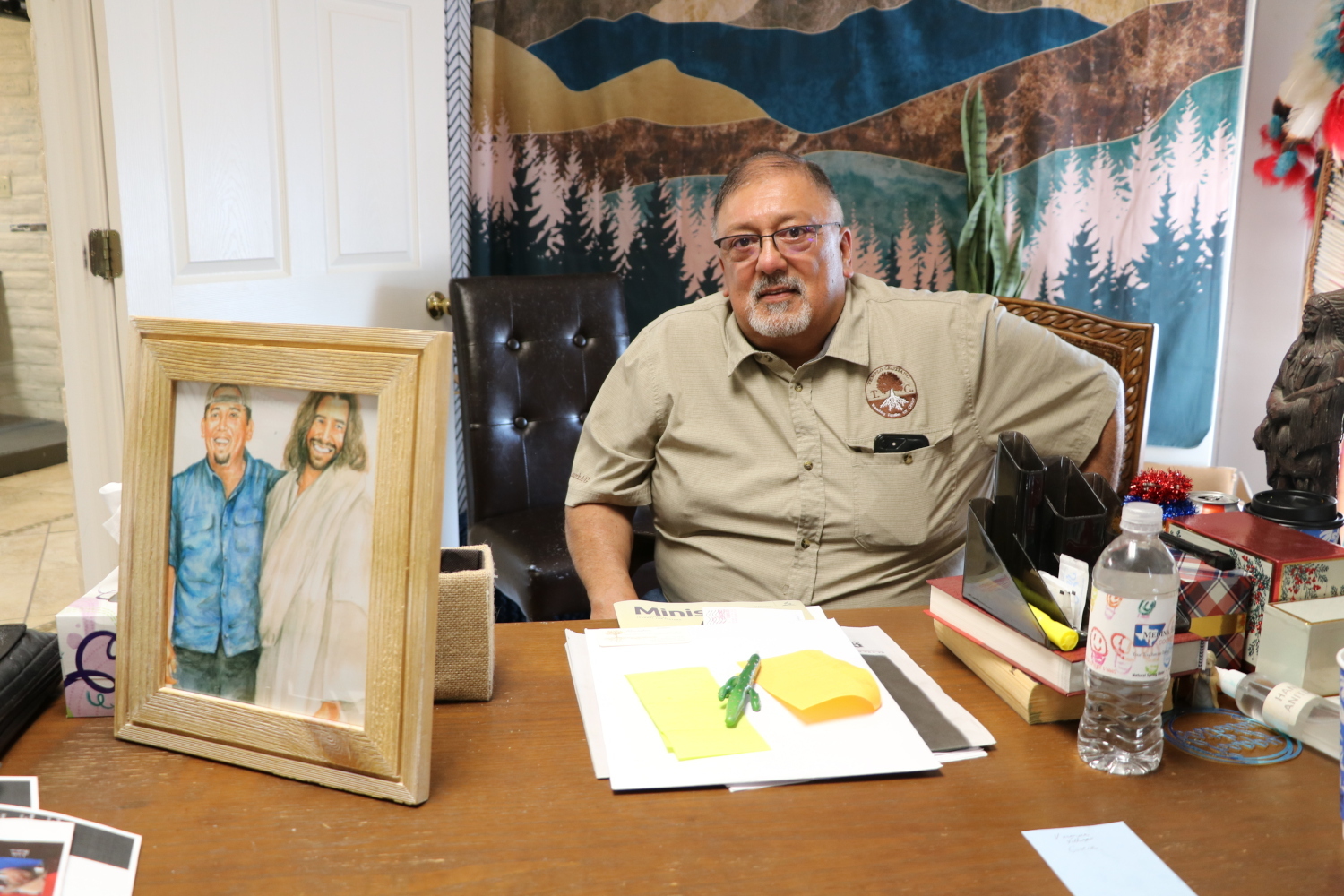 oe Ruiz said experiencing the death of his son last year has enabled him to minister to the families in his congregation – a woman who lost two nieces and another whose son was injured. Ruiz’s cousin’s wife was one of the teachers killed. Photo by Bonnie Pritchett

The morning after the school shooting, Ruiz awoke before dawn with the same sense of emptiness and desperation he felt the night his son died.

RUIZ: Since my son died, I had always been asking the Lord, what was the purpose of my son dying? You know, And that, that early morning, I felt that the Lord told me the purpose of your son dying was so that you can understand the hearts of the parents today. But I think that, you know, for me going through that, I was able to have answers hopefully have not maybe the answer completely because we never will. But I have a bigger picture that now the 10 months that have gone by.

GRUBEN: Well, there are people here that are doing jobs. They went to school to be a counselor, they didn't go to school to know that they were gonna do this noise. But God did. And God has those people there that had been trained and ready, that have good hearts that are working under extreme, beyond measure stress. And doing it greatly…

Even his role as president of the Uvalde Ministerial Alliance seems part of God’s plan. Gruben initially balked at being the media spokesman for some of the local pastors.

GRUBEN: I said, Lord, help me to share the gospel. I talked to Time Magazine this morning for 30 minutes. I've talked to news service from Denmark, and interviewed by a guy in Australia last night at the prayer thing. Talking to the major news network in Canada. But my prayer has been ‘Lord, you know, I talk like a hick and everybody’s gonna go, that’s the dumpiest old place in the world. But Lord, help me to, to share the gospel in a, in a relevant and understandable way’…

The pastors are grateful for the outpouring of support outsiders have shown to their community. But they know that assistance will eventually run dry, leaving them to water and till the spiritual ground, so hearts don’t grow hard.

When asked how Christians across the country can help, both Tony Gruben and Joe Ruiz are quick with an answer.

RUIZ: Pray. You know, prayer works. Prayer gives us strength and gives us direction. So just pray for us. I know that right now there's a lot of people in Uvalde and that's great, you know they are supporting Uvalde, but in three weeks, four weeks, when everybody's gone, is when people are really gonna feel it.