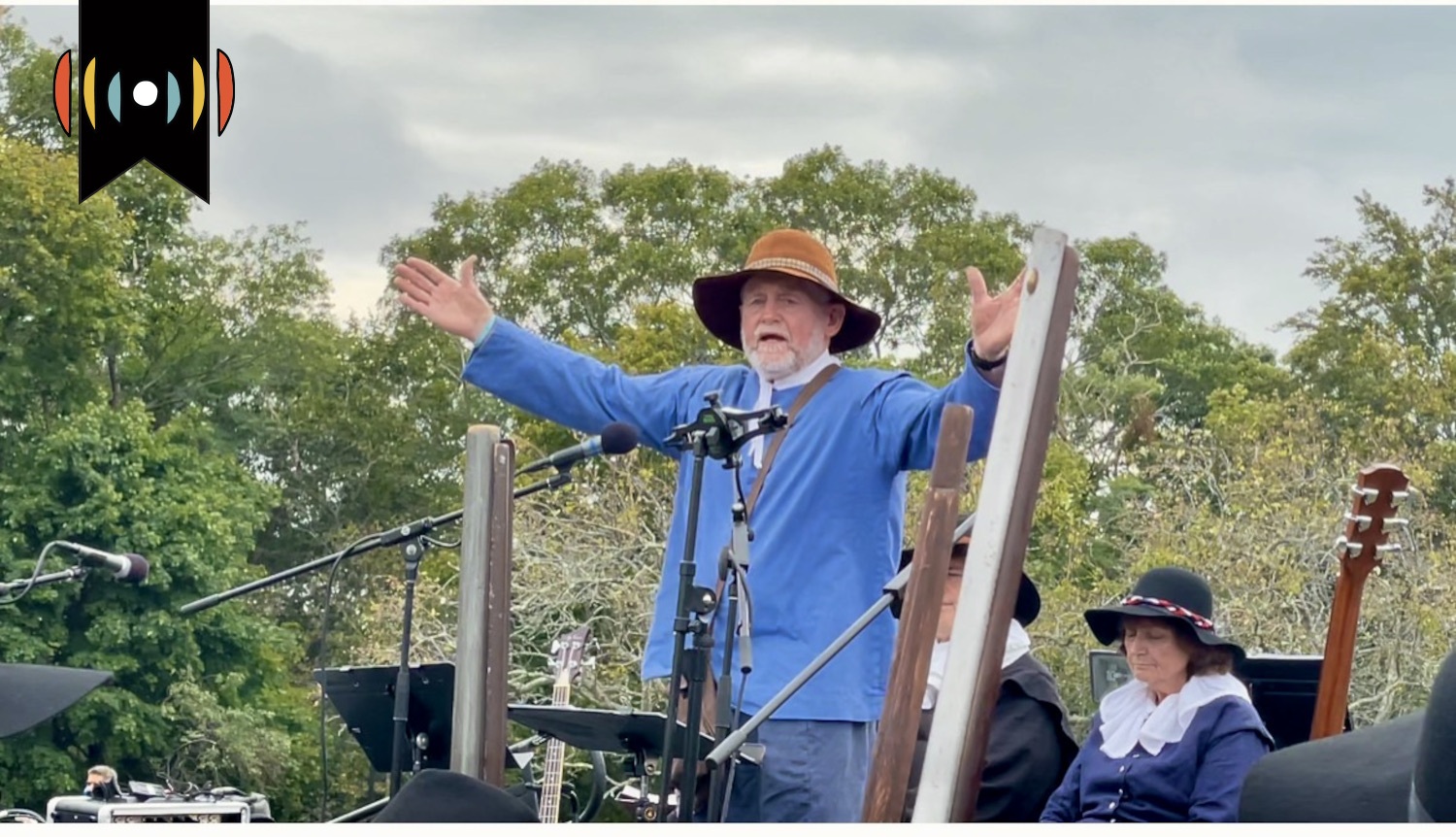 MARY REICHARD, HOST: Today is Thursday, December 2nd. Thank you for turning to WORLD Radio to help start your day.

MYRNA BROWN, HOST: And I’m Myrna Brown. Coming next on The World and Everything in It: worshiping like the Pilgrims.

The Pilgrims were really known as the Separatists when they first left England in 1608 for the Netherlands. They wanted to separate from the Church of England in order to worship simply, as they believed the New Testament taught.

REICHARD: When they came to America in 1620, they brought their worship-style with them. WORLD’S special correspondent Sarah Schweinsberg attended the 400th celebration of the Pilgrim’s arrival at Plymouth to find out what a Pilgrim church service looked like.

SARAH SCHWEINSBER, REPORTER: Men, women, and children dressed in thick wool skirts, pants, and tall narrow-brimmed hats… slowly march up a hill to the beat of a drum.

This may sound more like a military exercise, but it’s actually how Sunday mornings began for the Pilgrims in Plymouth. A drummer would go door to door collecting families who would join and walk toward the church.

At the top of the hill here today, the congregation sits in folding chairs. Men on one side of the aisle and women on the other.

This is an outdoor reenactment of a traditional Pilgrim church service. Hundreds of onlookers have come to watch under a gray sky.

JEHLE: We welcome you here to the National Monument to the Forefathers for the American Pilgrimage 400 and a reenactment of a Pilgrim church service. You may be seated.

The Pilgrims’ church service began with prayer. But not with a liturgical, written prayer like a priest or bishop in the Church of England would have made. The Pilgrims prayed extemporaneously or in the spur of the moment—a big departure for the time.

A member of Plymouth’s historical society offers up a prayer like what the Pilgrims might have prayed soon after landing at Cape Cod.

After prayer, there was Scripture reading.

AUDIO: Acts Chapter 17 vs. 11. These were also more noble men than they which were at Thessalonica…

The sermon made up the bulk of the service. Preaching could last up to two hours.

A tall man wearing a black Pilgrim suit and a tall top hat takes the stage. This is Paul Jehle, the president of the Plymouth Rock Foundation. Jehle gives a sermon he’s recreated from the notes of the Pilgrims’ pastor, John Robinson.

Robinson gave this sermon in 1620 as a farewell to the 52 members of his congregation who would soon leave for the Americas.

JEHLE: Fellow congregants, we have no guarantee that we will ever see one another’s face again like this. You all have chosen not only a courageous step of faith, but you’ve chosen the potential consequences as well…

Robinson went on to warn the Pilgrims to always put Scripture first.

JEHLE: And I urge you let Scripture interpret Scripture. Do not let ideas come outside of that book, and then tempt you to change its meaning.

JEHLE: They believed that we should study the Bible as it is, and not bishops telling us what it meant.

JEHLE: Let’s stand together as we sing.

The Separatists sang Psalters. That’s a Psalm set to music.

And they could sing for up to an hour.

HUFFMAN: Worship itself was central to the Pilgrim’s endeavor. They came because they wanted purity of worship...

Mary Huffman is the editor of a new edition of The Pilgrim Psalter by Henry Ainsworth. These songs became a key way the Pilgrims stayed grounded in their faith.

She says the Psalter set all 150 Psalms to music.

Paul Jehle says that was another departure from the Church of England.

JEHLE: You would give money, but the Church of England sent it as a bill. It wasn't voluntary. So in this case, it was voluntary tithing.

So prayer, Scripture reading, preaching, and corporate worship. Today, that sounds like a pretty typical Sunday morning in most American churches. But Paul Jehle says at the time, this Scripture-centered, Congregation-driven form of worship was revolutionary.

The Pilgrims also spread the idea of local church governance—or Congregationalism—instead of taking orders from the top.

JEHLE: We can conduct our own worship service. We can change it as we see fit. Local churches can govern themselves. I think all those things are blessings from the Pilgrim tradition...

Paul Jehle and Mary Huffman say Protestant worship services in America are still influenced by the form of the Pilgrims’ worship. But sometimes the substance of what the Pilgrims were trying to do gets lost.

Huffman suggests American churches would benefit from focusing more on pure Scripture, especially in their worship.

HUFFMAN: The Pilgrims were looking to the Bible for how God commanded to worship. And to sing the Psalms exactly as God has given them to us. It changes us. My hopes are that we will understand the history of the Pilgrims better but also that we will rekindle that same desire for biblical worship.

And Paul Jehle says the Pilgrims can remind us that like the disciples—a small group of lowly people living out the gospel—can make a lasting mark.