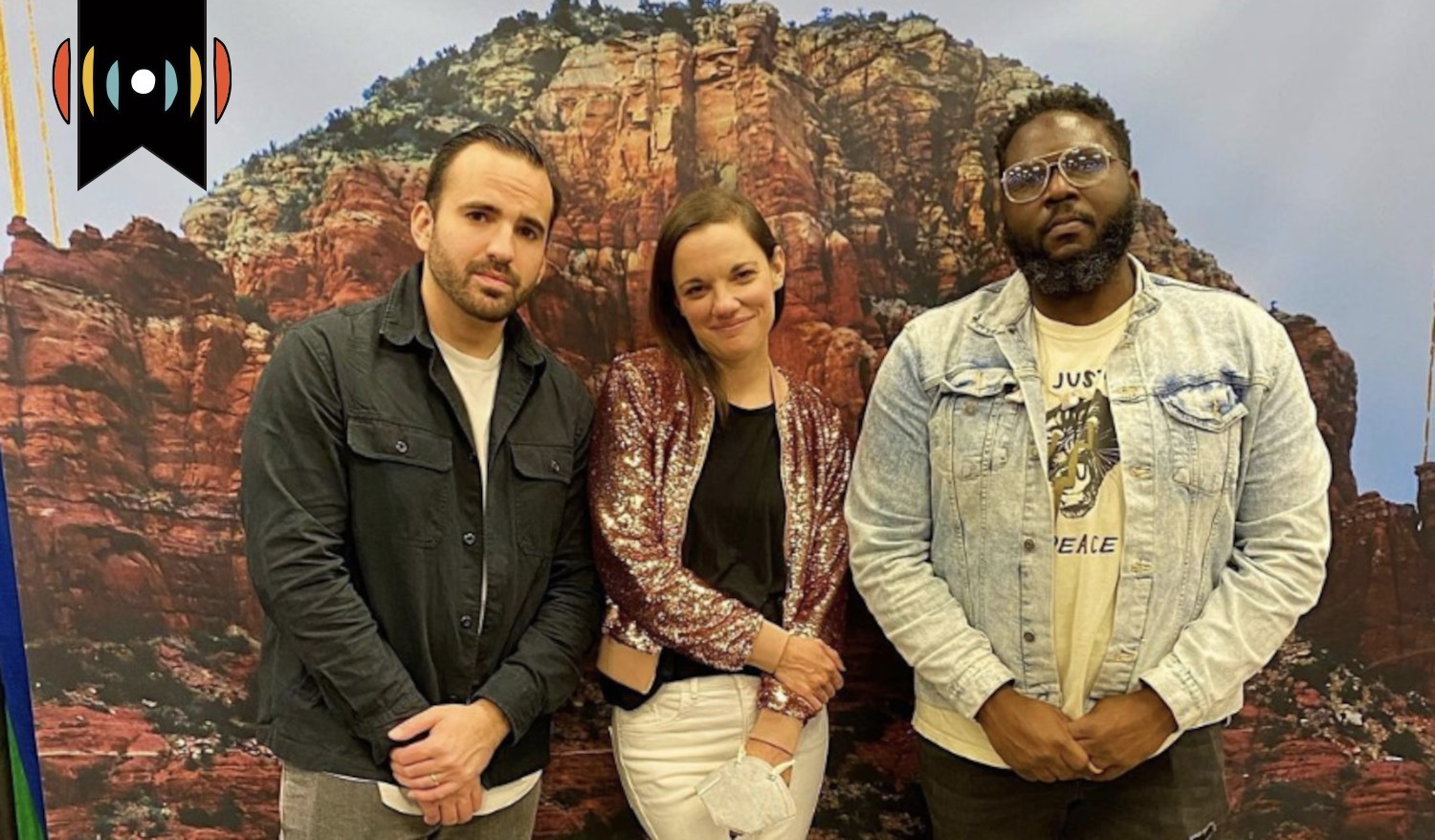 MYRNA BROWN, HOST: Today is Friday, May 13th. Good morning! This is The World and Everything in It from listener-supported WORLD Radio. I’m Myrna Brown.

NICK EICHER, HOST: And I’m Nick Eicher. Pick anything: Geography, language, culture, religion. We are a divided people. But in this next story Myrna, we hear what happens when a melody, a chord or a lyric enters the mix.

BROWN: Yes, music is not only the universal language it’s also a bridge builder and I spoke with members of a new Christian group making music in those shared spaces.

MYRNA BROWN, REPORTER: Their harmony captured my attention. But the photograph of the three worship leaders made me want to lean in to hear their stories. Each from different walks of life, standing shoulder to shoulder.

SARAH: My name is Sarah Kroger. I was born in Camden New Jersey but I grew up in Florida

IKE: My name is Ike Ndolo and I was born and raised in Columbia Missouri. I’m Nigerian. Both my parents are from Nigeria.

RICKY: My name is Ricky Vazquez. My family is from Puerto Rico. I grew up in Miami Florida.

Often finding themselves leading worship at the same youth conferences, Ricky Vazquez, Sarah Kroger, and Ike Ndolo were independent artists, who in 2020 decided to form the multicultural trio, Village Lights.

SARAH: It just happened. It was one of those things where we really enjoyed being around each other, we really enjoy leading worship together and being creative. And then after the fact, we’re like oh… you know… we’re kind of a multicultural group.

Prior to the debut of their first project, the trio brought in groups of songwriters. Songwriting camps are commonplace in Nashville. What stood out were the participants; Evangelical, Anglican, and Catholic songwriters… some unfamiliar with the traditional rites of worship. These men and women helped craft what would become the 16-song project: Kingdom.

SONG GLORIA: Glory to God in the highest and on earth peace to people of goodwill.

SARAH KROGER: What was so beautiful about the writing camps, we got to bring these words, these ancient prayers to these writers who had never heard them before. And to see them, sitting with them and praying through them and being moved by them and writing new melodies that we’ve never heard before. It was just really special and honestly, just a unifying, bridge building kind of activity that I don’t think any of us could have anticipated.

Kroger, Vazquez, and Ndolo are all Roman Catholic musicians. This album is a combination of their favorite genres. One of Ndolo’s favorites, Promise Land, is inspired by an old African hymn.

SONG PROMISED LAND: On this side of liberation we are on our way…there is an aching deep inside. I can feel it in my bones…

IKE NDOLO: For some reason this random South African apartheid protest song became this song that we would sing in church. It resonated with us at the time. We should put this song in there.

SONG PROMISED LAND: Where you run, we run. Where you stand we stand. Wherever you are is our promised land.

By the song’s bridge, I was on my feet, hands raised, swaying to the beat. And by the end of the anthem, my mind was flooded with memories from summer days gone by at Vacation Bible School.

IKE NDOLO: We wanted to focus on us marching towards the light. On us getting to the promised land.

With incredible ease, Village Lights transitions from that South African anthem to a Latin prayer.

Half a dozen cuts on this project are also devoted to liturgical worship music. I’ll admit I didn’t miss the clever hooks and sometimes tiresome choruses of today’s modern worship music. Instead, pieces like Psalm 93 are simple, beautifully arranged, and reverently lifted from Scripture.

Vazquez calls it the perfect blend.

RICKY VAZQUEZ: Yeah and I feel like through this project, too we’ve kind of seen a beauty that we can really learn a lot from each other, from different denominations and belief systems. And I think we have a lot more in common than people would realize.

Protestants and Catholics disagree over important key doctrines, but this worship project finds the shared spaces. No glaring points of contention in this music. Only an invitation to come and remain in the Light of Christ.

SARAH KROGER: We want people who hear our music to see it like lights off in a distance, whether you’re part of an amazing community or whether you’re a wayward traveler on the journey that our music would be like Village LIghts, welcoming you in and helping you to know that no matter what, you are a brother or sister in Christ and that there is a safe place for you on the journey.