A Taliban fighter stands guard at the site of an explosion in front of a school, in Kabul, Afghanistan, Tuesday, April 19, 2022. Ebrahim Noroozi/Associated Press Photo 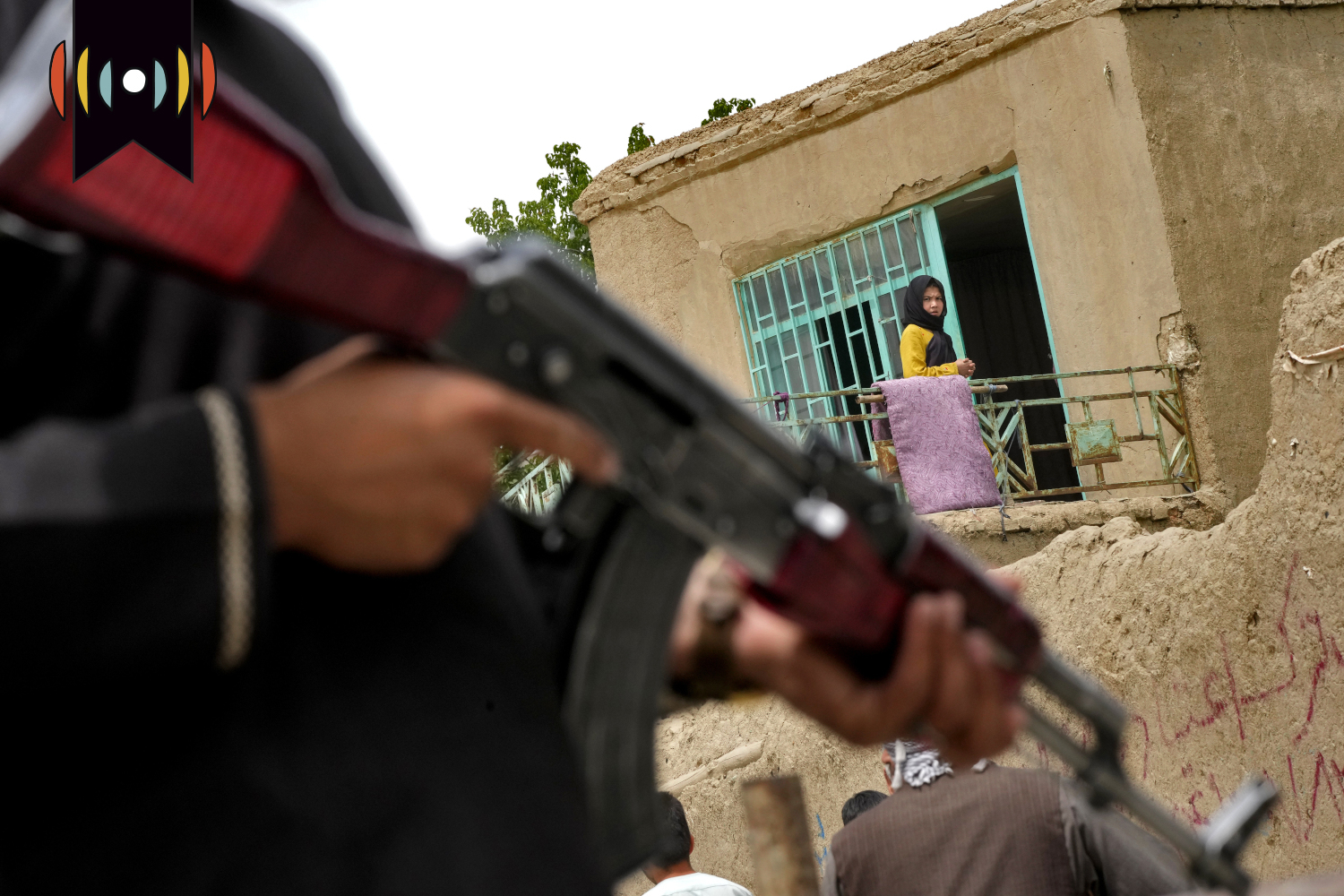 NICK EICHER, HOST: Coming up next on The World and Everything in It: World Tour.

Every year the U.S. Commission on International Religious Freedom reports on persecution around the world. This year’s edition came out Monday.

MARY REICHARD, HOST: The independent and bipartisan commission highlights religious suppression and advises the U.S. government on how to respond.

ONIZE OHIKERE, REPORTER: In 2001, just before the ouster of the Taliban regime, the commission recommended the State Department designate Afghanistan as a country of particular concern, or CPC.

That was the last time the commission made that recommendation, until this year following the Taliban’s return to power in 2021.

Frederick Davies is one of the commission’s members.

DAVIES: Afghans who do not adhere to the Taliban’s harsh and strict interpretation of Sunni Islam and adherents of other faiths or belief continue to be at risk of grave danger. The one known Jew and most Hindus and Sikhs have fled the country, Christian converts, Baha’i, and Ahmadiyya Muslims practice their faith in hiding due to threats from the Taliban and the Islamic State Khorasan Province, or ISIS-K.

This year, the commission wants to add four more countries to the list: India, Nigeria, Syria, and Vietnam.

Commissioners say India has implemented more Hindu nationalist policies in the past year. Those have affected Christians, Muslims, and other minorities. And restrictions on international funding for religious nonprofits has limited the work of groups like Mother Theresa’s Missionaries of Charity.

BHARGAVA: There have been many attacks on religious communities across India of Christians, of Muslims, of Sikhs, of other religious minorities, and those attacks and the ways in which they have been either not addressed or facilitated by the government at different levels are also of significant concern to us at USCIRF.

Nigeria became the first democracy to join the CPC list in 2020, but the Biden administration withdrew that designation last year. The commission highlighted the ongoing persecution of Christians in the north and central parts of the country as evidence for renewing the CPC designation. This month, a court in northern Kano state sentenced Mubarak Bala, a humanist, to 24 years in prison on blasphemy charges.

Nadine Maenza is the commission’s chair.

MAENZA: In fact, central government failure, state government-level repression, religious motivated violence by non-state actors have turned parts of Nigeria, which is Africa’s most populous country of approximately 200 million people, into a hotbed of persecution, particularly in the north.

The commission has also listed nine countries under its special watch list. They include the Central African Republic. It did not appear in last year’s report after making some strides. But the commission said it had records of targeted abductions, torture, and killings of Muslims last year.

The annual report also takes note of terror groups that target and attack people because of their religion.

The pandemic played a big role in last year’s report. And this year, commissioners said it’s still affecting religious freedom in some countries, like Algeria. Authorities there stopped Christians from reopening their churches even as some mosques resumed under social distancing guidelines.

In other nations like Sudan and Belarus, commissioners noted that political unrest has sparked religious freedom violations. They added that religious intolerance also grew over the past year in Europe, where they recorded more cases of anti-Semitism and Islamophobia.

DAVIES: The recommendation is that the U.S. government continue to engage European governments around these issues.

The commission welcomed some progress in securing religious freedom globally, including the January appointment of Rashad Hussain as the U.S. ambassador-at-large for International Religious Freedom. And Commissioner Frederick Davies said more countries are also beginning to engage on the issue of blasphemy laws.

DAVIES: The U.S. Commission on International Religious Freedom is working with the U.S. government to ensure that the U.S. government engages countries around removing restrictions on freedom of religion or belief, or no belief, and particularly onerous blasphemy laws and laws that call for the death of certain people in the name of religion.

That’s it for this week’s WORLD Tour. Reporting for WORLD, I’m Onize Ohikere in Abuja, Nigeria.