Plus: The Taliban gains ground in Afghanistan, Suu Kyi appears in court, and remembering a rice pioneer

Lava from the eruption of Mount Nyiragongo is seen in Buhene, on the outskirts of Goma, Congo in the early hours of Sunday, May 23, 2021. Justin Kabumba/Associated Press Photo 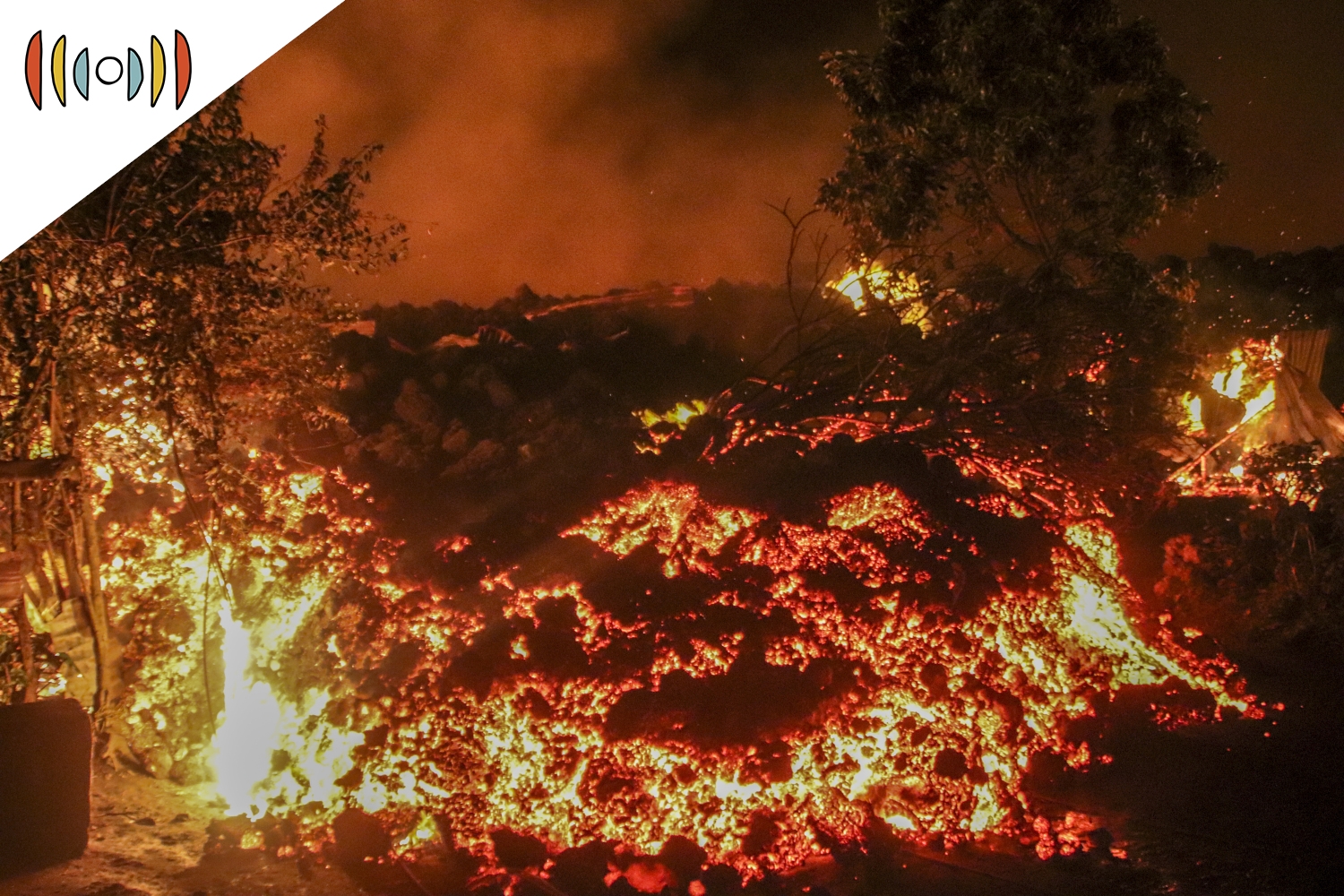 The continent’s most active volcano erupted on Saturday in the Democratic Republic of Congo. The Nyiragongo volcano spewed red-hot molten lava that swallowed entire communities.

Officials said 17 villages around the outer limits of the city of Goma suffered major damage.

Thousands of people fled the city when the volcano started to rumble on Saturday evening. Aftershocks caused by magma moving inside the mountain continue to rock the area.

At least seven people died as a direct result of the eruption. Another 13 died in related incidents. The volcano killed nearly 100 people the last time it erupted, in 2002.

Taliban inches closer to Kabul—Next we go to the Middle East.

Afghan forces clashed with Taliban fighters in a provincial capital just 75 miles from Kabul on Sunday.

Military officials claimed at least 50 Taliban fighters died in the firefight. But a Taliban spokesman said its fighters captured dozens of security checkpoints on the outskirts of the city. Neither claim could be independently verified.

This man who fled the fighting said residents are trying to leave the area but don’t know where to go.

The Taliban has made a push to capture new territory in the last month. Its fighters recently seized two districts and a province also close to the nation’s capital.

Security analysts speculate the Islamic militant group is setting the stage for an all-out assault on Afghan cities as soon as the last U.S. troops leave. Its fighters used a similar strategy in the 1990s after the Soviet army’s withdrawal. With key routes to Kabul cut off, the government eventually collapsed.

Aung San Suu Kyi made her first public appearance in almost four months during a court hearing on Monday. The deposed leader of Myanmar is on trial for a string of offenses, including violating coronavirus restrictions. The charges are widely discredited as politically motivated.

The military ousted her government and put her under house arrest in February. But she struck a defiant tone in the courtroom. She vowed efforts to disband her political party would fail.

A heavy military presence filled the capital on Monday. But protesters gathered elsewhere to demand a return to democracy.

Suu Kyi’s supporters have organized protests nearly every day since the Feb. 1 coup. According to a local monitoring group, the military has killed more than 800 civilians in its crackdown on dissent.

Remembering the father of hybrid rice—And finally, we end today in China.

Not many plant scientists can claim to be household names. But Yuan Longping was.

The Chinese scientist who developed higher-yield varieties of rice died Saturday at the age of 90.

This man said he remembered learning in school about how Yuan solved the problem of famine in China and other countries.

The hybrid rice varieties Yuan developed in the 1970s had an annual yield about 20 percent higher than existing varieties. One-fifth of all rice now comes from species created based on his research.