Plus: a terror attack in the U.K., and thwarted protests in Cuba

Forensic police officers walk outside Liverpool Women's Hospital after an explosion on Sunday killed one person and injured another, in Liverool, England, Tuesday, Nov. 16, 2021. Peter Byrne/PA via Associated Press 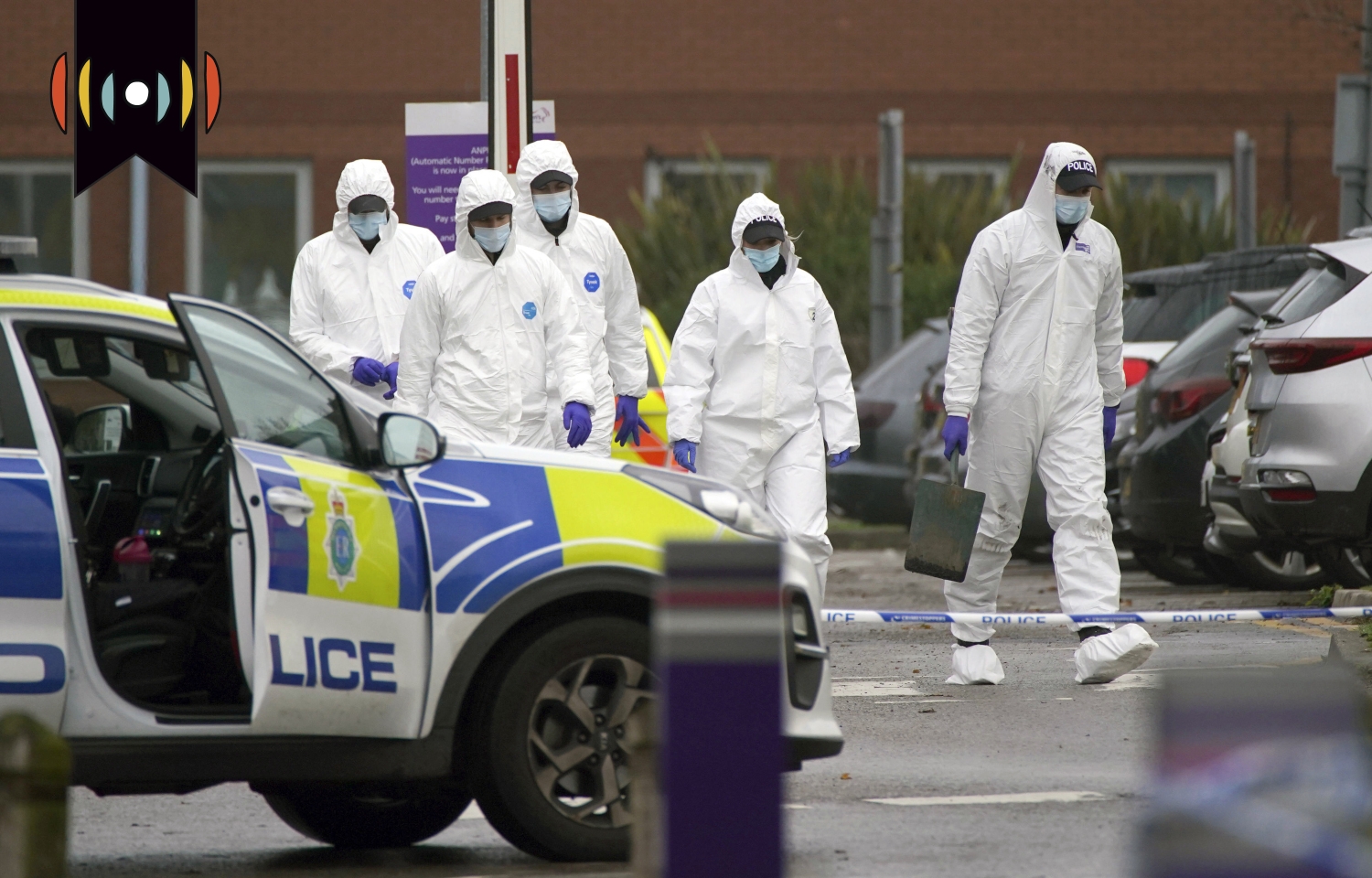 NICK EICHER, HOST: Coming up next on The World and Everything in It: World Tour with our reporter in Africa, Onize Ohikere.

Ukraine is sounding alarms over the increasing number of Russian troops on its border. Dmytro Kuleba is Ukraine’s foreign minister.

KULEBA: What we see now is a deteriorating situation where Russia is demonstrating that it can quickly activate the already amassed troops and equipment and that every option, including the military one, is on the table for Russian leadership.

NATO Secretary General Jens Stoltenberg urged Moscow to be transparent about its intentions. He said any further aggressive actions would cause “serious concern.”

STOLTENBERG: None of us should speculate too much but the fact is that we see unusual concentration of forces, of military Russian capabilities and that we have seen that Russia has demonstrated the will to use these forces against neighbours Ukraine, Georgia and of course they have demonstrated against Moldova over many years.

Russia annexed Ukraine’s Cimean Peninsula in 2014 and supports a separatist insurgency that controls territory in eastern Ukraine. Earlier this year it conducted large military exercises on the border that prompted fears of a possible invasion.

The border buildup comes amid rapidly increasing tensions between Russia and the West.

On Saturday, Russian President Vladimir Putin dismissed concerns about Ukraine. But he blamed Washington for causing trouble in the Black Sea with unannounced NATO military drills. He called the naval and air exercises “a serious concern.”

The U.K. government raised its terror threat level to severe on Monday after a bomb blast shook Liverpool on Sunday. Prime Minister Boris Johnson said another attack is highly likely.

JOHNSON: But what yesterday showed above all is that the British people will never be cowed by terrorism, we will never give in to those who seek to divide us with senseless acts of violence.

A suicide bomber riding in a taxi detonated an explosive device outside a hospital in Liverpool. He reportedly asked to be taken to a Remembrance Sunday service at nearby Liverpool Cathedral. Several thousand people had gathered at the annual event honoring Britain’s war dead.

But due to road closures, the taxi ended up in front of the hospital. When the driver became suspicious about his passenger’s intentions, he jumped out of the car and locked the doors. The would-be attacker then detonated his device. He was the only victim of the explosion.

On Tuesday, police identified him as Emad Al Swealmeen. He was an asylum-seeker from the Middle East who converted from Islam to Christianity. But he also had mental health problems and spent time in a psychiatric hospital several years ago.

Cuba cracks down on planned protest—And finally, we end today in the Caribbean.

The Cuban government deployed police throughout Havana on Monday to prevent a protest planned by opposition groups. Security forces also surrounded the homes of some activists and arrested others.

At a pro-government rally on Sunday, Cuban president Miguel Diaz-Canel declared, “Cuba will live in peace and living in peace we will perfect ourselves.”

Garcia and others organized the protest to demand freedom for more than 600 people jailed after protests in July. Anger over economic hardship and repression prompted the spontaneous rallies.