Plus: Christians in Egypt, burqas in Afghanistan, and a dictator’s son elected president in the Philippines

In this Friday Dec. 18, 2020 file photo, a family member of a freed schoolboy who had been kidnapped with 300 others cries as she waits for a reunion with her son in Katsina, Nigeria. Sunday Alamba/Associated Press Photo 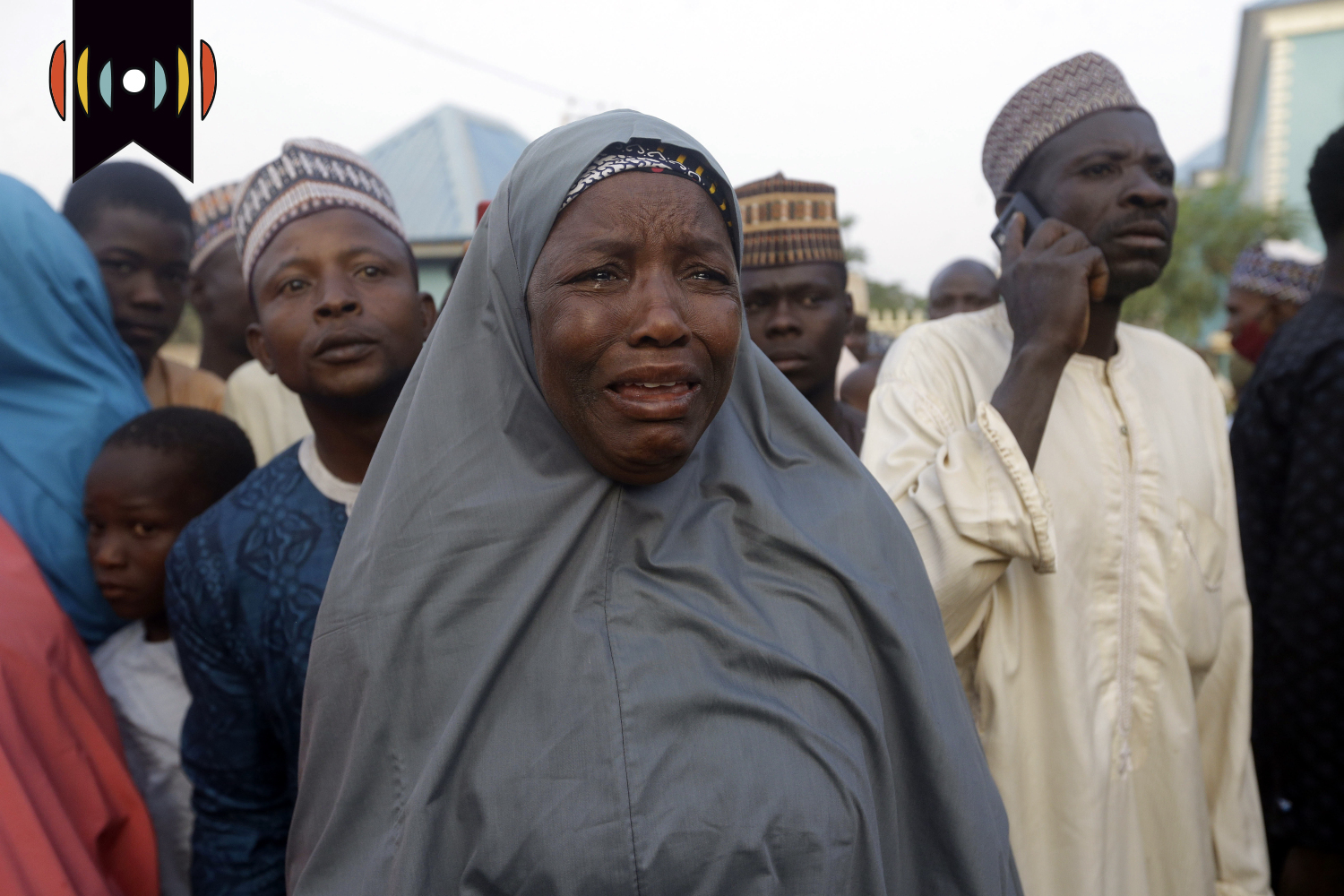 MARY REICHARD, HOST: Well, next up on The World and Everything in It: World Tour. Here’s Onize Ohikere.

Criminal gangs have terrorized northwest and central Nigeria for years. In addition to raiding and looting villages, they target schools and large groups for mass abductions.

Families often pay ransoms to bring their loved ones home. And that’s become a big source of revenue for the gangs. According to a report by the Lagos-based risk analysis firm SB Morgen Intelligence, kidnappers brought in more than $18 million in ransom payments between 2011 and 2020.

And now lawmakers are trying to cut off those funds by punishing families. Under a new bill passed by the Nigerian Senate last week, anyone who pays ransom to abductors would face up to 15 years in prison.

Relatives of kidnapping victims oppose the bill. They say it doesn’t make sense and blame the government for not doing enough to stop the attacks.

A government committee granted legal status to 239 churches in April. That brings the total number of new churches approved since 2017 to just over 24-hundred.

A 2016 church construction law sought to simplify the approval process, a move church leaders applauded. But the policy still discriminates: Only Christians must apply for legalization of their churches.

Christians make up about 10 percent of Egypt’s population.

Taliban orders women to cover their faces—Next, we go to the Middle East.

Taliban officials have ordered women to cover their faces in public—the most severe restriction placed on them since the group took over Afghanistan in August.

Under the new order signed Saturday, women are required to cover every part of their faces, except for their eyes, preferably with the traditional burqa.

And those who don’t have what the order called “important work” outside their homes should not leave them.

This 21-year-old in Herat said women would stand up to defend their rights. But their husbands and fathers face serious consequences if they do.

Government workers whose wives and daughters do not comply will lose their jobs. Men could also face arrest and prosecution if their female relatives continue to disobey the order.

Ferdinand Marcos Jr. won the Philippines presidential election in a landslide on Monday, reclaiming the office once held by his father, dictator Ferdinand Marcos.

A popular revolt deposed the elder Marcos 40 years ago. That ended a brutal and corrupt regime that democracy activists fear could soon return.

Police in riot gear beat back a group of protesters who gathered outside the election commission headquarters in Manila on Tuesday. Voters also elected the daughter of outgoing president Rodrigo Duterte as vice president.

The new administration inherits a slate of problems, including high rates of poverty and unemployment.

Marcos Jr. ran on vows to unite the country. But he also defended his father’s legacy and refused to apologize for or acknowledge the atrocities committed during his dictatorship.