Plus: Pakistan rail disaster, COVID cases drop in India, and an environmental disaster in Sri Lanka

People queue up to get inoculated against the coronavirus during a special vaccination drive held for those working in various markets in Hyderabad, India, Sunday, June 6, 2021 Mahesh Kumar A./Associated Press Photo 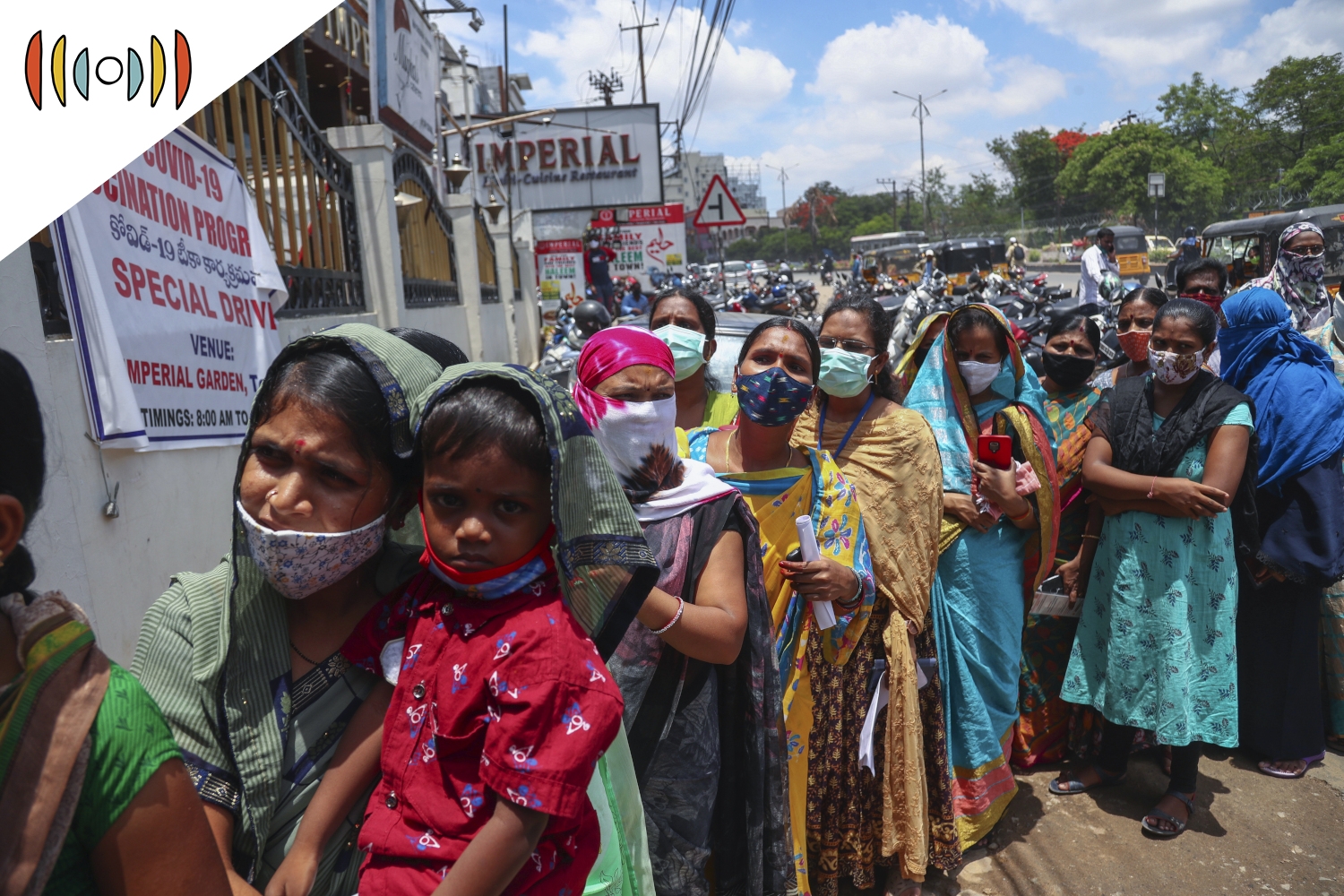 MARY REICHARD, HOST: Coming up next on The World and Everything in It:World Tour with our reporter in Africa, Onize Ohikere.

Nigeria’s foreign minister defended the decision during a meeting with the U.S. ambassador to Nigeria.

ONYEAMA: We believe in human rights and freedom of speech, but all that also has to be used, where freedom of speech is concerned, responsibly. Where that is not the case, the government obviously has to take measures.

Buhari’s post referred to recent unrest in the southeast part of the country, where civil war raged five decades ago. The president blames separatists in the region for recent attacks on police stations and election offices.

But the president’s office denied Buhari’s post had anything to do with the ban. Instead, it accused Twitter of spreading misinformation that has “real world violent consequences.”

The EU, Canada, and Ireland joined the United States to issue a joint statement criticizing the ban. Human rights activists fear it could spread to traditional media outlets critical of Buhari’s government.

Nigeria is Africa’s most populous country and has nearly 40 million Twitter users.

More than 60 people died Monday when two trains collided in a remote part of Pakistan. The first train derailed and the second train plowed into it.

Residents of nearby villages helped pull victims from the twisted wreckage. It took government response teams several hours to reach the site.

This man was in the second train. He said the accident happened at 3:30 a.m. when most of the passengers were sleeping.

Railway officials have not said what might have caused the first train to derail. But the track was built in the 1880s. Pakistan’s interior minister described it as being in “a shambles.” The government plans to update the country’s rail network with money from an economic development project funded by China.

Several of the country’s major cities began lifting coronavirus restrictions on Monday as the rate of new cases drops.

This woman said she was glad to get out of the house after being in lockdown for so long.

Delhi recorded an average of 25,000 daily cases during the virus surge in April and May. On Sunday, doctors there logged just 381 new infections. Health officials in Mumbai reported similar improvement.

But the country’s death toll remains high, and officials warn it could take several weeks for those numbers to come down.

Environmental activists warn of disaster from sinking ship—And finally, we end today in to Sri Lanka.

Divers with the Sri Lankan navy have located the Voyage Data Recorder from a cargo ship sinking just off the coast. They hope it will help provide details of the ship’s movements before it caught fire several weeks ago.

The ship was carrying 25 tons of nitric acid and a massive amount of plastic raw materials. Much of the cargo spilled into the ocean. Environmental activists say it will take years to clean up the site.

AUDIO: Even after the removal of the ship, it will take about a few years in this area because the coral is contaminated, the small fish is contaminated, and the seagrass beds are contaminated. So definitely the impact will be there for few years and if not decades, actually.

Sri Lankan officials blame the fire on an acid leak and say the crew knew about the danger. Ports in Qatar and India refused to offload the leaking nitric acid before the ship sailed for Sri Lanka.