Plus: Political turmoil in Mali, protests in Argentina, a mass grave in Canada, and an extinct tortoise in the Galapagos Islands. 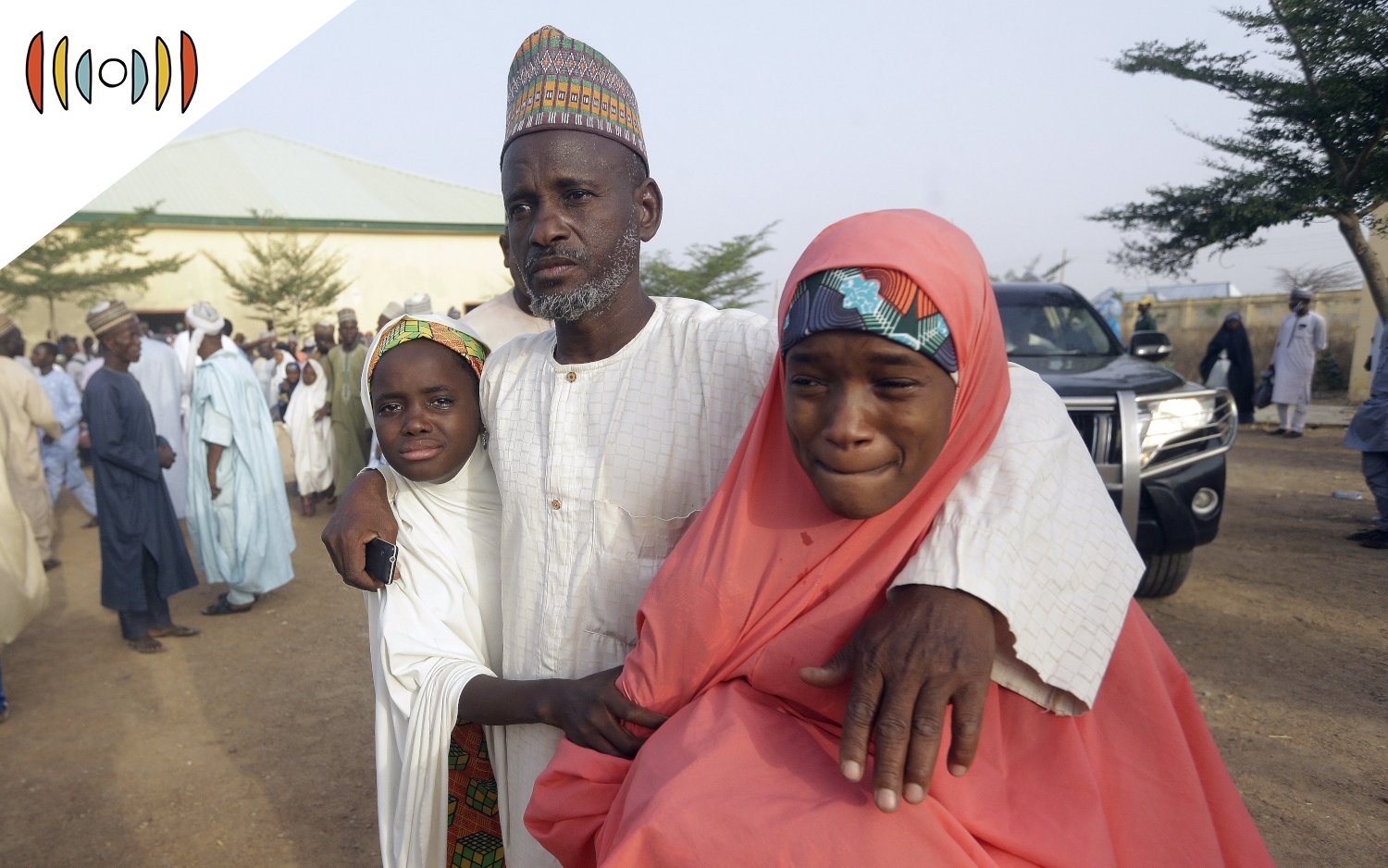 Fourteen students kidnapped in April from a university in northwestern Nigeria reunited with their families on Saturday. Their captors freed them after 40 days.

The kidnappers took 19 students during the raid on the school. They executed five of them a few days later and made a ransom demand for the others. The government has not said whether it paid the ransom.

Kidnapping for ransom is becoming increasingly common in parts of Nigeria. On Sunday, gunmen kidnapped dozens of children from an Islamic seminary in the north-central part of the country. It was the fifth such attack since December.

Calls for peaceful transition in Mali—West African leaders gathered in Ghana on Saturday to call for peace in Mali.

AUDIO: I urge your excellencies to remain resolute in supporting the people of Mali to find a peaceful solution and restore democracy and stability in the country.

But last week, soldiers detained the transitional president and prime minister. They released them after several days, saying they’d agreed to resign.

The Economic Community of West African States suspended Mali from its bloc after Saturday’s meeting. It called for the military to set up a new civilian government immediately.

Canada flew its flags at half mast on Monday following the discovery of a mass grave at a government school for indigenous children.

The grave contained the bodies of 215 children.

Lua Mondor is a member of the First Nations tribe.

The school in British Columbia was the largest of more than 100 boarding schools set up in the late 19th century. They were designed to assimilate indigenous children into Western culture.

Tribal advocates have long claimed that abuse and neglect were rampant at the schools, some of which operated into the 1970s.

Protests over COVID in Brazil—Next to South America.

Tens of thousands of people in Brazil staged another day of protest Saturday against President Jair Bolsonaro. Ten thousand people marched through the streets of Rio de Janeiro. Organizers held similar rallies in other major cities.

They are angry over his handling of the COVID-19 pandemic. The virus has killed nearly half a million people in the country.

Critics say Bolsonaro didn’t do enough to stop the spread of the virus. And they blame him for the slow vaccine rollout. Lawmakers are investigating Bolsonaro's handling of the pandemic.

Officials have confirmed a giant tortoise found in the Galápagos Islands is a species considered extinct a century ago.

Danny Rueda is the director of the Galapagos National Park. He said genetic tests confirmed the species of the tortoise found in 2019. Scientists from Yale University compared the tortoise DNA to a sample taken in 1906.

The island’s national park is home to about 60,000 tortoises from a variety of species.