Plus: a new vaccine for malaria, and low turnout mars a parliamentary election in Iraq

Nigerian children and adults are seen after being freed from kidnappers in Zamfara state in northern Nigeria, Thursday, Oct. 7, 2021. Nigeria Police Force via Associated Press 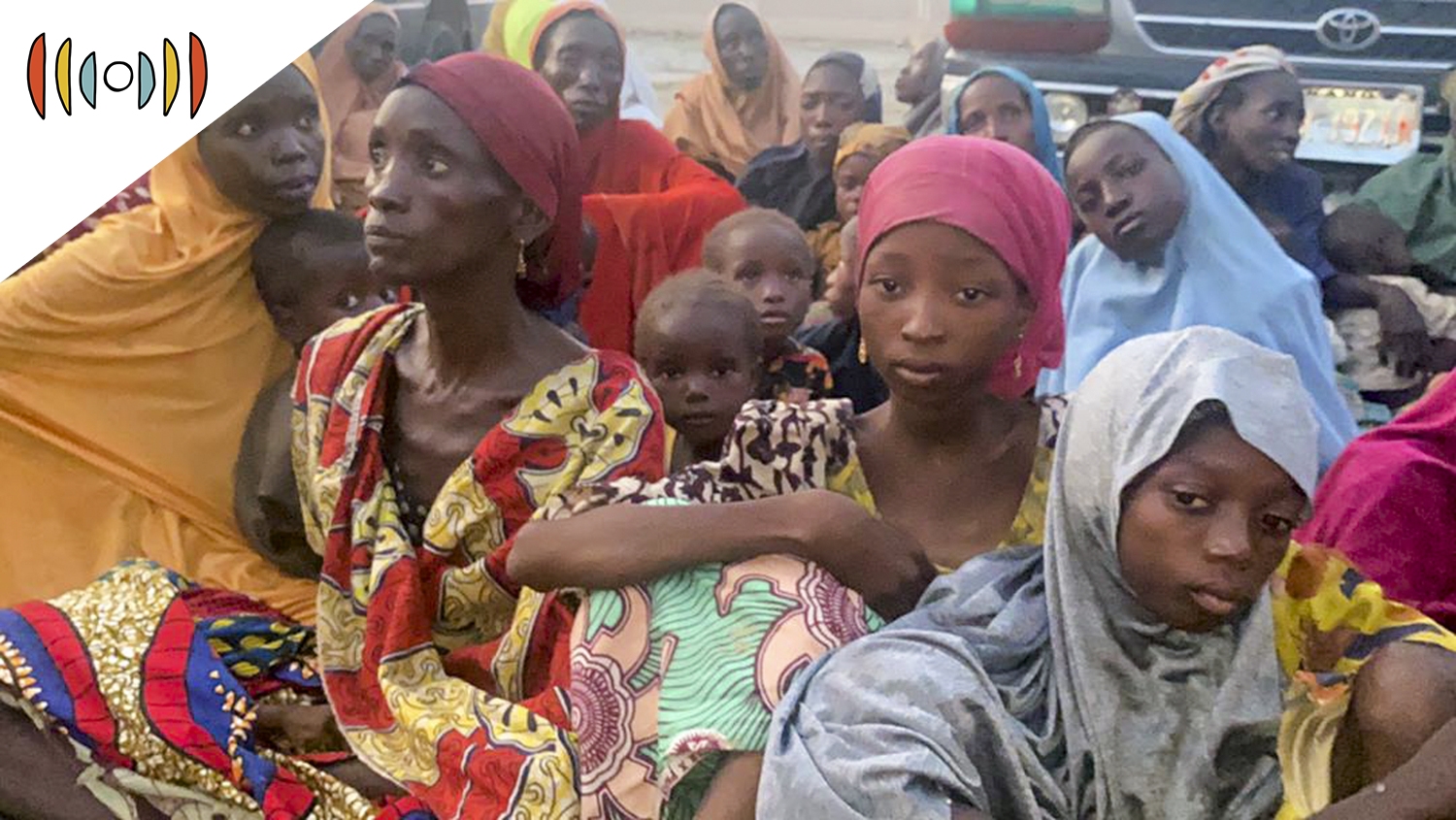 MYRNA BROWN, HOST: Coming up next on The World and Everything in It: World Tour with our reporter in Africa, Onize Ohikere.

Local officials welcomed them home Monday and praised their determination to seek freedom.

AUDIO: They trekked for six days from the forest of Buni Yadi to Damboa. We follow by example, and I think that's why even in the bush, they told me they are looking at what their father is doing, and they want to make him proud.

Jihadists took half of the women a year ago. They kidnapped the other half in May. It’s not clear which terror group the kidnappers belonged to. Both Boko Haram and Islamic State West Africa Province operate in the area.

On Friday, officials in another northern state announced they had freed 187 people kidnapped by bandits several weeks ago. It was one of the largest successful search and rescue operations in northern Nigeria.

Government forces have cracked down recently on lawlessness in the region, blocking cell phone networks and restricting gatherings and movements. Security analysts say the ongoing attacks by terror groups and heavily armed criminal gangs have had a “suffocating effect” on the region’s economy.

WHO endorses first malaria vaccine—Next we go to Europe.

GHEBREYESUS: This long-awaited malaria vaccine is a breakthrough for science, child health and malaria control.

GHEBREYESUS: Using this vaccine in addition to existing tools to prevent malaria could save tens of thousands of young lives each year.

Last week, the WHO recommended widespread use of the vaccine in sub-Saharan Africa. Malaria is a mosquito-borne disease that kills more than 400,000 people a year, mostly African children.

MOETI: Today's recommendation therefore offers a glimmer of hope for the continent. We expect many more African children will be protected from malaria and grow into healthy and productive adults.

The WHO’s recommendation followed the conclusion of a pilot program started in 2019 in Ghana, Kenya, and Malawi.

Drugmaker GlaxoSmithKline has been working on the vaccine since 1987. It is only about 30 percent effective at preventing severe malaria. But health experts say even that relatively small benefit will help save lives.

Supporters of Iraq’s Shiite cleric Moqtada al-Sadr celebrated on Monday. That after initial election results showed his political allies taking the largest share of seats in the country’s parliament.

Al-Sadr is best known in the West for leading an insurgency against U.S. forces in 2003. He opposes all foreign influence in Iraq. While his allies appear to have the largest bloc of seats in the parliament, they are far from a majority.

Election observers from the European Union said they found no signs of fraud or other problems.

AUDIO: The results might be contested, that's not new for this country, I guess, but what we have seen, what we have observed, technically, was calm and orderly, there was nothing on the technical level in the majority of the polling stations, of the polling centres, where we observed during the election day.

Only 41 percent of eligible voters participated in the election, a record-low turnout. The government held elections months ahead of schedule in response to a youth-led popular uprising against corruption and mismanagement. But many of the young activists called for a boycott of the vote to protest the heavy-handed reaction to rallies in 2019 and 2020.