Plus: A trial in Myanmar, political arrests in Nicaragua, and an intelligent piano in France

In this Saturday, May 8, 2021 file photo, an Ethiopian man carries a sack of wheat on his shoulders to be distributed by the Relief Society of Tigray in the town of Agula, in the Tigray region of northern Ethiopia. Ben Curtis, File/Associated Press Photo 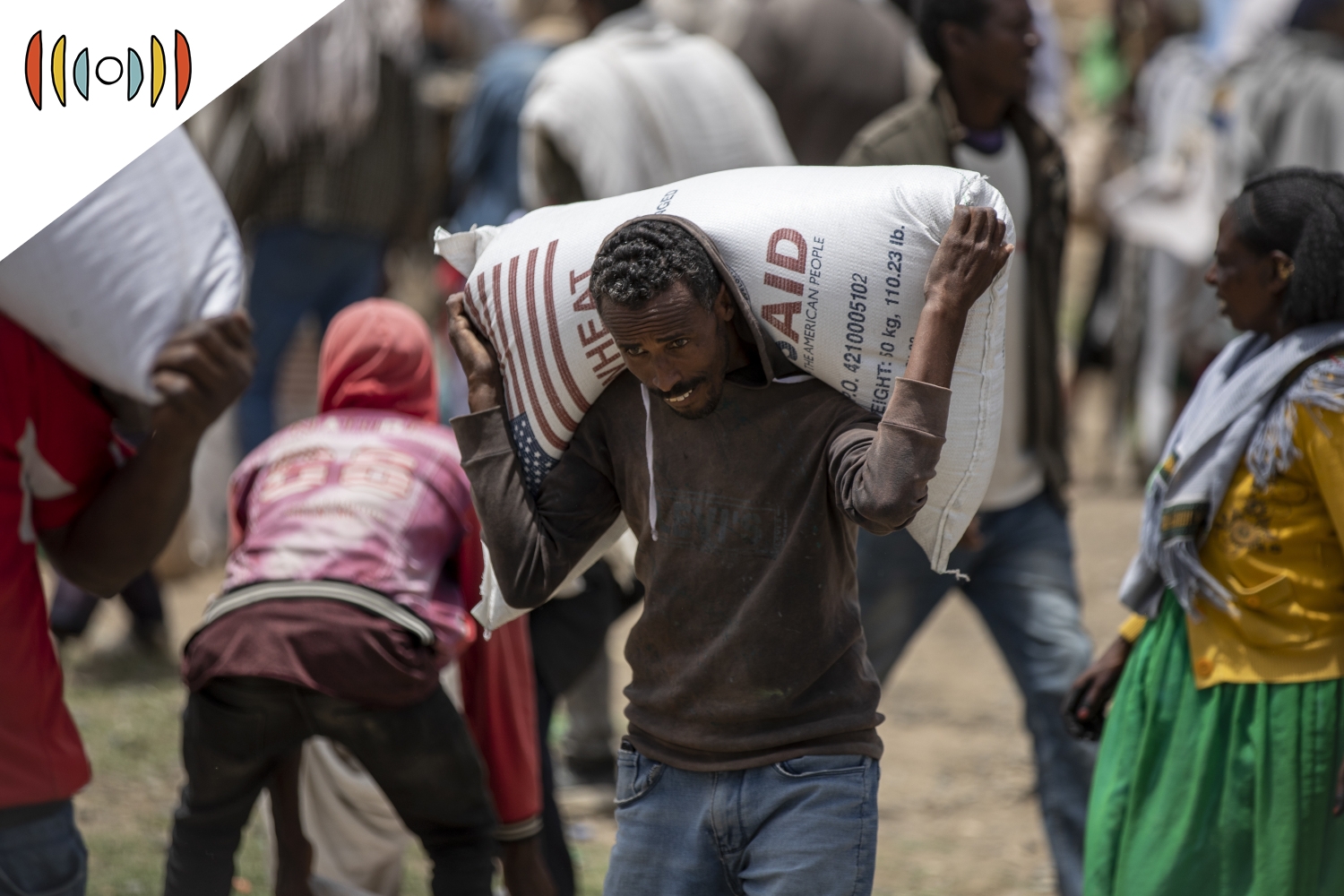 Tens of thousands of malnourished children are at risk of dying in Ethiopia’s Tigray region. That according to the United Nations and humanitarian groups working in the area.

Tommy Thompson is emergency coordinator for the World Food Programme.

THOMPSON: This is a crisis of certainly food security, but it's really a crisis of access, protection issues, that's preventing us from doing the work that's required. It's an incredibly dangerous environment for us all to be working in. There have been nine humanitarians who have been killed thus far. Every day we have our teams - and this is WFP, NGOs, partners, everybody who's trying to operate in the north - find themselves challenged at checkpoints. They're increasingly hostile in some of these checkpoints. We have our beneficiaries having the things that are given to them looted from them.

Ethiopian Prime Minister Abiy Ahmed sent government forces into Tigray in November to disarm leaders of the Tigray People's Liberation Front. He blamed the group for attacks on army camps.

But international watchdog groups accuse government forces of widespread atrocities against civilians. And now, humanitarian agencies say Ethiopian forces and troops from neighbouring Eritrea are keeping relief shipments out of the region.

Suu Kyi goes on trial in Myanmar—Next we go to Southeast Asia.

AUDIO: [Protesters chanting as they march]

The military leaders who removed her from office in February accuse the democratically elected leader of a wide range of offenses. They include violating pandemic restrictions with a political rally and importing allegedly illegal walkie talkies.

Suu Kyi’s supporters say they are trumped up crimes used to justify the military coup.

Reporters are not allowed in the courtroom for the trial. But Suu Kyi’s lawyer said she appeared to be in good health.

Despite daily protests, the military junta shows no signs of stepping aside. More than 850 civilians have died in the brutal crackdown on dissent.

Nicaraguan police have arrested six opposition politicians in a bid to silence anyone who might challenge President Daniel Ortega’s rule. Several of them released defiant video messages before their arrests.

Ana Margarita Vijil is a member of the Unamos opposition party. She vowed Ortega’s opponents would eventually force him out of office.

Ortega first came to power in 1979 and led the country for 11 years. He returned to the presidency in 2007 and has side-stepped term limits ever since. His Sandinista party now controls the courts and the legislature.

Under a law passed in December, Ortega’s government has the power to declare citizens “terrorists” or classify them as “traitors to the homeland.” Anyone branded with that label cannot participate in this year’s presidential elections.

The digital musician doesn’t just play its own tune. It responds to the notes Markeas plays. The composer says he enjoys creating music that’s a surprise, something he didn’t expect.