Two men help a motorist to wade through a waterlogged street in Ahmedabad, India, Tuesday, May 18, 2021. Ajit Solanki/Associated Press Photo 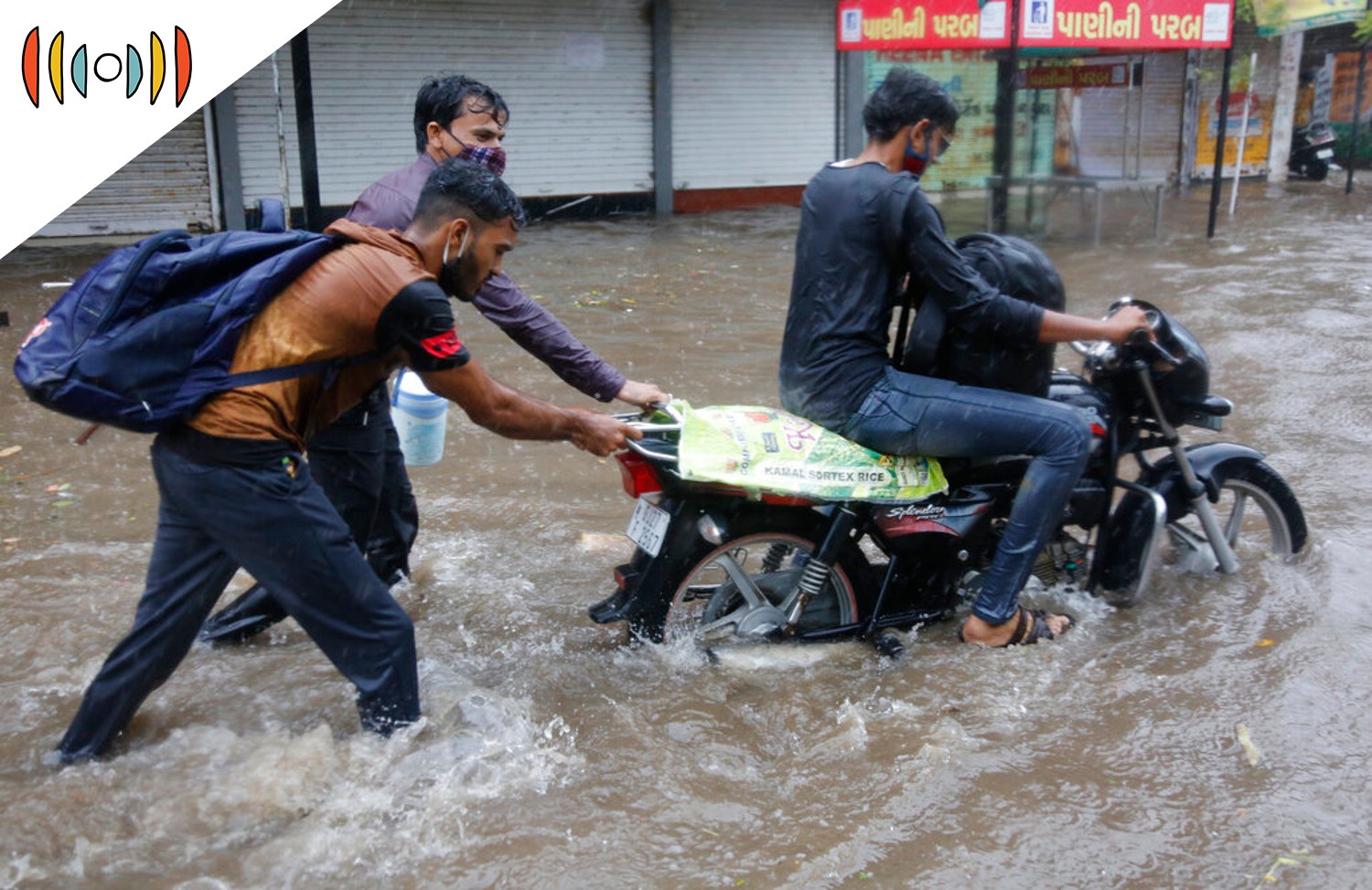 REICHARD: Coming up next on The World and Everything in It: World Tour with our reporter in Africa, Onize Ohikere.

A record number of migrants stormed the beaches of Ceuta earlier this week. The Spanish enclave in Morocco is one of only two slivers of Europe in Africa.

An estimated 6,000 people swam or walked at low tide from Moroccan territory. Spanish security forces have so far returned about one-fourth of them.

Moroccan border guards stood by and watched Monday as a group of migrants attempted to cross. Their inaction prompted thousands of others to follow suit.

The border dispute may be linked to a brewing diplomatic crisis between the two countries. The Moroccan government condemned Spain’s decision in April to give medical treatment to a Western Sahara independence movement leader sick with COVIID-19.

A massive cyclone battered the Western coast of India on Monday, multiplying the country’s misery.

So far, more than a dozen people have died due to the storm.

Officials were scrambling to ensure the area’s hospitals didn’t lose power so COVID patients wouldn’t have their oxygen supplies cut off.

India continues to suffer from a virulent coronavirus outbreak that has pushed the country’s healthcare system to the breaking point. The official case count now tops 20 million, and an average of 4,000 people are dying every day.

Dozens of Tokyo residents protested near a busy train station on Monday. They are demanding their government postpone the Olympics again.

The games are set to start in less than 10 weeks. But the country is suffering its fourth wave of coronavirus infections. The government expanded the state of emergency on Friday, and doctors are worried about the strain on hospitals.

This man says Japan cannot afford to host the Olympics when it must defeat the coronavirus. A recent poll showed nearly half the country agrees.

The summer games were supposed to take place last year, but they were postponed due to the pandemic.

SOT: The hotel was booked five weeks ago, hoping that we might get away, and then the flight was booked a week ago.

Portugal and Britain currently have two of the lowest rates of COVID-19 in Europe. British travelers can now visit Portugal as long as they test negative for the virus.

Other European countries are also welcoming back international travelers, including Americans. Popular tourist destinations like Italy and Greece are eager to open their borders to visitors, who contribute significantly to their local and national economies.