Plus: a church procession banned in Nicaragua, explosion in Ecuador, a UN-chartered ship takes grain to Africa

Mourners attend a memorial service for victims of a fire at a church in Greater Cairo that killed dozens on Sunday, Aug. 14, 2022 Associated Press Photo/Tarek Wajeh 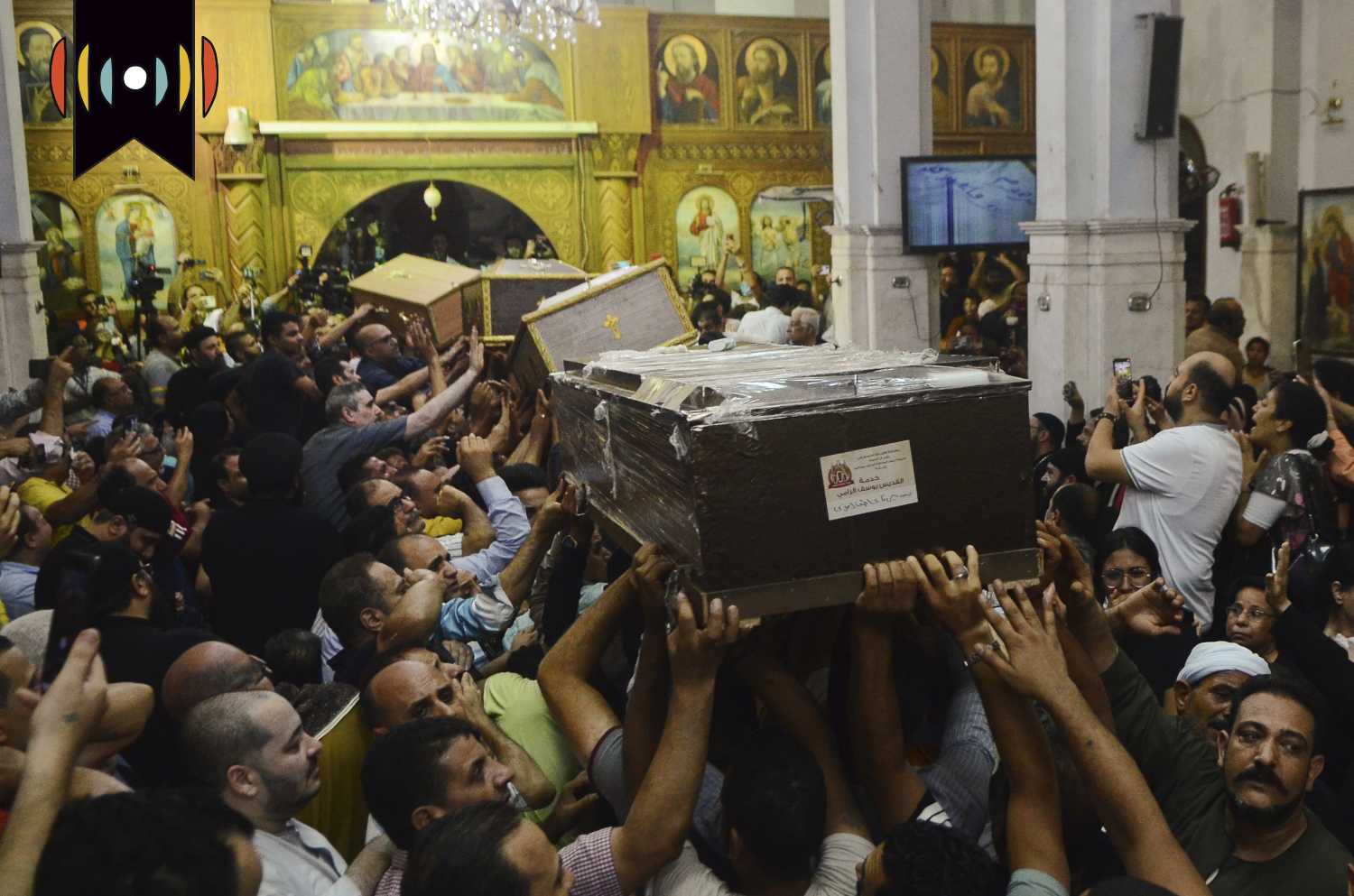 MARY REICHARD, HOST: Coming up next on The World and Everything in It: WORLD Tour, with our reporter in Africa, Onize Ohikere.

Egypt church fire— We kick off today’s roundup in Egypt, where crowds gathered to mourn 41 people killed in a church fire.

The blaze ripped through the Coptic Christian church during Sunday Mass. Worshippers jumped out of upper story windows while people nearby rushed to the church to rescue others. Authorities said the dead included at least 15 children. Fourteen other people sustained injuries.

Mourners cried and reached out their hands to the coffins as pall-bearers passed by during pre-burial prayers inside two nearby churches.

Egypt’s Interior Ministry said the fire broke out in an air-conditioning unit on the second floor of the church building. Police said an initial investigation pointed to an electrical short-circuit.

Hundreds of Nicaraguans showed up at the Catholic cathedral in the capital on Saturday after authorities barred an annual church procession over concerns of quote - “internal security.”

President Daniel Ortega’s government shut down seven radio stations owned by the Church this month. Authorities also confined Bishop Rolando Álvarez to the church compound in the northeastern city of Matagalpa. The government accused Alvarez of inciting violence to destabilize the country.

Despite the ban on Saturday's procession, the Church’s leadership called on worshippers to pray for the Nicaraguan church.

Relations between Ortega and the Catholic Church have been tense since the bloody suppression of anti-government protests in 2018 that left more than 350 people dead.

Ecuador crime killings— Next to South America, where an explosion killed at least five people in Ecuador.

Gunfire first rang out on the streets of the port city of Guayaquil, before the explosion. The blast destroyed eight houses and two cars. Authorities said 16 other people were injured, while several others are missing.

This resident said the explosion was strong, and she thought it was an earthquake.

Guayaquil has seen frequent shootings and killings by members of rival gangs linked to national and international drug trafficking.

Ukraine grains for Africa— We end today at the Ukrainian Black Sea port.

AUDIO: [Grain loaded onto the ship]

A Lebanese-flagged ship named Brave Commander set sail for Africa on Tuesday, loaded with more than 23,000 metric tons of wheat.

The United Nations-chartered ship is heading for Djibouti, where the grains are set to be unloaded and sent on to Ethiopia. Ukraine’s Information Ministry said the Brave Commander should arrive in two weeks. The delivery would mark the first to Africa since a deal last month reopened Ukraine’s ports.

Frederick Kenny is the interim head of the U.N.’s Joint Coordination Center.

KENNY: We’ve so far authorized 12 vessels to depart the Ukrainian ports carrying over 370,000 metric tons of grain and other foodstuffs. Those vessels had been stranded in the three ports covered by the initiative when the war started.

The U.N. said the wheat would go to the World Food Program’s operations in Ethiopia to support its drought response across the Horn of Africa. The region is currently battling its worst drought in four decades.