Plus: Haiti gets a new leader, and the U.K. celebrates ‘Freedom Day’ 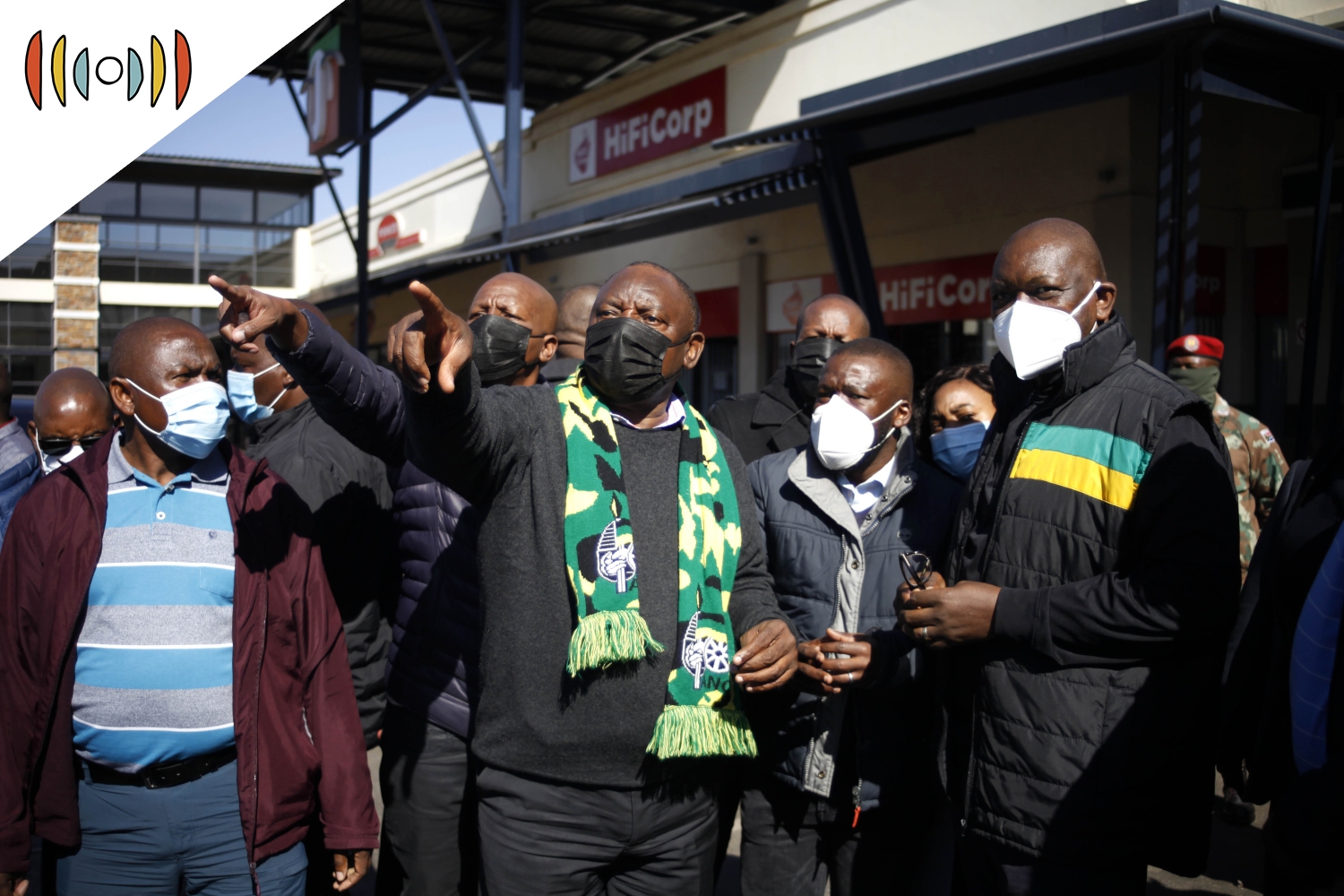 South Africans began cleaning up on Saturday from the riots and looting that destroyed shopping centers and left more than 200 people dead.

The destruction made an already bad economic situation worse.

AUDIO: We got no shop now. Where are we going to buy? How am I going to buy bread for 25 rand where I was buying it for about 13 rand? It’s bad for us. It’s bad.

With retail stores destroyed in the hardest hit areas, residents are having a hard time finding places to buy food. The government, aid agencies, and churches have stepped in to deliver emergency supplies.

Police and army troops are escorting aid convoys and supermarket delivery vehicles into the area.

President Cyril Ramaphosa visited cleanup sites in Soweto on Saturday. He vowed to rebuild and bring those responsible to justice.

AUDIO: Using the pretext of a political grievance, those behind these acts have sought to provoke a popular insurrection amongst our people.

Officials have arrested more than 2,500 people. But all but one of the suspected masterminds are still at large.

Power struggle in Haiti—Next we go to the Caribbean.

Haiti is getting a new prime minister, two weeks after the assassination of its president.

Interim Prime Minister Claude Joseph took control of the government after assassins killed President Jovenel Moise on July 7th. But on Monday he agreed to step aside in favor of the man Moise tapped as the new prime minister just a few days before his death.

Ariel Henry will form a temporary government with the goal of holding elections as soon as possible.

Meanwhile, police in Colombia say a former Haitian official ordered the hit on Moise. Investigators have identified more than 20 people who were involved in the assassination. Most of them are former Colombian soldiers.

But Colombia says they were duped into believing they were only to arrest the president. Haitian police are still searching for the former officials at the center of the plot.

Nightclubs reopened at the stroke of midnight for the first time since March 2020. And sports stadiums, cinemas, and theatres can now run at full capacity.

Despite increasing COVID case numbers, the government lifted legal mandates on social distancing, wearing masks, and working from home. But it urged Brittons to take personal responsibility for their health.

JOHNSON: If we don't open up now, then we face a risk of even tougher conditions in the colder months, when the virus has a natural advantage and we lose that fire break of the school holidays. There comes a point after so many have been vaccinated, when further restrictions no longer prevent hospitalizations and deaths but simply delay the inevitable. So we have to ask ourselves the question, if not now, when?

Daily infections have climbed to more than 50,000 per day. And the Delta variant has taken hold in many areas.

But Johnson says thanks to a rapid vaccination program, the healthcare system should be able to manage new cases.

Other European countries are taking the opposite approach. Greece, the Netherlands, and Spain have reimposed restrictions to battle new outbreaks. And in France, lawmakers are expected to approve stricter vaccine mandates. Proof of vaccination or a recent negative test could soon be required to enter public venues like restaurants, bars, shopping centers, and movie theaters.