Plus: Protests in Colombia, rewriting history in Russia, and Chinese space junk returns to Earth

Young choir members during a Sunday morning service of the Ethiopian Orthodox Tewahedo Church at the Church of St. Mary in the Tigray region of northern Ethiopia on May 9, 2021. Ben Curtis/Associated Press Photo 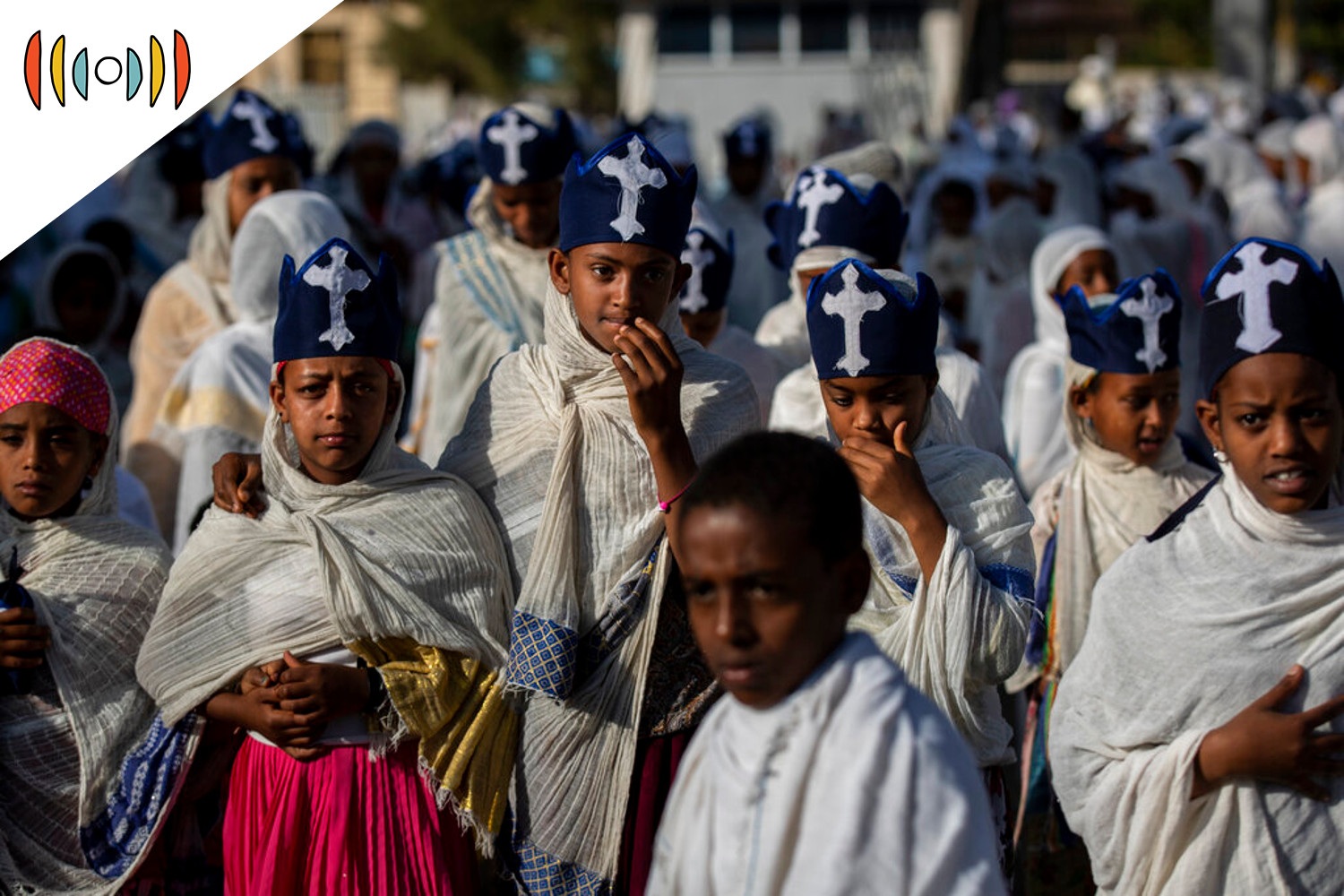 The head of Ethiopia’s Orthodox Church has accused the government of carnage in Tigray. Abune Mathias says government forces are targeting civilians in an effort to destroy the Tigray people.

Mathias recorded a 14-minute video message in April and asked an American friend to smuggle it out of Ethiopia. He said government officials have blocked his previous attempts to speak out about the violence.

On Monday, Ethiopia’s deputy attorney general dismissed claims that a November massacre involved civilians. He said the “great majority” of those killed in the attack were rebel fighters.

But that conflicts with reports from Human Rights Watch and Amnesty International. Both watchdog groups say hundreds of civilians died at the hands of troops from neighboring Eritrea, who are fighting with the Ethiopean military.

Victory Day in Russia—Next we go to Russia.

Troops and tanks marched through the streets of Moscow Sunday to mark the 76th anniversary of victory in World War II.

President Vladimir Putin used the annual Victory Day military parade to highlight Russia’s commitment to its own defense. But he also attempted to rewrite history, by suggesting that Russia defeated Germany by itself. He said Russia was, “alone on the path to victory.”

He made no mention of the country’s Western allies.

Protest leaders in Colombia are calling for another day of strikes after talks with government officials failed.

Protests began on April 28 over a proposed tax hike. Lawmakers abandoned that bill but the protests continued. Now the National Strike Committee is demanding reforms on a long list of social issues.

They have also denounced police violence against the protesters. According to the government, 26 people have died and 800 have suffered injuries. But human rights groups say the real numbers are likely much higher.

AUDIO: There she is…

A 100-foot-long piece of a Chinese rocket reentered Earth’s atmosphere on Sunday. It blazed a trail across the sky over North America and the Middle East before burning up over the Maldives.

But Chinese officials dismissed the criticism. They insisted the rocket posed no threat and called U.S. concerns hypocritical. They noted debris from a SpaceX rocket landed in parts of Washington and Oregon in March.