World Tour - A dam dispute, and a mass shooting memorial 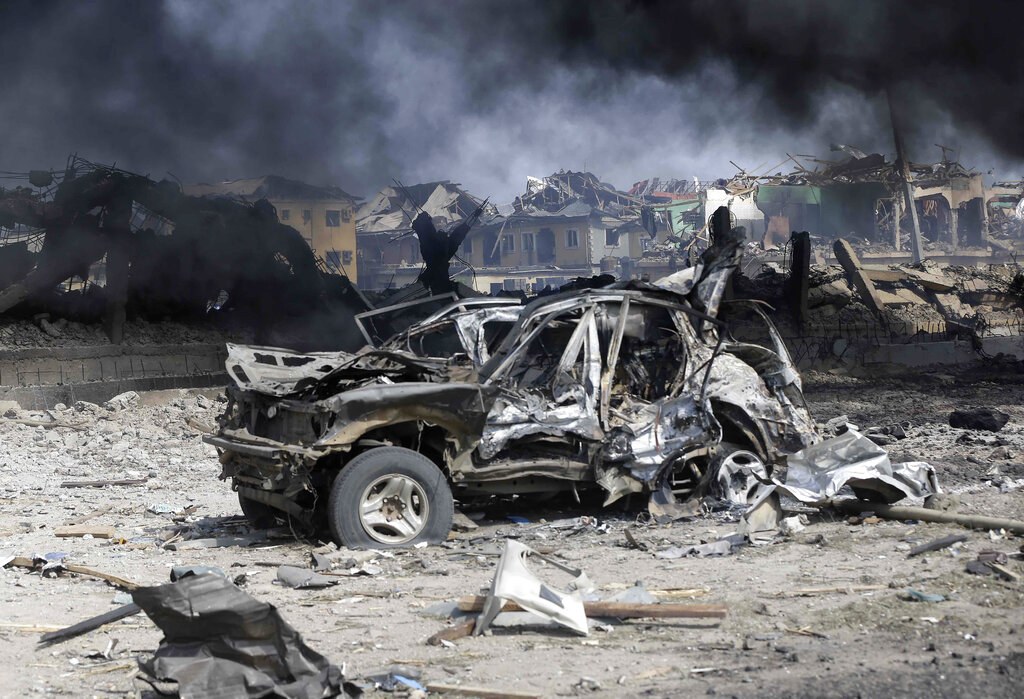 NICK EICHER, HOST: Coming up next on The World and Everything in It: World Tour.

Africa correspondent Onize Ohikere is returning home today from a reporting trip, so we will bring you this week’s top international stories not related to coronavirus.

We start today in Africa.

AUDIO: [Workers in the Lagos rubble]

What you’re hearing there is the sound of rescue workers sifting rubble. Early Sunday morning, an explosion rocked Lagos, Nigeria.

The blast killed at least 15 people and destroyed more than 50 buildings, one of which was a school for girls.

AUDIO: We don’t know how many number of students are still in the building or not.

A truck hit a stack of gas cylinders at a processing plant nearby, and that triggered the blast. It could’ve been even worse had the explosion also damaged a nearby oil pipeline.

AUDIO: We have pipelines running through this area in spite of the fact that people live here, which is wrong.

Rescuers pulled at least 25 people from collapsed buildings, but others remain missing.

BASHAM: Next, Ethiopia, which remains locked in a dispute with Egypt over a major dam on the Nile River.

Ethiopia has been working to build that dam on the Nile for almost a decade. But Egypt regards the project as a threat to its water supply.

The United States is acting as mediator, and last week issued a statement urging Ethiopia and Egypt to come to terms. But earlier this month, Ethiopia’s minister of foreign affairs accused the United States of bias.

The dam is about 70 percent built. If and when it’s complete, the project would double Ethiopia’s electricity generation. It would also provide energy exports to countries like Sudan, Kenya, and possibly Egypt.

EICHER: Next we go to New Zealand.

The prayers Friday of more than a thousand people gathered to commemorate the anniversary of last year’s mass shooting at two mosques in Christchurch.

AUDIO: I came here to support my Muslim brothers and sisters here, to share with them the sorrow and the hardship that they’ve been through.

The prime minister donned a headscarf and participated in the Islamic prayers.

Authorities kept the commemoration small, and canceled a much-larger memorial because of concerns over coronavirus.

BASHAM: And we end today in Washington.

Tibetans gathered outside the Chinese embassy in Washington. They marked the 61st anniversary of an uprising against Chinese rule. Some protesters painted on their faces the words “free Tibet.” Others wore or waved Tibetan flags.

More than 70 years ago, China invaded and annexed Tibet. A decade after that came a failed uprising in which thousands died. Today, China occupies the Himalayan region, and Tibetans hope international support and pressure will lead Beijing to permit some freedoms.

And that’s this week’s World Tour.

(AP Photos/Sunday Alamba) Wreckage at the site of an explosion in Lagos, Nigeria. Sunday March 15, 2020.