Word Play - An ode to autumn

The term fall might be more common, but it doesn’t hold the same poetic influence 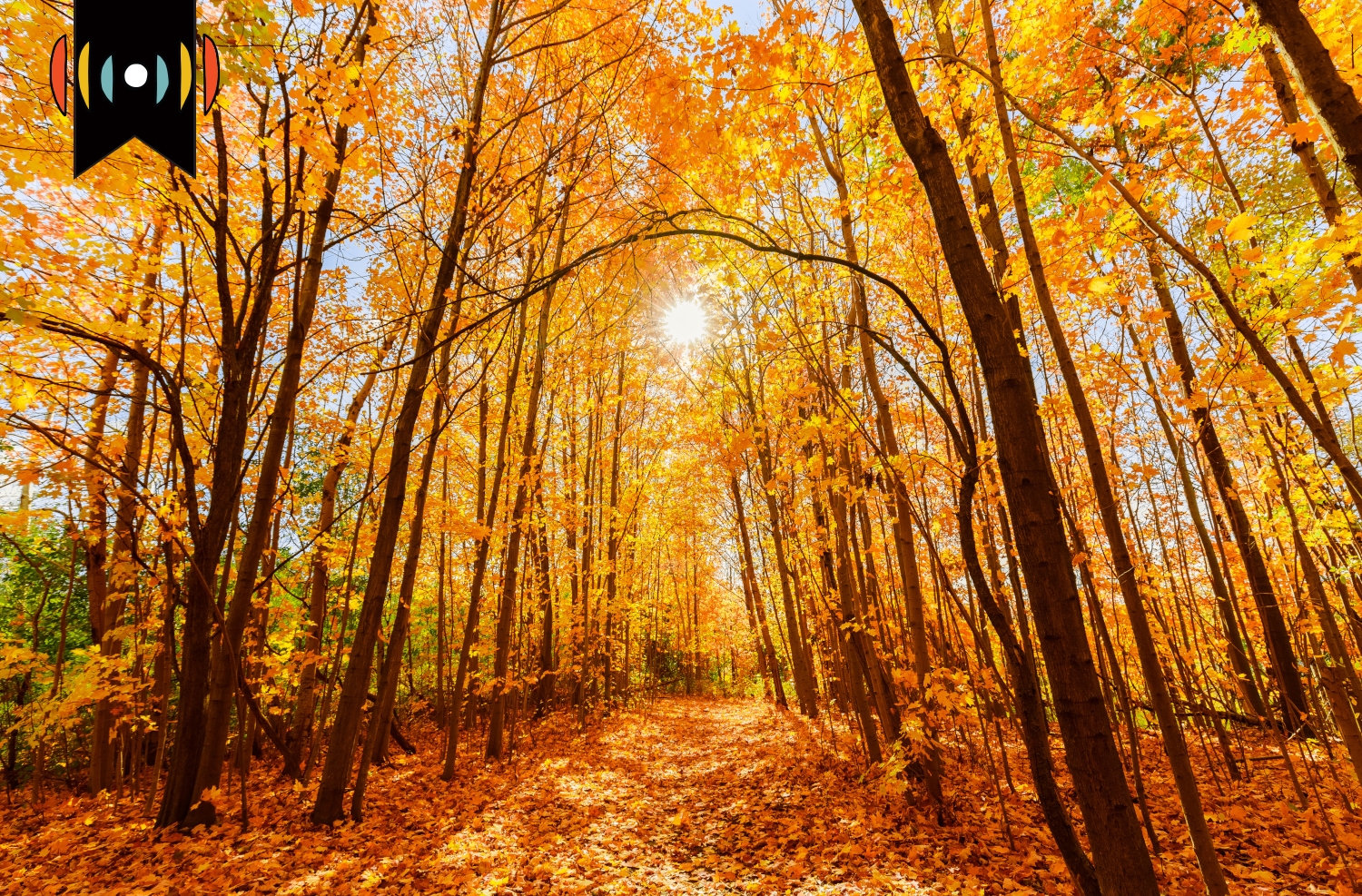 NICK EICHER, HOST: Today is Friday, October 22nd. Good morning! This is The World and Everything in It from listener-supported WORLD Radio. I’m Nick Eicher.

Well, there’s a chill in the air this morning. And God is painting a colorful tableau on the trees outside.

EICHER: And our friend George Grant is going to do his part to return the favor with a likewise colorful piece of writing. Here’s a pumpkin-spice, October Word Play.

GEORGE GRANT, COMMENTATOR: Novelists, essayists, and poets have perennially waxed eloquent at the waning of the year. John Donne declared, “No spring nor summer beauty hath such grace as I have seen in one autumnal face.” George Eliot agreed saying, “Delicious autumn! My very soul is wedded to it, and if I were a bird, I would fly about the Earth seeking the successive autumns.” Emily Bronte concurred professing, “Every leaf speaks bliss to me, fluttering from the autumn tree.” Jim Bishop exulted, “Autumn carries more gold in its pocket than all the other seasons.” L.M. Montgomery exclaimed, “I’m so glad I live in a world where there are Octobers.” And, who could ever forget Winnie the Pooh’s gleeful oratory? “It’s the first day of autumn! A time of hot chocolatey mornings, and toasty marshmallow evenings, and, best of all, leaping into leaves!” And, Elizabeth Barrett Browning beckoned, “Go, sit upon the lofty hill, and turn your eyes around, where waving woods and waters wild do hymn an autumn sound. The summer sun is faint on them—the summer flowers depart—sit still—as all transform’d to stone, except your musing heart.”

Perhaps these writers’ temptation to plunge into a sea of purple prose during this time of year is compensation for the fact that our Anglo-Saxon forbearers only had names for two seasons: winter and not-winter.

The word “autumn” comes from the Old French “autumpne,” which in turn came from the Latin “autumnus.” Its earliest origins though are uncertain. The word was introduced into the English language, by Geoffrey Chaucer, who in 1374 described how “Autumn comes again, heavy of apples.” The word was picked up by William Tyndale in his 1526 translation of the Epistle of Jude. And Shakespeare, taking his cue from Tyndale, as he often did, in A Midsummer Night’s Dream and The Taming of the Shrew.

Though the use of “fall” as an alternate name for the season has some ancient precedents, it was not widely used until emigrants to the American colonial settlements of New England used the term to describe the time of year when the leaves fall from the trees.

In any case, Jane Austen summed up the allure of autumn for writers of all stripes in that wonderful scene from her final novel, Persuasion, when Anne Elliot “took a turn through the countryside” with the “Miss Musgroves,” Mary, Louisa, and Henrietta, and Captain Frederick Wentworth. Anne resolved that, “Her pleasure in the walk must arise from the exercise and the day, from the view of the last smiles of the year upon the tawny leaves and withered hedges, and from repeating to herself some few of the thousand poetical descriptions extant of autumn—that season of peculiar and inexhaustible influence on the mind of taste and tenderness—that season which has drawn from every poet worthy of being read some attempt at description, or some lines of feeling.”