Will trucker shortage cause shipping delays? 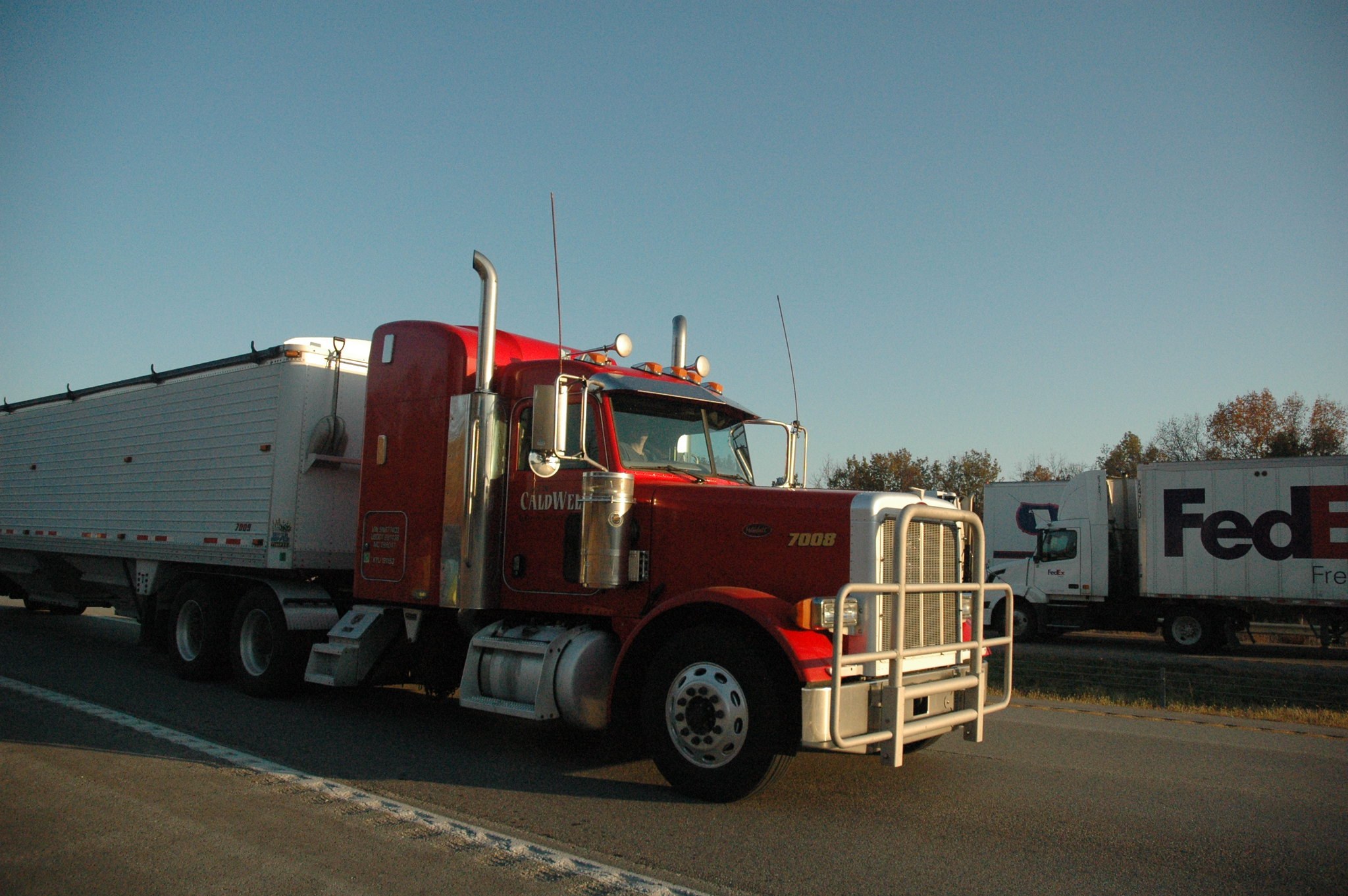 MARY REICHARD, HOST: Coming up next on The World and Everything in It: big-rig drivers.

LYRIC: Breaker 1-9, this here’s the Rubber Duck, you got a copy on me, Pig Pen, c’mon? Yeah, it’s a big 10-4 there, Pig Pen. Yeah, we definitely got the front door, good buddy, mercy sakes alive, looks like we got us a convoy!

The United States has a shortage of big-rig truckers. Almost everything you buy for your home, for your office, and for the people on your Christmas list this year most likely came to you on a truck.

That’s the way 78 percent of freight in this country moves. So the saying goes, “if you bought it, a truck brought it.”

NICK EICHER, HOST: But the American Trucking Association reports that by the end of 2018, the industry’s convoy was a bit short—short by about 60,000 drivers. And the group projects in another decade it’ll be twice the problem.

To find out why truck driving may be less attractive these days, WORLD Radio’s Sarah Schweinsberg headed out on the road.

SARAH SCHWEINSBERG REPORTER: Interstate 80 is one of the nation’s main trucking arteries. It stretches from San Francisco all the way to New Jersey.

Tonight, a thick fog has rolled over this stretch through western Wyoming.

With visibility low, many truck drivers are pulling over here at a large truck stop just off the interstate. Mike Johnson is one of them. He’s been on the highway for three decades.

JOHNSON: It’s one of those things, it’s in my blood.

Johnson says he’s loved his life on the road because it’s let him see the country, and meet people from every walk of life. But it’s not an easy job.

JOHNSON: It takes a skill to drive one. If they get a truck fully loaded at 80,000 pounds, you have to know what that truck’s gonna do. You know, you just can’t go barreling down the highway like Joe blow and his car, you know?

Today, more than half of all truck drivers are over 55, like Johnson. As that generation retires over the next decade, companies will need to replace them.

BUFFINGTON: I’ve been doing this 28 years. I kind of worked my way up. Now I’m home every week. I get pretty good paycheck.

Buffington is hauling potatoes from Idaho to Minnesota. He says trucking is a tough lifestyle—one that most young people don’t want to take on.

BUFFINGTON: Nobody wants to go away from home. For some companies, two, three weeks.

What can companies do to make that time on the road more appealing?

Kevin Thakur is hauling yogurt from California to Pennsylvania. He’s on the road two-thirds of the year. Thakur says life is good when he gets to sleep here at a truck stop with showers and a restaurant, but places like this fill up fast.

THAKUR: I mean I can stop right now but somebody coming at midnight, he won’t find a place. He’d be stopping at some exit. Which you don’t know. What if  somebody knocks at the door at nighttime with the gun. What do you gonna do? So safety, security.

John Kingston is an analyst at FreightWaves, a publisher of freight news and data. He says driver shortages are nothing new.

KINGSTON: Trying to find drivers has always kind of been a struggle for this industry. This is not new.

Matt Schrap teaches at California State University’s Center for International Trade and Transportation. He argues there isn’t a shortage of drivers, just a shortage of qualified drivers. If companies do a better job of offering trainings, they can create new labor.

SCHRAP: Today’s technology is so sophisticated when new trucks that, you know, it’s not your old granddad’s truck. I think that really it’s just a function of getting people behind the wheel, letting them experience the, the industry and then ideally become better at it.

But the real question is, when will the driver shortage start interfering with the time it takes your online order to get to your front door? Freight Waves John Kingston says before that happens the market will follow driver Rod Buffington’s advice.

KINGSTON: My view is that we start to get to that point, the rates will soar and it’ll bring in a lot of drivers off the sidelines.