Will Biden stand up for the world’s persecuted?

WORLD Radio - Will Biden stand up for the world’s persecuted? 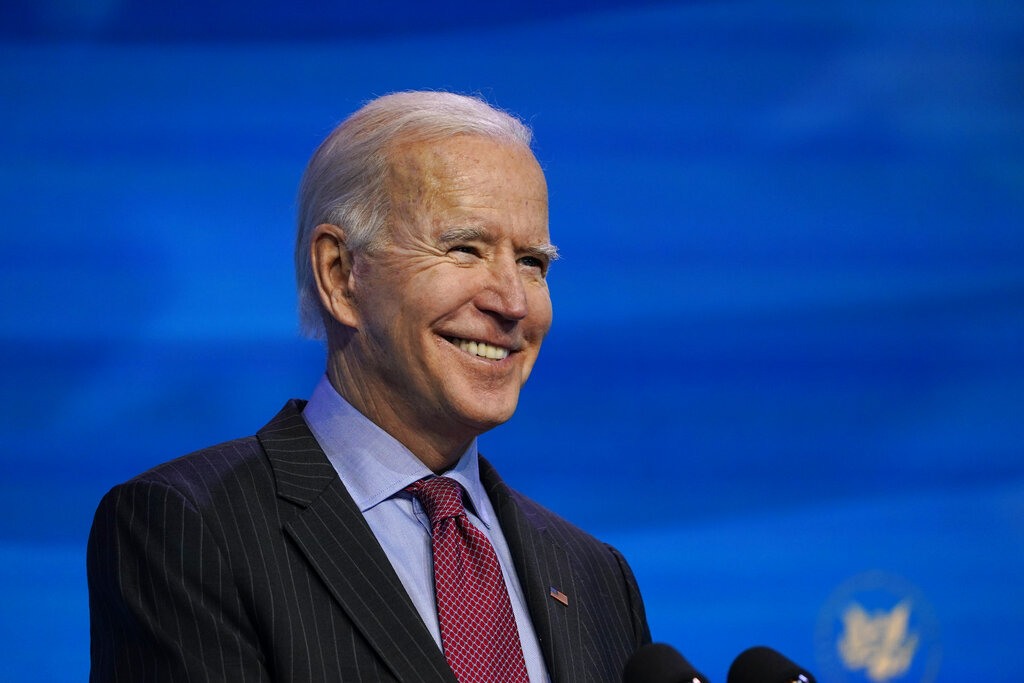 MYRNA BROWN, HOST: Coming up next on The World and Everything in It: protecting the persecuted.

MARY REICHARD, HOST: Advocates for people persecuted around the world welcomed the attention. And they say the Trump administration took significant steps forward on religious liberty issues. That, even as other policies such as on immigration and asylum set it back.

The question now? Will the Biden team build on Trump’s foundation?

Joining us now to talk about that is Mindy Belz. She covers international issues as WORLD’s senior editor. Good morning, Mindy!

REICHARD: What has the Trump administration done to highlight the persecuted?

BELZ: You might say he raised the profile, and he did that by putting people who are passionate about this issue in key places. One of them is Vice President Mike Pence, another was Secretary of State Mike Pompeo. Both championed the importance of religious freedom in U.S. foreign policy and made it key to national security, which is something that many people have been saying should happen for a long time.

Trump also appointed Sam Brownback as the U.S. Ambassador at Large for International Religious Freedom. Brownback is former senator and governor of Kansas with a lot of long history on this topic, who was able to create Ministerials at the State Department level and something called the International Religious Freedom Alliance. These are things that were happening at a diplomatic level, but that’s what was new and exciting about them. One State Department official told me, “Nothing of this scope attempted or imagined before.”

What they did was create a network of senior government leaders around the world who are activated, you might say, on the importance of protecting this ‘first freedom.’ So, I think what the Trump years did was put a lot of scaffolding around the world in place on protecting religious freedom. And that’s scaffolding that we can hope the Biden administration will build upon, not tear down.

REICHARD: You’ve noted some signs that the Biden administration is at least sympathetic to the cause of persecuted minority groups. One is his pick for secretary of state. Tell us about Anthony Blinken.

BELZ: Tony Blinken is a long-time adviser, going back to Biden’s Senate days, and he served at both the State Department and National Security Council under President Obama. Two things I think make him an interesting pick: He has parents who both survived the Holocaust, and he speaks with feeling about how the United States protected and welcomed them. I’m told protecting believers from oppression is an important issue to him.

The second thing is he’s been described as a hawk, and we don’t often see a career diplomat who supports the use of U.S. military power. Blinken broke with the Obama administration over its Syria policy, and in 2017 he applauded the Trump administration for using airstrikes in Syria after a deadly chemical weapons attack there.

REICHARD: Now, Sam Brownback is U.S. Ambassador at Large for International Religious Liberty. Who might be his replacement under Biden?

BELZ: Brownback will be a hard act to follow, and my personal opinion is President Elect Biden would be wise to keep him in the post. But that’s unlikely to happen. The candidates I learned are potential successors include respected names who have served or are serving in these areas: One is Rabbi David Saperstein. He held the post under Obama. Other names include Katrina Lantos Swett and Gayle Manchin, both who have served as commissioners for the U.S. Commission on International Religious Freedom.

There’s a somewhat new name, though, that’s interesting and that is Nury Turkel. Turkel is a Uighur American lawyer and also a member of the commission. His selection would highlight the horrific tension of Uighur Muslims in China that’s ongoing and would be a first for that community. The downside is that Turkel is the least experienced in diplomacy of those names and that is a key part of the job.

REICHARD: We’ve mentioned how the Trump administration’s stance on asylum-seekers was a kind of contradiction to its efforts on religious liberty. But I gather that’s likely to change dramatically under the Biden administration.

BELZ: That’s right, Mary. President Trump not only cut back on admissions for asylum seekers and refugees, but he actually mocked the program. He called it a scam at one point. Since many of those actually are persecuted religious believers, that’s undermined overseas some of the good advances that we’ve been highlighting.

What Biden plans to do is restore the overall program to its pre-Trump level—and actually its pre-Obama level. Already he has said he will raise the refugee resettlement cap this year to 125,000 refugees from its current 15,000. That’s a huge change that will appeal to many Christian and other religious groups.

What we’ll want to watch, Mary: pressure within the Democratic Party to relax border security or admissions protocols in such a way we get another kind of chaos than what we’ve seen with these programs during the Trump years.

REICHARD: Mindy Belz is WORLD’s senior editor. She wrote about this issue in the latest issue of WORLD Magazine. We’ll link to her story in today’s transcript. Thanks so much for joining us today!

BELZ: Thank you for having me, Mary.