Who were the wise men?

WORLD Radio - Who were the wise men? 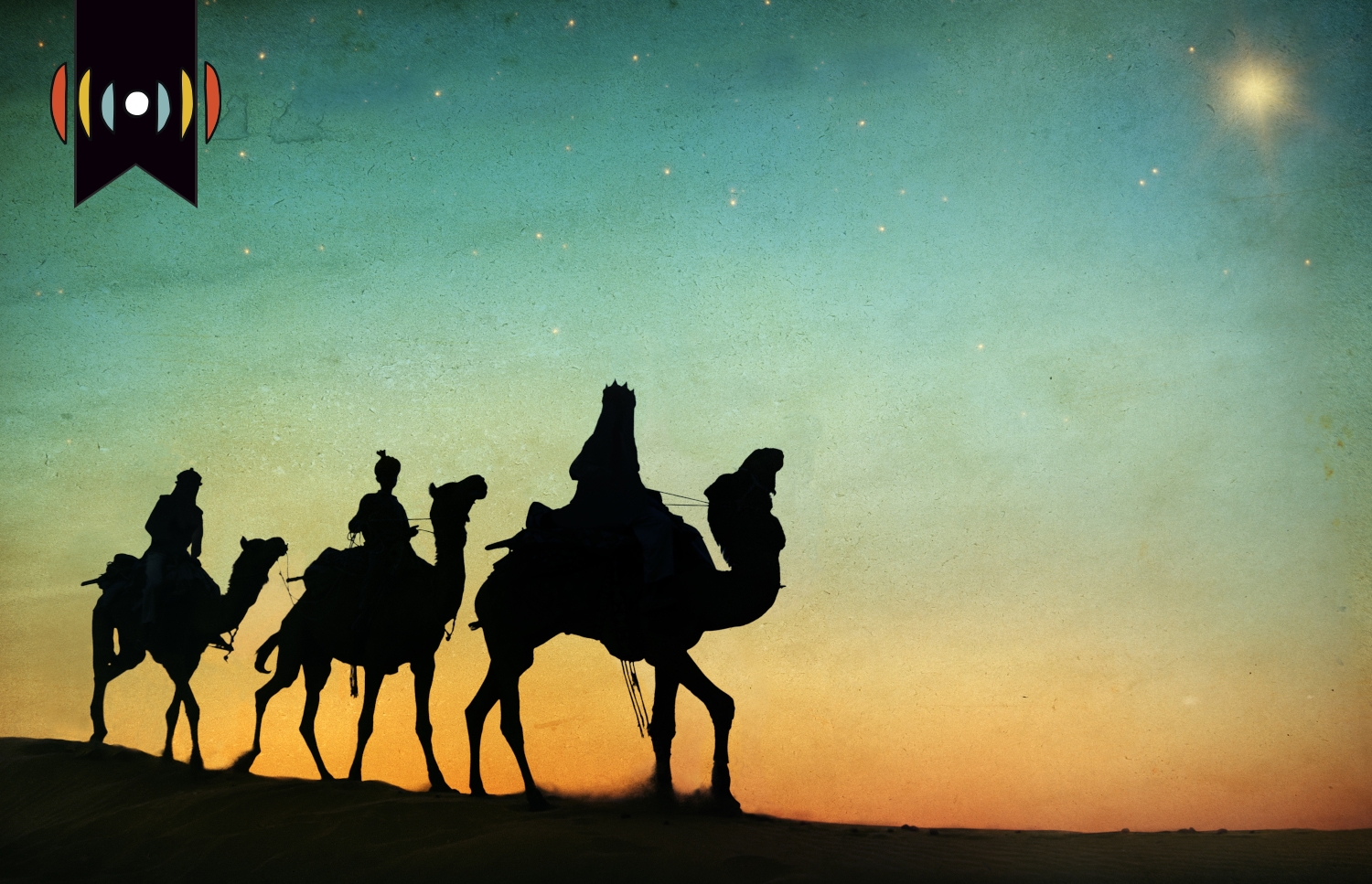 You’re listening to WORLD Radio and we thank you for joining us today.

MYRNA BROWN, HOST: And I’m Myrna Brown. Coming next on The World and Everything in It: the visit of the wise men.

Many churches around the world set aside this day each year to remember them. The wise men appear on Christmas cards, in nativity scenes, and carols. WORLD’s Paul Butler recently spoke with a Bible scholar to try to separate fact from tradition.

PAUL BUTLER, REPORTER: For those Christians around the world who follow the church calendar, today is Epiphany.

IAN PAUL: The word comes from the Greek term meaning, “Revelation,” the presence of God. And it's in particular the revelation of what Jesus is doing…

Ian Paul is a theologian, author, and minister in the Church of England. 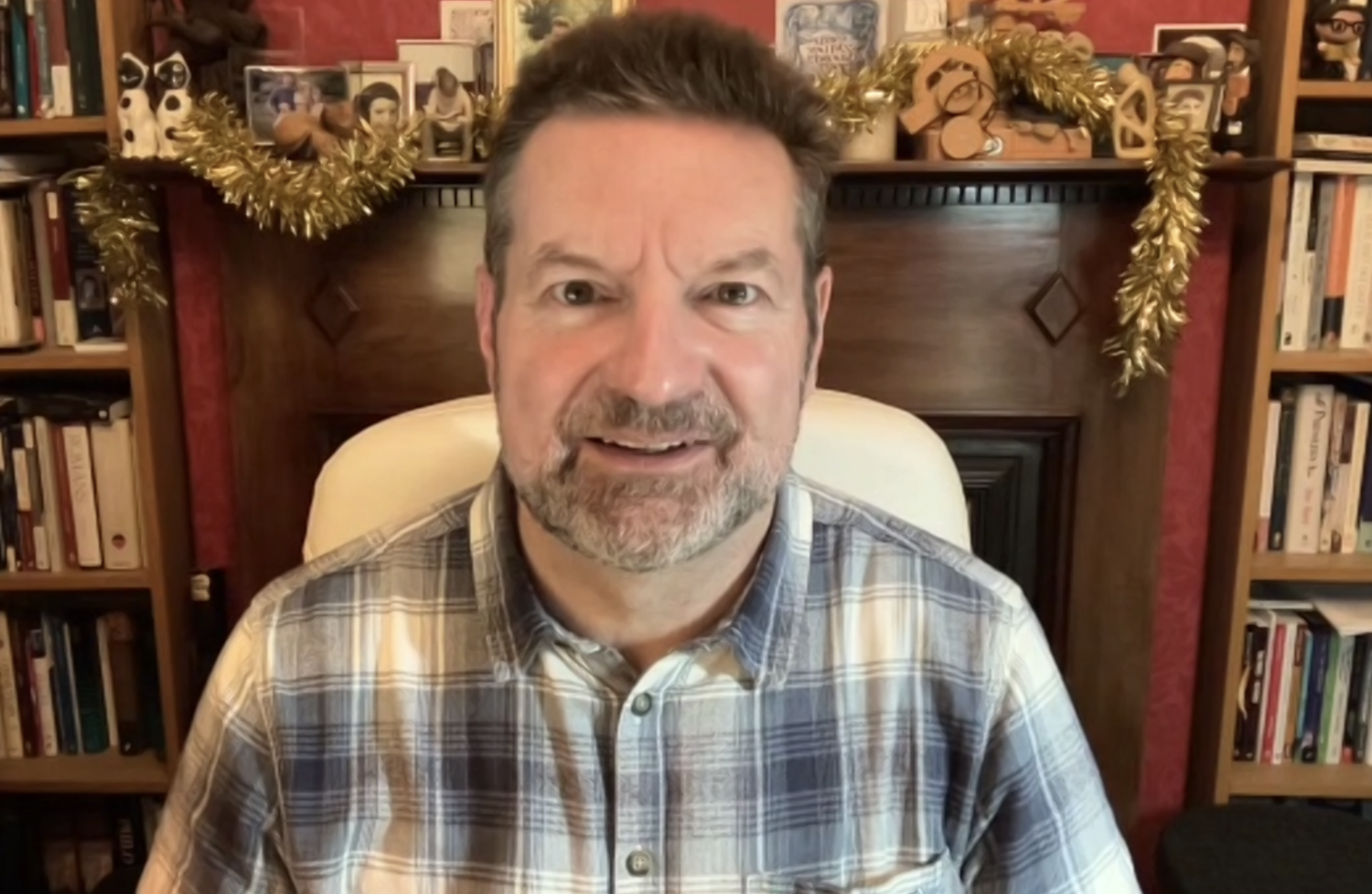 IAN PAUL: …An epiphany is just an early marker saying, “Look, folks, this is what is to come.” So it's a very important thing to notice.

The celebration of Epiphany on January 6th focuses primarily on the arrival of the Magi as recorded in Matthew chapter 2.

IAN PAUL: The gospel writers don't answer all the questions that we might want answering. Where do they come from? How long did it take? What time of year was it? What were their names? So what's happened is the Christian tradition is elaborated and filled in all these details.

In the process, medieval paintings, Christmas carols, and church customs have all done their part to obscure the reality of the Magi.

The opening line of T.S. Eliot’s 1927 poem The Journey Of The Magi is a case in point:

“A cold coming we had of it,
Just the worst time of the year…

The very dead of winter.'
And the camels galled, sore-footed, refractory,
Lying down in the melting snow.”

Eliot’s account reflects our seasonal celebration of Christmas in December, but it isn’t based on any actual scholarship. One carol sings of three kings. It’s highly unlikely that so few would travel so far a distance with valuable gifts. Religious art often paints very distinct ethinic backgrounds to visually represent all the gentile nations. An appropriate vision of God’s family, but again, inaccurate in the specific. Does it matter? Ian Paul says it does.

As he teaches about these mysterious men, he begins by insisting on the Biblical term for them: Magi.

IAN PAUL: Matthew chooses his words carefully, because he hasn't got very many words to tell the story. Bible translators have to make a decision: what do they do with this word? And so one version I looked at—the ESV says—“wise men” with a little footnote. Somewhere in the Christian tradition…they've got translated as kings. And it is actually interesting that they are not kings as there's a particular significance to that. And it's really part of telling us that…Matthew simply isn't playing fast and loose with the facts. It would be quite convenient to have kings come and acknowledge Jesus as King of the Jews…And I think that's part the evidence that Matthew is actually telling his story in a way that's constrained by history.

So who were the Magi? Ian Paul says we can’t know with certainty. Matthew doesn’t say, but Paul believes they were Parthians from Persia—or modern day Iran. Historical records report that the Parthians made trouble for the Romans on the eastern edge of the Empire. This may explain one reason why the Magi’s appearance in Jerusalem was so troubling to the insecure Herod.

IAN PAUL: So, you know, Matthew tells us that when these Magi came from the east, Herod and all Jerusalem were disturbed, deeply disturbed. And the reason is that the Magi were probably a priestly class in power, they functioned as a kind of civil service. So we've got Roman sources who tell us that no one can became a king in Parthia, without the priestly class approving it. So they really did have a role as kingmakers. So it seems to me that what Matthew tells us rings very true with the political situation that we know of in the first century.

Even so, there are well known Bible critics who point to what they identify as contradictions between Matthew and Luke’s account of the nativity story.

IAN PAUL: What is very interesting, though, is if you go through the accounts, and you can actually match up all the key facts in the narrative. So for example, we note that Jesus's parents are called Mary and Joseph, Joseph is of Davidic descent. Both accounts agree that an angel has announced the forthcoming birth of Christ. Both of them agree that the conception of the child is miraculous. In both accounts the angel directs Mary and Joseph to name the child “Jesus.” Both accounts say “He’s going to be the Savior” and so on. So those are major elements of that narrative, which are a core, which agree.

One widely contested difference between Luke and Matthew centers on what Mary and Joseph do after Jesus’s circumcision and later consecration. Luke says they return to Nazareth. Matthew says they flee to Egypt. Is this a contradiction?

IAN PAUL: We need to recognize that both accounts are very compressed, and they both have particular agendas. So for Matthew, Jesus is the King of Kings. For Luke, He is the son of David who is going to suffer. So they have very different theological emphases.

In other words, Luke may simply skip over the trip to Egypt and pick up the narrative as they return to Nazareth sometime later. Ian Paul says: “Silence isn’t the same as contradiction.”

Other Bible commentators have taken a different approach: suggesting that Matthew is offering a parable—so whether it’s historically true or not doesn’t matter to them. They argue that Matthew uses the Magi to teach “Jesus is for all nations.”

IAN PAUL: There's no suggestion whatsoever within the gospel that there's a move from the historical to the parabolic and back again, I mean, when you read this, as many other scholars have said, the Gospels read like what we would call an ancient life of Jesus. They're talking about things that actually happened.

For Paul, the historicity of the Magi—and the gospels—are critical.

IAN PAUL: Tom Wright is not alone among scholars and saying, look, the meaning of the word gospel is it's an announcement of something that's happened. It's not a pronouncement of sort of existential comfort. It's actually saying, God can make a difference in your life, because God has acted in history in the person of Jesus. And the Nativity stories are part of this.

And Ian Paul says the knowledge that God has worked in the past increases our faith that He is at work today.

IAN PAUL: In the Church of England, the Anglican tradition, we have a form of prayer, called a Collect, and it usually has a traditional form. It says, “Oh, God, who did this thing in the past, we pray in our situation, you will do it again in the present.” And it's rooting our confidence and our prayer and intercession: in what God will do, in what he has done. And in the same way that God revealed who Jesus was to these pagan astrologers, from a Gentile nation who were power players in their time—because God has revealed himself in the person of Jesus to these people. We can have confidence that we have good news to announce to all the nations.

Jesus was born for all mankind. So, it makes sense that there were other people aware of his birth. The Maji may not have been there at the manger, but they could have been bearing gifts to a child once the word started to travel.

The Scriptures that Matthew quotes may have a clue, that contemporary Christians should read. The major point of Matthew's gospel is that Jesus is the Messiah, King of the Jews. He proves it with the only available scriptures, commonly called, the Old Testament. Daniel spoke about a lot of future events, but was told to seal up some of the things. Some Messianic Jews point to the fact that the Maji “saw His star in the east”. Margin notes say one can replace east with “when it rose”, or from our eastern city. Daniel was wealthy and died, in Babylon, without an heir. Daniel was chief astrologer.
Hence, one could possibly place Daniel's estate in the care of Jewish astrologers, who only knew that when this alignment appears in the stars, take this offering to the new king in Jerusalem. John's vision Revelation 12 is the scripture which these Messianic Jews cite as the same event which Daniel saw. It only makes sense that no other kingdom's prophecies would point to a Jewish Messiah.

Thanks for this. It is critical to read and interpret scripture, the Word of God, accurately. I appreciate it and you are doing us all a great service. I would add that it has been said that the Maji most likely arrived riding horses, not camels. The camels were used for baggage, not riding. As I penned those words I followed your link (above) to a more complete account by Ian Paul and especially added notes by John Hudghton, who wrote,

"In so many modern-day depictions of Magi they are riding camels. If, as I believe the extremely persuasive evidence indicates that they were Parthians, there is as much hope of them arriving on a camel as there would be of a chapter of bikers opting to travel in a van rather than on a bike. Camels were for luggage and yes they would have had some of this, but horses were for personal transport and the few depictions there are in the history of art of Magi on horseback have got it right."