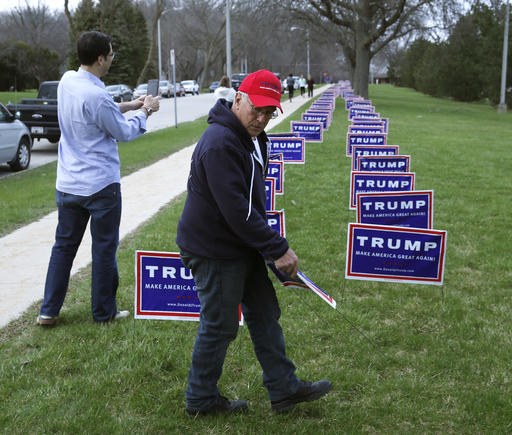 MARY REICHARD, HOST: Today is Tuesday, October 20th. Good morning! This is The World and Everything in It from WORLD Radio, supported by listeners. I’m Mary Reichard.

MEGAN BASHAM, HOST: And I’m Megan Basham. Next up, we welcome a new voice to the program!

She’s someone you might even have talked to by phone or you might have received a note from her at some point. That’s because Whitney Williams keeps track of donors who support this program and makes sure to thank them for that support. Oh, and she’s also mother to three young boys.

REICHARD: So I can imagine we’ll hear more about that in the days to come! For today, Whitney turns her attention to the one thing on just about everyone’s mind these days: the election.

WHITNEY WILLIAMS, COMMENTATOR: Maybe I’m a snowflake, but I’m not a fan of our current political climate.

I’ve tried to get away from the drama in my own way. Avoid the mainstream media. Avoid talk radio. Avoid the presidential debates.  I’ve even unfollowed people on social media, even those I agree with.

So, I’ve hunkered down at home, busy working and homeschooling my 7-year-old. And trying to keep straight which of my 3-year-old twins gets the middle car seat next.

But even with my efforts to avoid politics, a yard sign shows up. My neighbor put up a Trump sign. Even in my small Texas town, that’s a statement.

How might a Biden supporter take my neighbor’s statement?

I didn’t have to wonder for very long.

Pretty soon, the family across the street from the Trump sign put up no less than four anti-Trump signs. Not just your everyday Biden/Harris signs, mind you. Each had a mocking illustration of our president’s hair. Two said “nope,” one said “nah,” and the last one a denunciation that included the word, H-E-double hockey sticks.

I’m sure that’ll really stick it to ‘em.

Now, right behind those signs is a nice welcome sign. But I’m not sure I believe it.

When I saw those warring signs, my stomach turned. I feel the tension every single day as I drive by those houses, divided by a road. A visual of the division in this country. The signs screaming at one another. At me.

I’ve chosen my own side, of course, but I don’t want to scream about it.

And I can’t help but wonder.  How would these neighbors treat each other if they happened to walk out to their mailboxes at the same time? Would they say hi? Avoid eye contact? Feel awkward at all?

When a Christian puts up a political sign I wonder, what’s the motive? Does he think he’ll sway an undecided voter? What do these signs accomplish? Don’t they deepen the divide we already feel?

As Americans, as Christians, don’t we want unity? Peace? At least as far as is possible? My soul longs for it.

This longing takes me back to a few years ago when my family was on vacation—my parents bickering about directions in the front seat. My husband and I in the back. My husband was in full-on vacation mode and he’d had enough of the argument up front.

He spread his arms out across the back seat and super chilled out, suggested over their warring voices, “Can’t we all just loooooove?” Everybody laughed, and my parents took their argument down a few notches.

“Can’t we all just looove?” I wondered again as I passed through the signs this morning. Stop the arguing, you know?

The Holy Spirit answered, “yes.” Christians must be peacemakers. Scripture commands it, through Paul’s writing in Romans: “If possible, so far as it depends on you, live in peace with everyone.”