A mother bird can teach a lot about about parenting humans 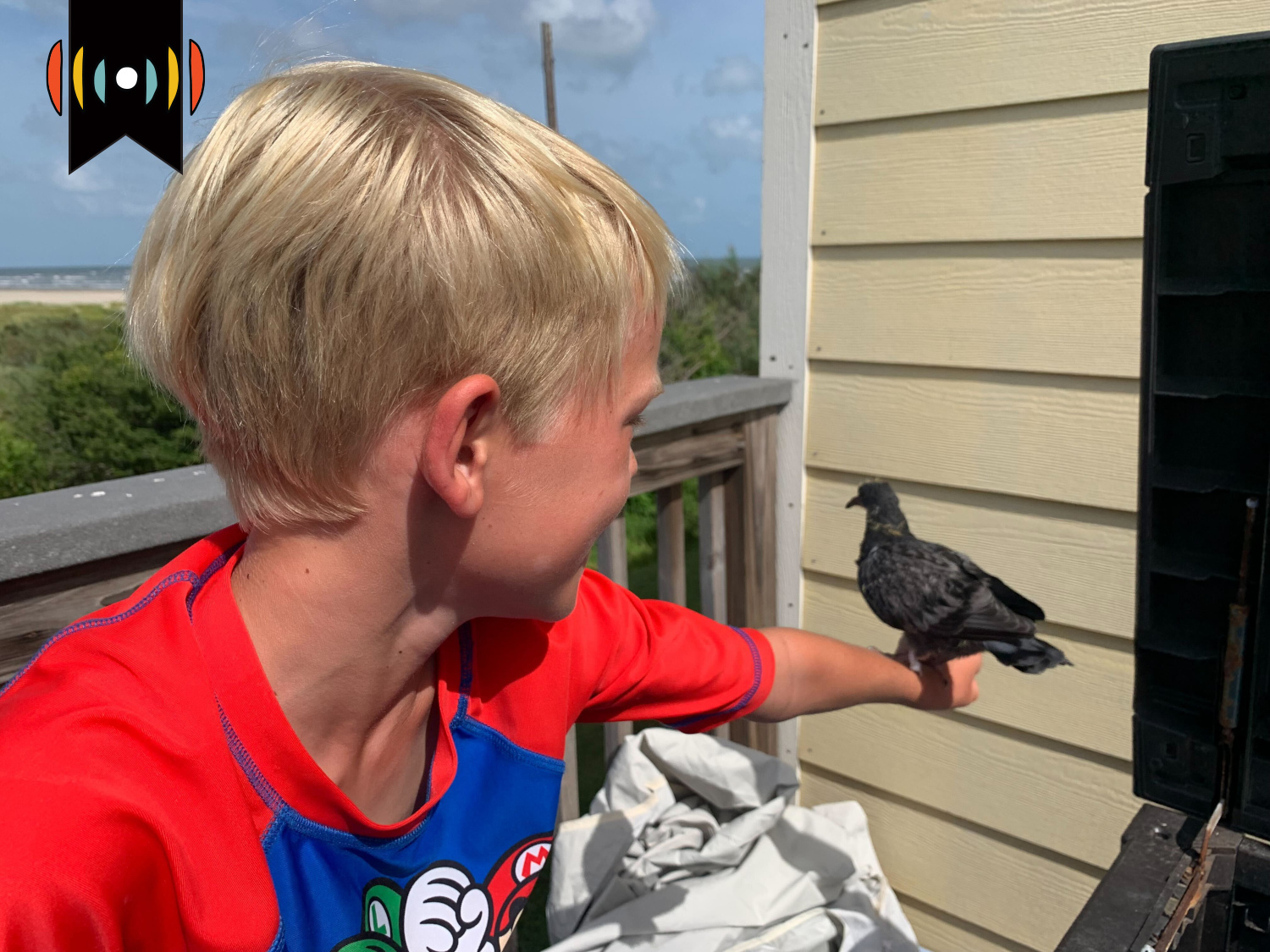 NICK EICHER, HOST: Today is Tuesday, September 27th. Good morning! This is The World and Everything in It from listener-supported WORLD Radio. I’m Nick Eicher.

AUDIO: We have never done this. I have neverever touched a bird. Ever.

WHITNEY WILLIAMS, COMMENTATOR: I assume the young, fledgling pigeon hopping around in the grass beneath our beach rental decided that when it came to getting caught, a lurching five-year-old boy was preferable to a hungry, lurking cat, because he seemed to gladly surrender himself into my son’s hands.

I might have taken my chances with the nearby cat, but the feathers strewn out across the yard were a bit ominous, I’ll admit.

Next thing I knew, my three boys had the seemingly injured bird named, claimed, and sitting atop my favorite pair of shorts on a barstool inside the beach house.

Kevin Ritchie Williams immediately nestled in, seemingly content, as if this wasn’t the first time humans had scooped him up and heaped love upon him. The hum of my husband’s live bait tank lulled him to sleep—but not for long.

The kids gushed with love for their new feathered friend. When Kevin pooped on my shorts, it sealed the deal. They wanted to keep him. “Can he sleep with us tonight?” they begged. “No,” I chuckled, as I snapped photos of Kevin walking around on top of my husband’s head and back. “He’s a wild animal.”

Craw full, wings intact, my husband decided, after continued online research, that the fledgling was not orphaned, nor injured. “He just doesn’t know how to fly yet,” he told the boys. So we took him out on the second-story deck for lessons.

Adult pigeons observed from a nearby rooftop. We decided to leave Kevin out there to see what they’d do.

A few hours later, Kevin’s mom swooped in to feed him. She then flew off of the deck to a nearby roof. She turned around to look at him, as if to say, “come on, son. Follow me. Watch how I do it.” His dad flew in and did the same.

But Kevin stayed put. Not interested in the slightest. He stayed uninterested in flying over the course of several days, despite his parents’ best efforts.

“I know the feeling, Mama,” I thought, as I watched the scene play out behind a sliding glass door and reflected on the past three years of homeschooling my eldest—to say we ruffled one another’s feathers would be an understatement. We’d be trying a nearby Christian school the next week. “Will he find his wings?” I wondered, hoping it was the right move, as I pulled my little bird close.

The next day, we said our goodbyes to Kevin and loaded up in our truck to head home. The boys were bummed. They had wanted so badly to see their little bird soar.

”He will,” my husband told our boys confidently.

“He is,” I rejoice each morning as my little bird bounds out of our minivan into his new school, suddenly excited to learn, excited to read, excited to do math.

“Who is this kid?” I laugh to myself, as I make my way back home, so grateful that my little Kevin is finally finding his wings.

It was either gonna be that or ominous feathers strewn across the yard.